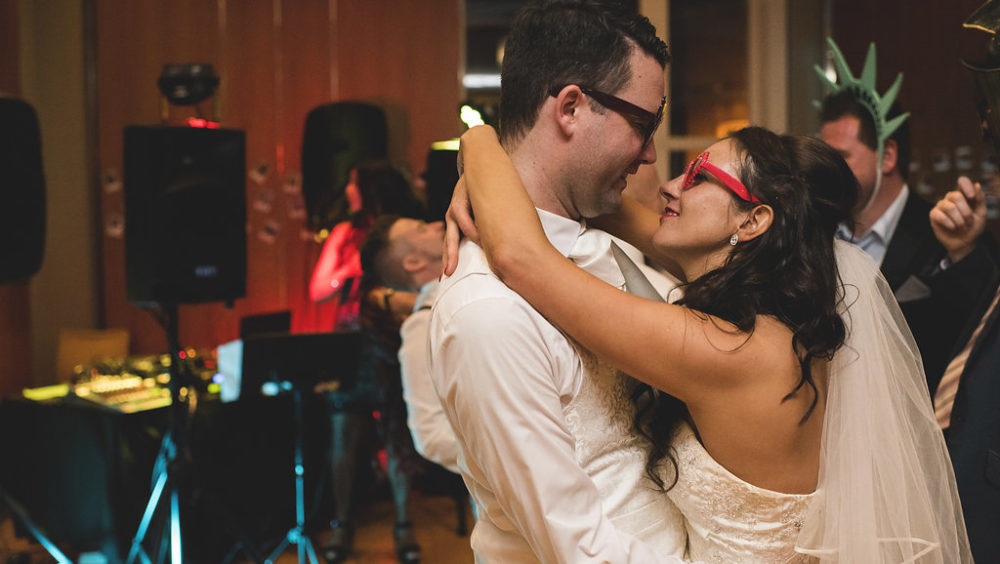 If you couldn’t tell already this couple is one of a kind, in the best way possible, and their wedding day was too!

Full of fabulous touches, from golden pineapples to a colourful jelly shot tower, Pip and Todd threw the ultimate wedding bash at Harts Hotel Nottingham. Todd a lover of Batman and Pip a fan of Wonder Woman, met as many other modern couples do..on Tinder! But you won’t believe their proposal story! You could almost say Todd walked miles and miles just to pop the question.

Take a good look at this couples fun wedding story and before you know it you’ll be wishing you were there too!

“Todd and I both moved back to Nottingham within weeks of each other at the tail end of 2014; both being new to the Nottingham dating scene we turned to Tinder (of all places) and had our first date on 30th December, and I think it’s safe to say it was love at first sight – Todd’s highlight of that first date was that I suggested Pit and Pendulum as a suitable date spot, somewhere he spent many a night in during his Uni years –it’s not very glam!”

“Todd is a Graphic Designer originally from Stoke, he studied at Nottingham, and always wanted to return. He shamefully supports Port Vale, has slowly become a wine and cheese snob over the last three years and loves all things Japanese.”

“I work in Publishing as an Operations Manager, I lived in London for 8 years following graduation, and finally decided to move back home when at the grand old age of 31 when I decided that I would rather be a spinster near my parents than alone in the capital! I like all wine (fine not required!), long country walks and really bad TV (according to Todd).”

“We both have a shared obsession in superheroes; Todd genuinely believes he is Batman whilst I’m more modest in that I think I look a bit like Wonder Woman, plus she’s the ultimate feminist.” 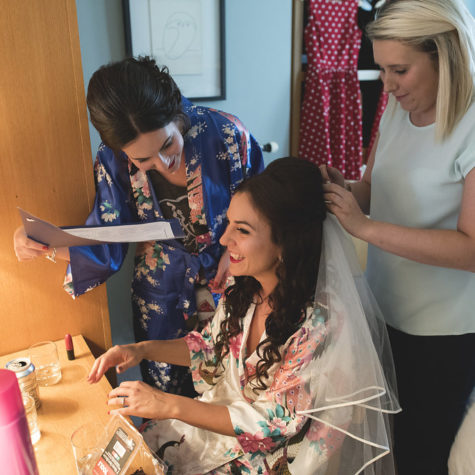 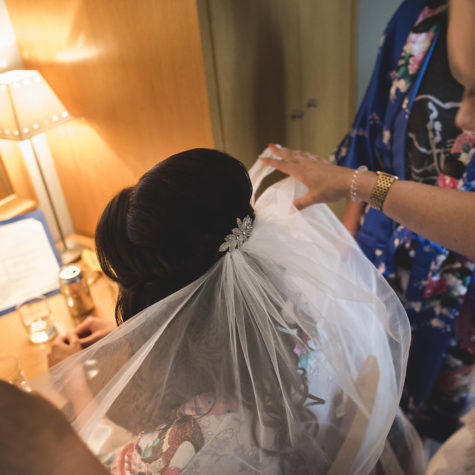 “For my mum’s 60th birthday she watched a film called ‘The Way’ and decided that she wanted to walk the Camino, so we merrily (or more honestly, painfully!!) walked 115km from Sarria to Santiago de Compestela. Since then it’s been an annual pilgrimage for my mother and I. The first year Todd and I were dating, I spent the whole Camino in a bit of a grump because Todd wasn’t there, little did I know that when he picked me up from the airport upon my return, that a plan had already formed.”

“The next year, 2016, Todd bravely agreed to come with my mother and me to walk for 5 days, sleep in alburgues (Spanish hostels) and drink local wine. He had one rule “no complain in Spain!” On the last day, with sore feet, and admittedly a little hungover we traipsed into Santiago with our bags on our backs and went to collect our certificate for completing over 100km. Todd went first, which I didn’t think much of at the time, then I went to collect my certificate and got into a long chat about how my Latin name is ‘Pippadocus’. As my mother and I walked out to join Todd in the sunshine he starts moaning about how tired he is, to which I told him to man up it’s over now. Then he started laughing hysterically and dropped to one knee. I was totally confused, wearing a wonder woman t-shirt and my giant backpack, and then he asked me to marry him. (My mum had surreptitiously fallen back to take photos). My first response was ‘nah’ – which I had always warned him would be the case, followed by lots of happy tears. We spent the rest of the day trying to tell people in Spanish that we just got engaged “estamos comprometidos!” It was the best day of my life.” 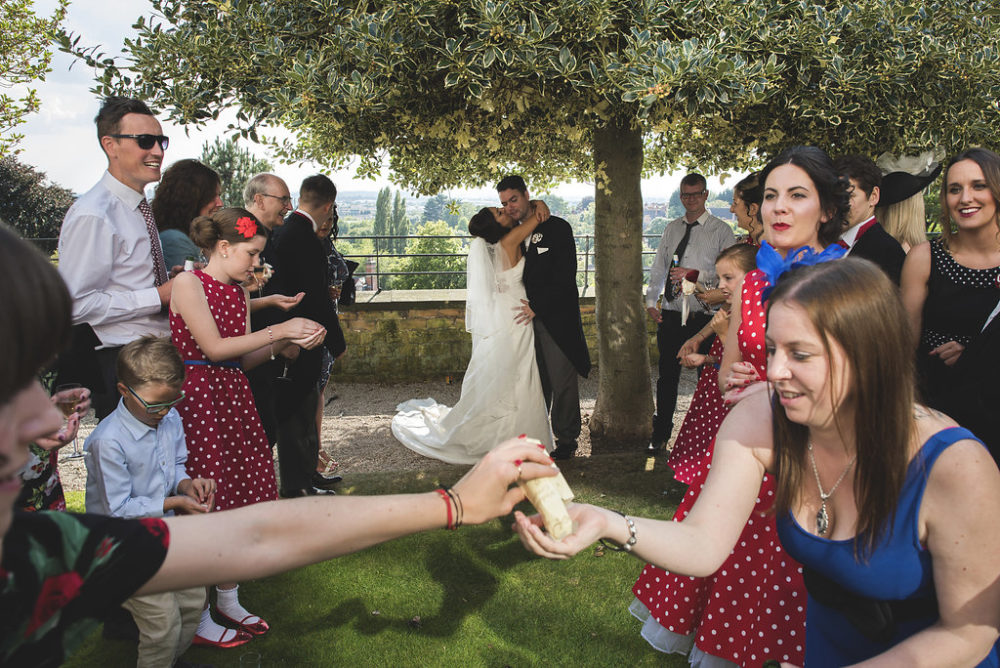 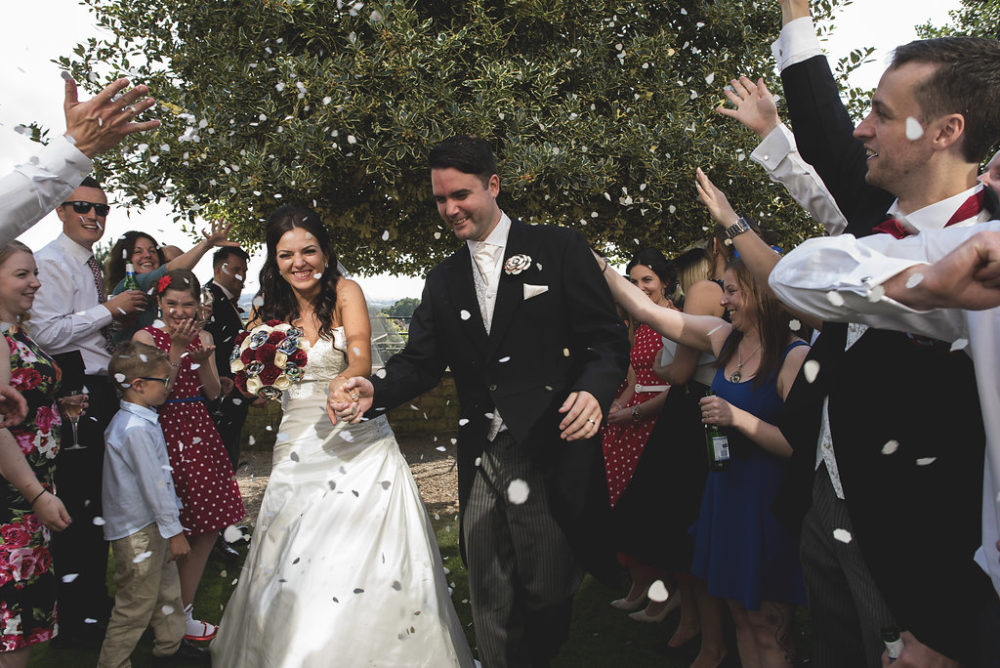 “We knew from the start that we wanted a local wedding, whilst a luxurious foreign holiday would have been amazing, our families are very important to us, so we wanted to ensure the wedding was affordable for everyone. It was the garden that took our breath away at Harts, it has the most glorious view of Nottingham and it felt like a way to truly celebrate the city where we fell in love. Sally and the Hotel manager were kind enough to give us a wonderful tour of the hotel and the restaurant. We loved the elegant and stylish décor, as well as the sense that you were truly on holiday – the garden rooms with the door which opens out onto the garden was a true luxury.”

“There’s something understatedly glamourous about Harts, it is self-assured enough not to have to be pretentious, and as such the space just flows. It felt to us, not only like somewhere we could revisit in the future, but also somewhere that reflected us as a couple – or the couple we aspire to be (looking at you wine snob!) It was later that we decided on the council house for the actual ceremony, the ballroom is one of Todd’s favourite rooms in Nottingham and it felt right that we would hold our actual ceremony in somewhere so central to the heart of Nottingham.” 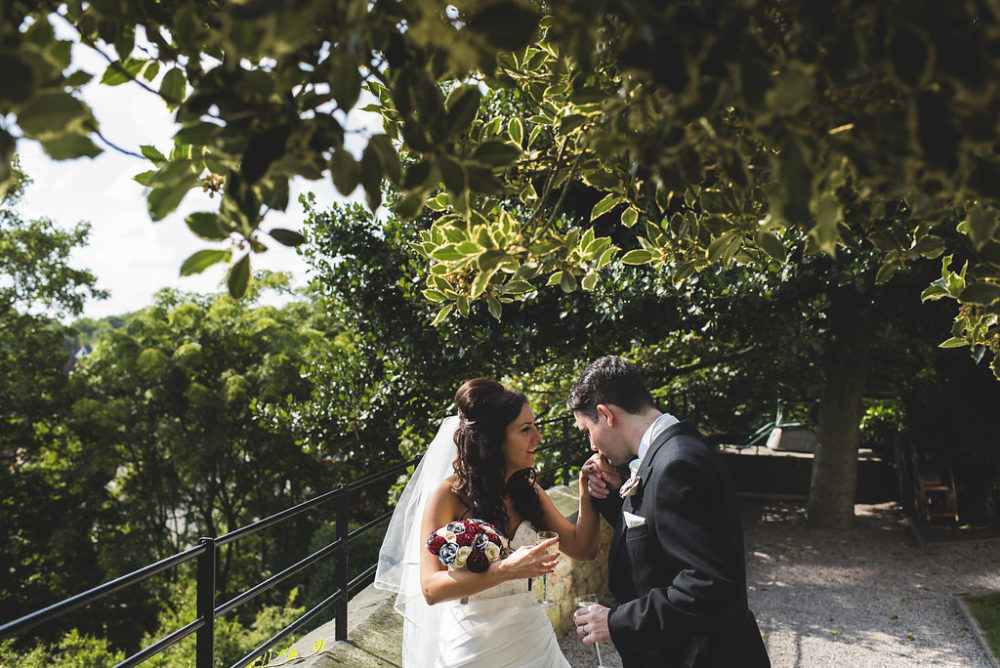 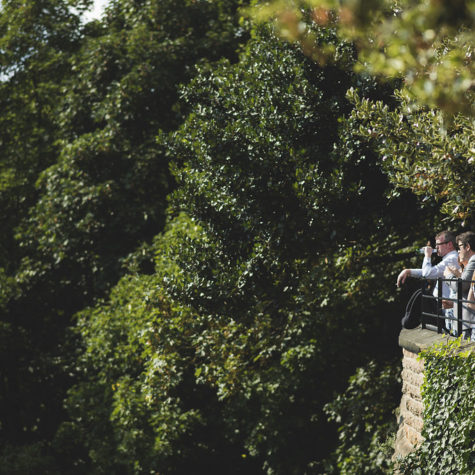 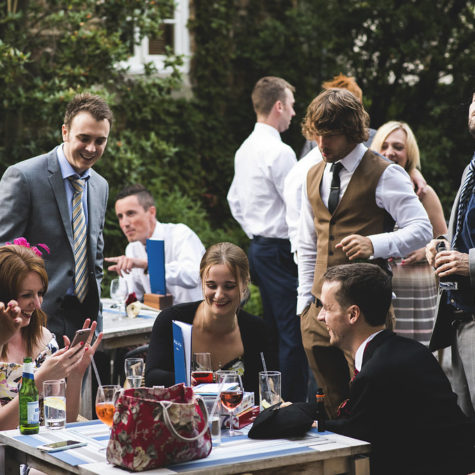 “There are two parts of the day which truly stand out; after the wedding ceremony, Todd and I ran across Nottingham centre in our wedding attire to grab a taxi – which was so much fun! The food was absolutely amazing, you cannot fault the service and quality at Harts and I think this truly stood out on the day. The experience overall was amazing, we were truly spoilt!” 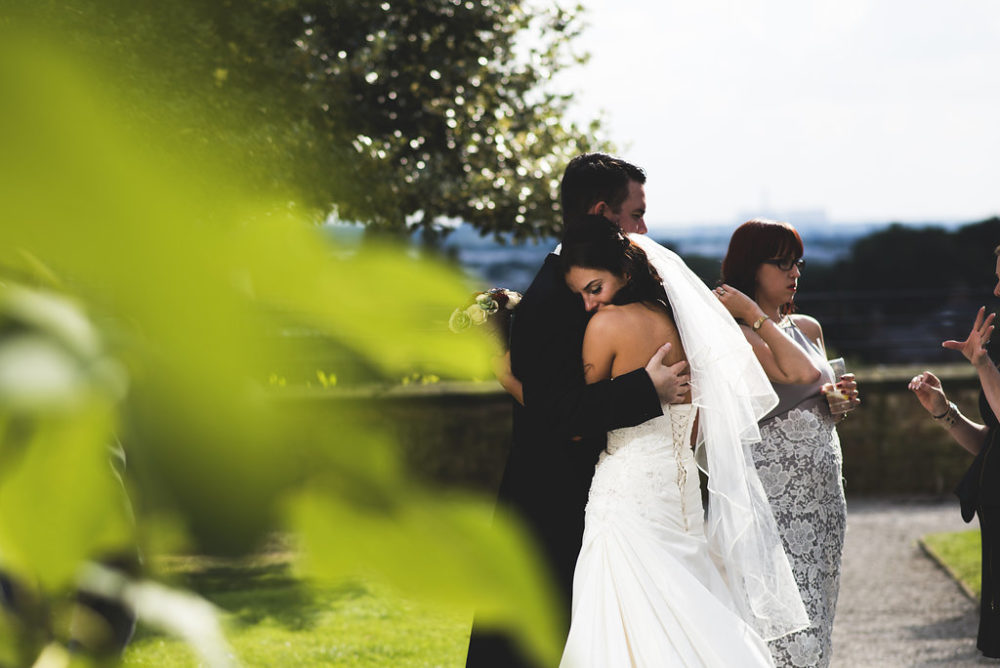 “Martin offered us something that we didn’t even think we were looking for, documentary photography.  When we saw Martin’s album, the emotion and the natural happiness spilled from the pages and we knew it would suit us perfectly. It was very easy and relaxed working with Martin, we didn’t have to worry about a thing all day. The photos themselves are absolutely stunning – we have had so many compliments about them! We deliberately didn’t have any of the usual posed photos, and I think it helped allow the day to flow naturally, it also means that we have some really original shots!” 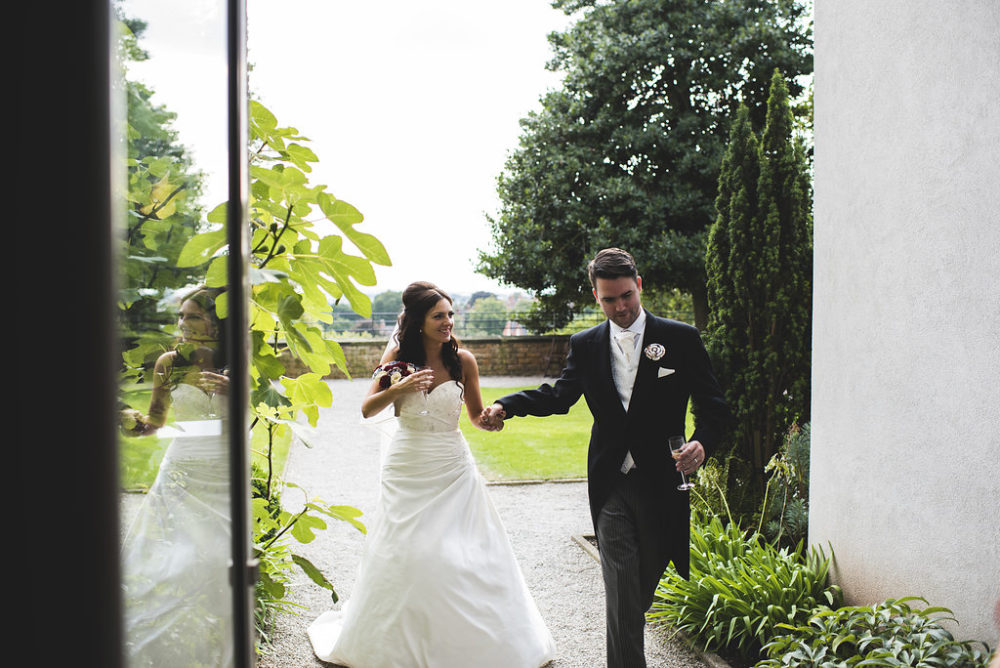 “Todd wore a classic morning suit, he went through a range of ideas – at one point tartan trousers were a very real option – which would be fine… except for my polka dot bridesmaid dresses! I chose my bridesmaid dresses before anything else – I knew that I wanted red polka dot 50’s dresses with big skirts, and black cat-flick eyeliner!”

“It was harder to find my wedding dress, I always envisioned a tightly fitted fishtail dress, very glamorous and simple. However, as the process went on I became disillusioned that I would ever find that dress – and when we finally did try on one that fit the spec, I felt fat!”

“On a whim, my mother and one of my bridesmaids accompanied me to Wed2B to try on some different styles, and the third dress I tried on was the one. Cue a mad dash to Rotherham to get the last one in my size! It was far bigger than I expected – and strapless! Something I had never expected. But it was suitably dramatic and allowed to me to run ‘elegantly’ across Nottingham Town Square.”

“My favourite part of my outfit was my red Badgely Mischka shoes with a diamanté finish – they are the most perfect thing that has ever covered my feet!” 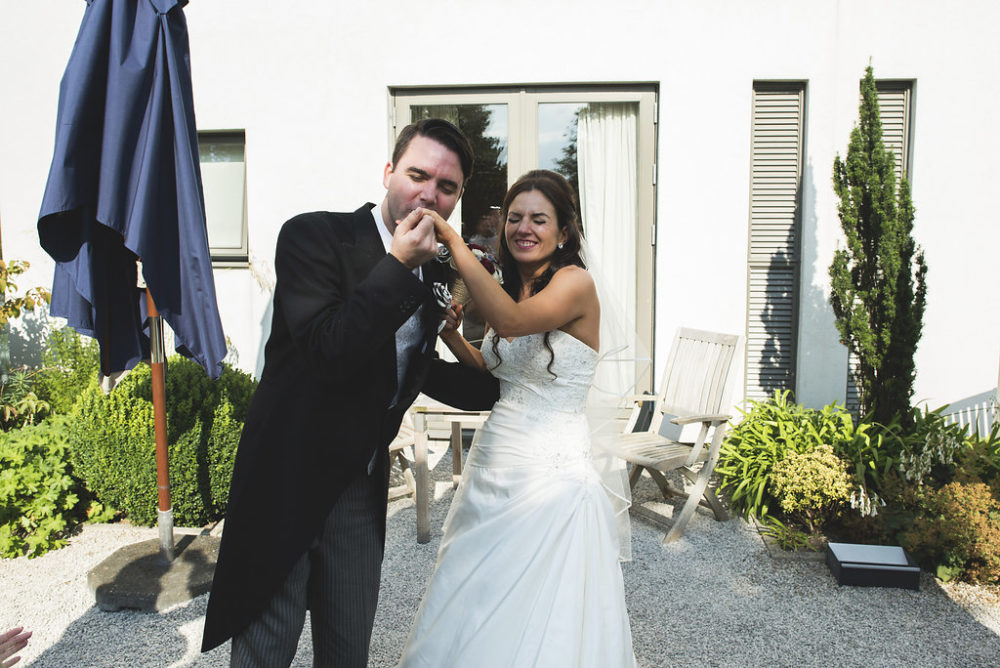 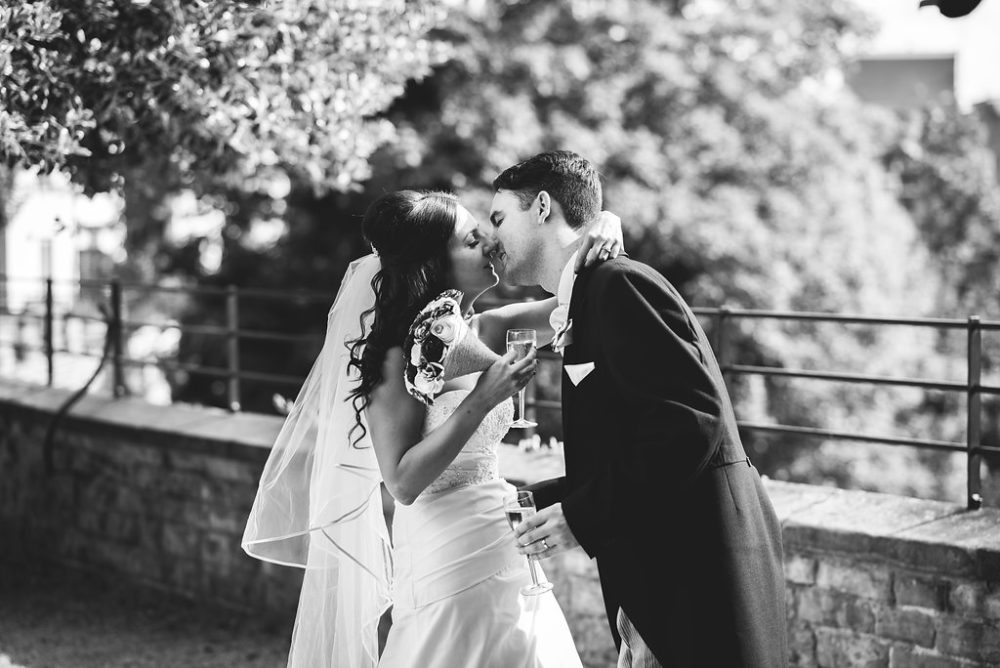 “I don’t think that we consciously followed any trends, although we did pick up a couple of themes. We mixed some 1950’s styling, a travel element, with a few superhero touches and a hint of golden pineapples. The table settings were certainly varied, my mother grow flowers from her garden which we put in jam jars, I made Woman Woman tiaras, Todd bought some plastic Batman masks, we spray painted photo frames and used photos of Todd and I from our ‘theme nights’ as well as each table was finished with a Golden Pineapple.”

“We tried to include some travel elements as Todd and I do monthly ‘theme nights’ wherein we cook, and dress from a different country. So in addition to the photos, I  hand-made wedding favours – little card suitcases, which I cut and stuck for weeks, and then included a personal handmade card for each guest to thank them for coming. Todd printed out flag facts…” 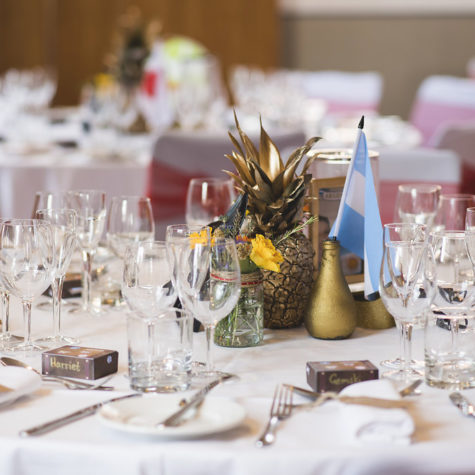 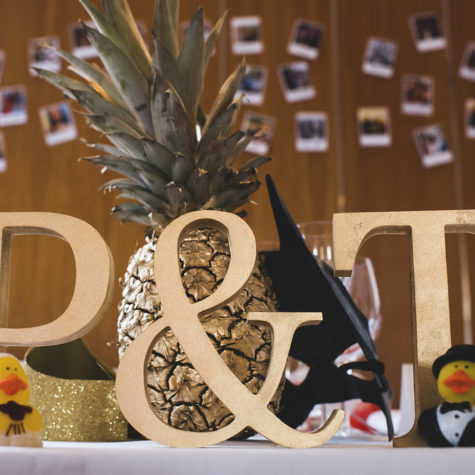 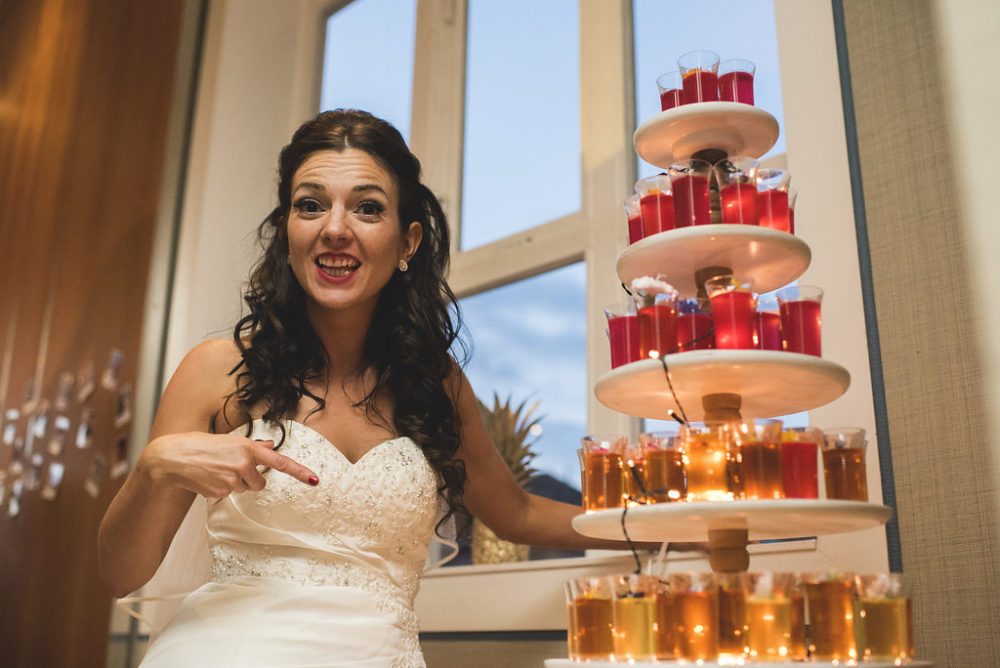 “I think running across Market Square was pretty special! Getting ready in the morning with my girls was lovely, and I love the photos of Todd before at Pit and Pendulum (our first date venue) with most of our wedding party! It was great just seeing everyone get into the swing of things and wearing the fancy dress – I think the jelly shots definitely helped people lose their inhibitions!”

“The absolute best moment was the next morning waking up holding my husband’s hand wearing my wedding ring, and knowing that I get to spend the rest of my life with my best friend!” 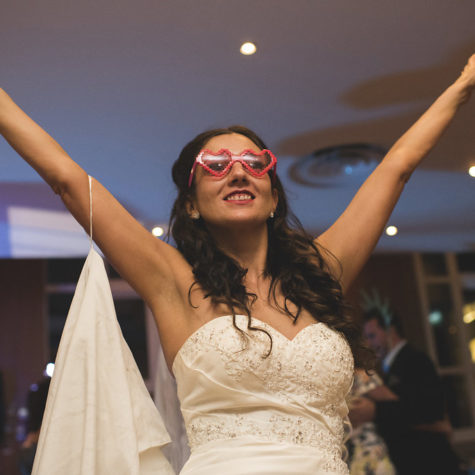 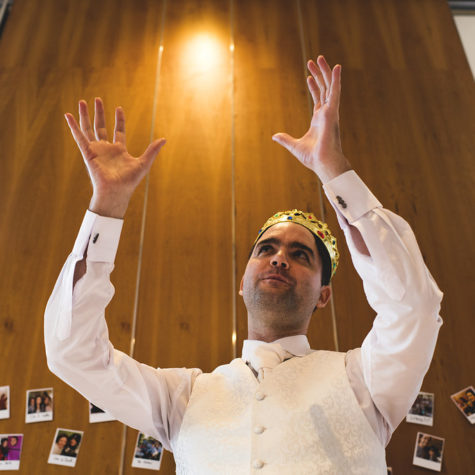 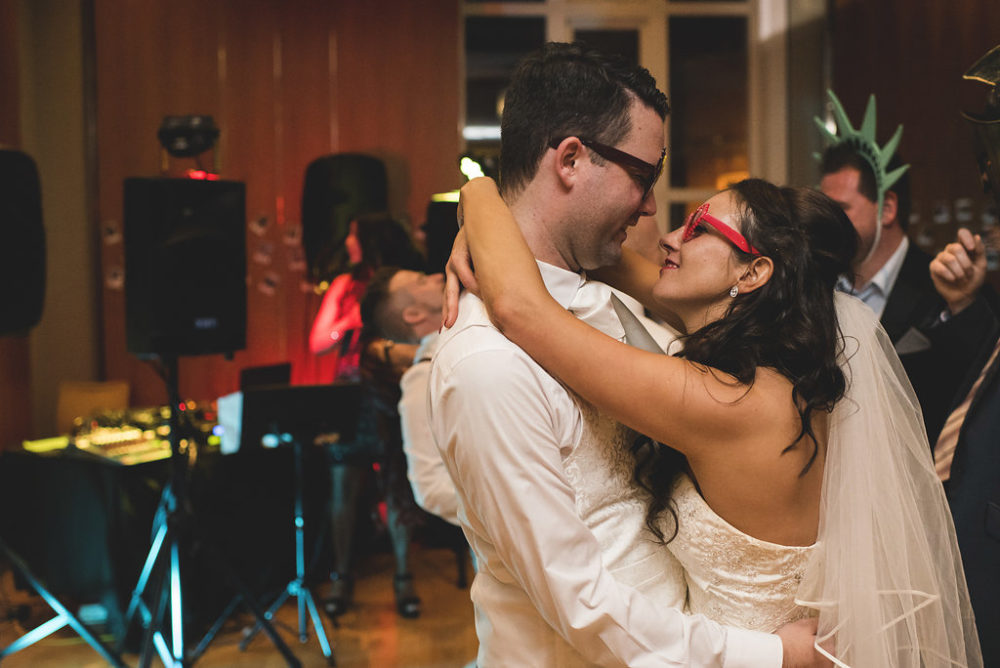 “I’d thoroughly recommend even the most nervous bride embrace the day – when we got out of the taxi at Market Square and walked across with my bridal party with the huge Nottingham Summer Beach in place, it was hilarious and definitely dulled my nerves!”

“Finally, the staff at Harts were just incredible – couldn’t fault them! So incredibly helpful and professional, absolutely perfect! They made the day effortless!” 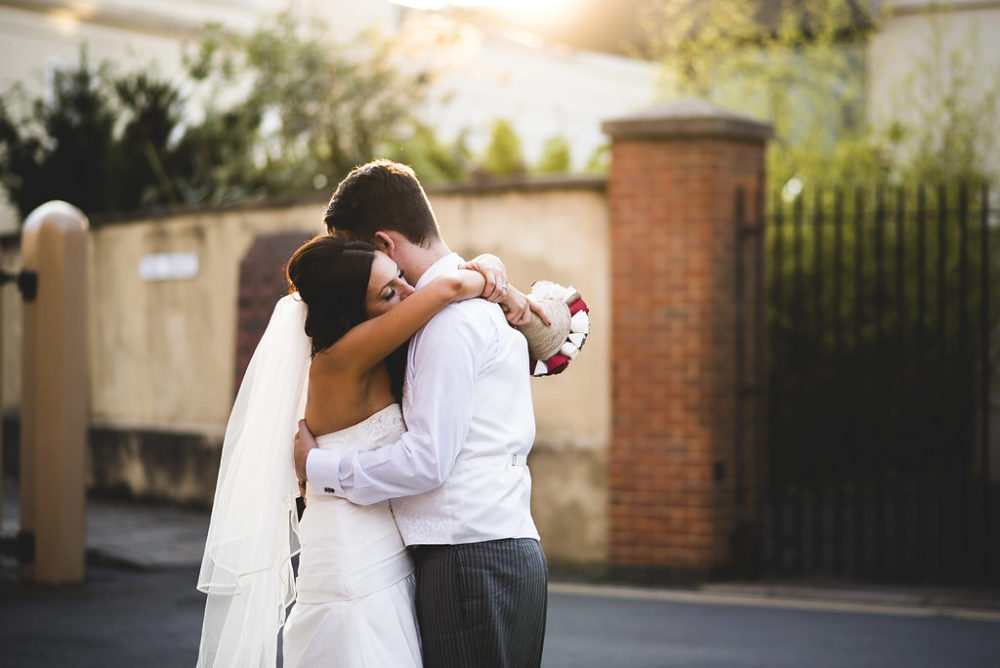