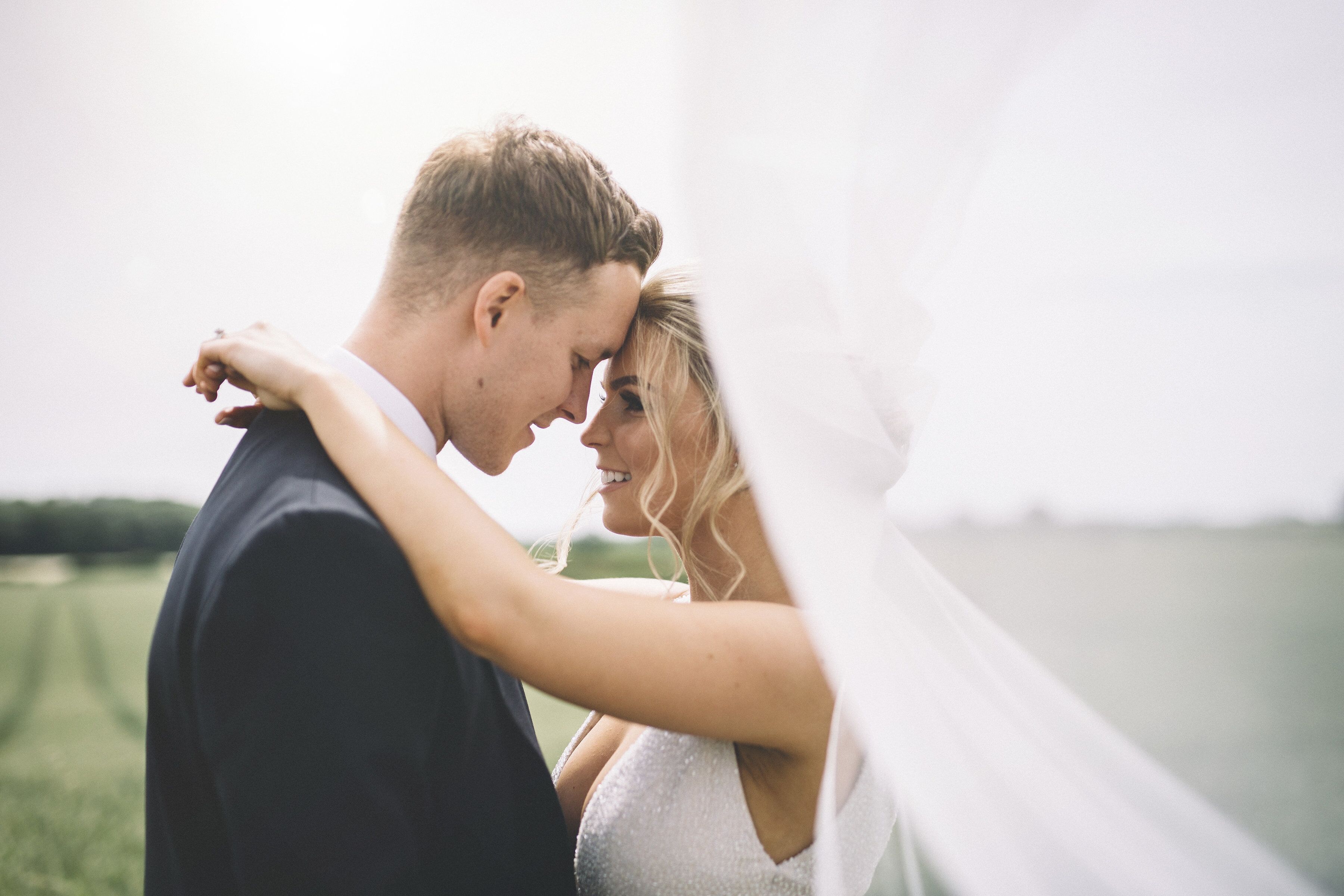 Elegant, relaxed and a touch of rustic – Holli & Richard at Priory Cottages

Having met for the first time when they were just students, Holli and Richard knew they had found something special. Two years and a surprise proposal later, the couple tied the knot in Priory Cottages.

For the wedding, they did not want to make it too formal as they wanted everyone to feel as relaxed as possible, deciding to keep it simple and elegant. Holli didn’t want it to become too country-themed since the venue was a barn, so she made sure the flowers and the decoration steered clear from that theme and she brought out the touch glamour! They chose an all-white theme for the flowers, using touches of blush and ivory for contrast. The ceremony floral columns were made with white lisianthus, big white roses, white peonies, green bell and white hydrangea. 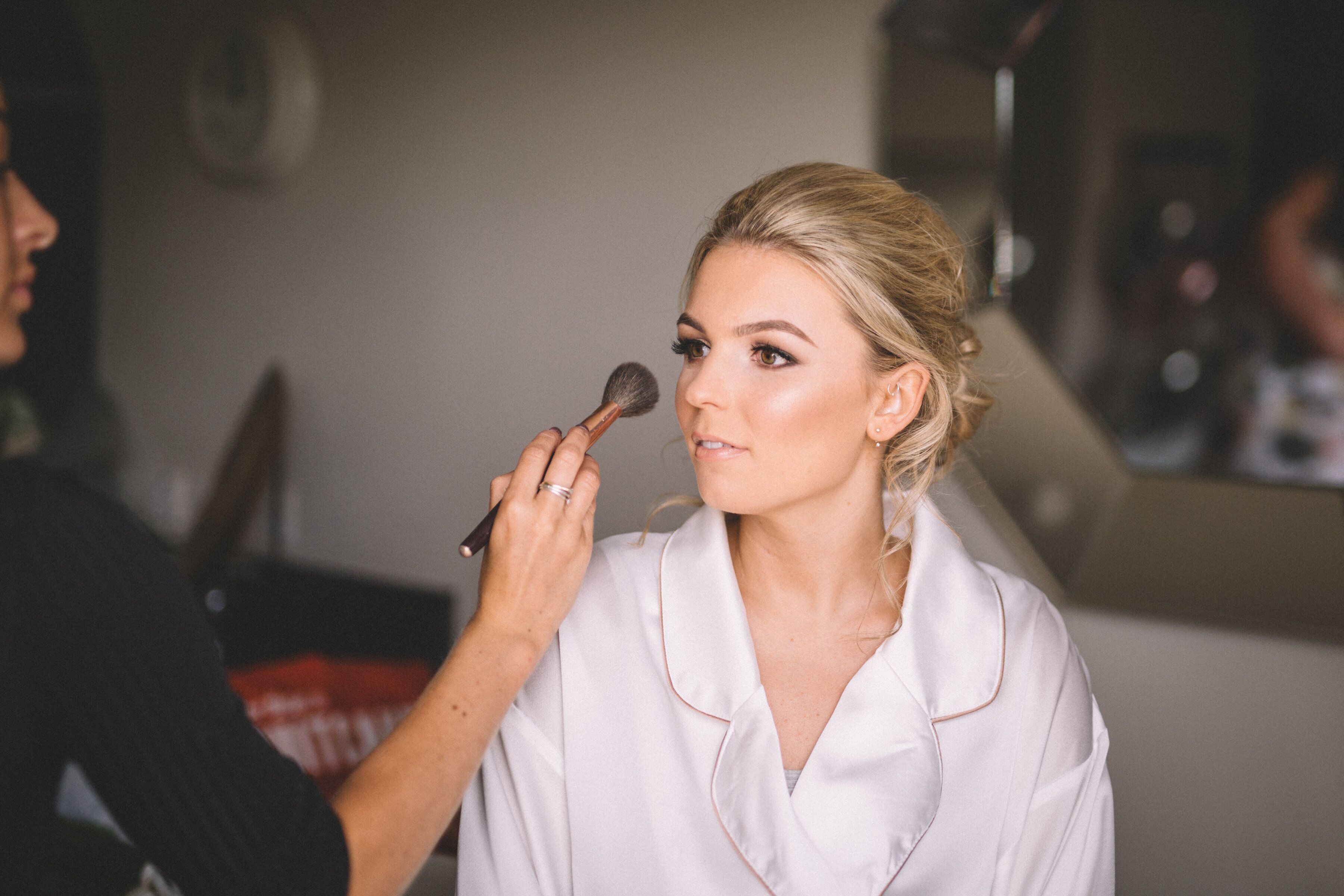 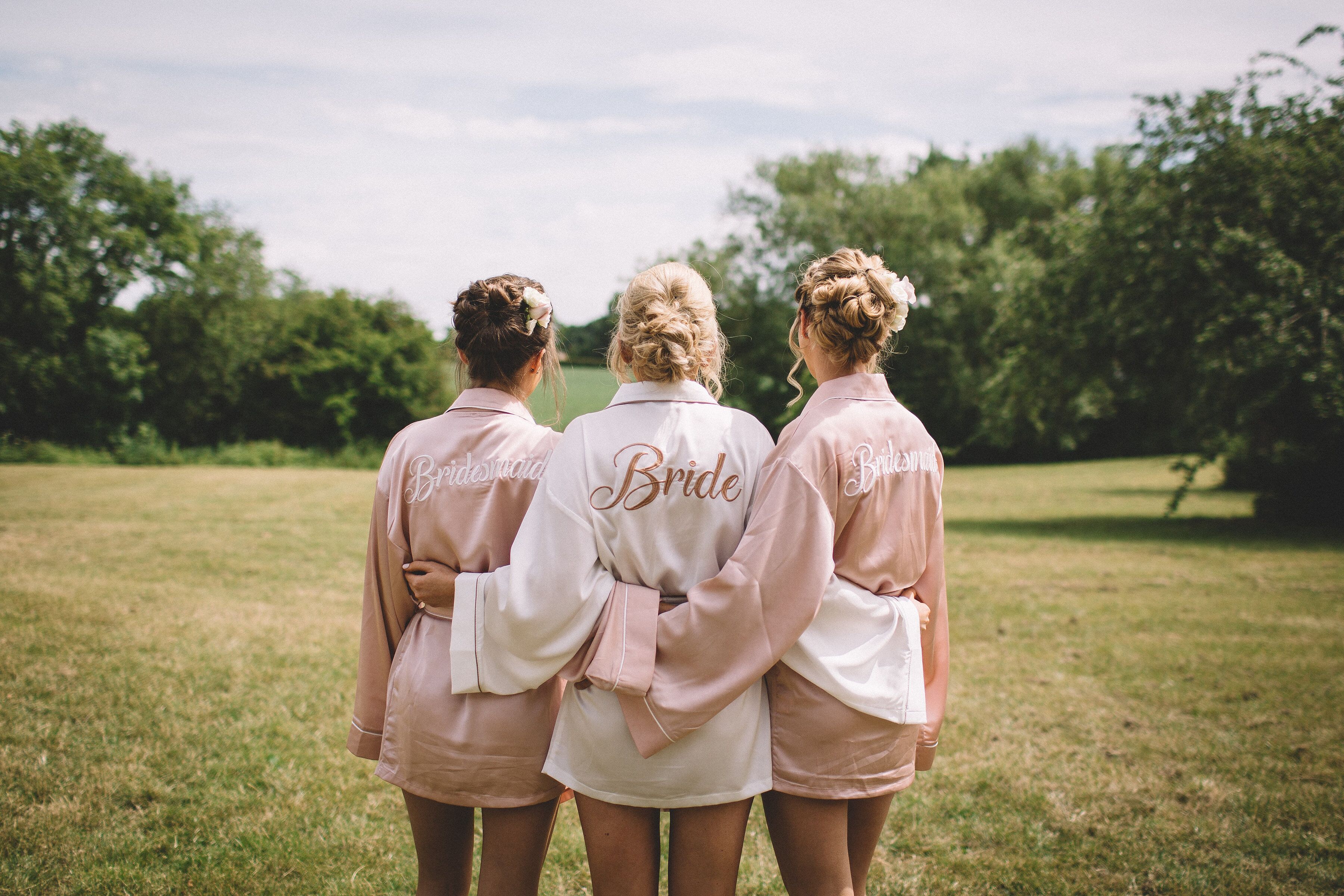 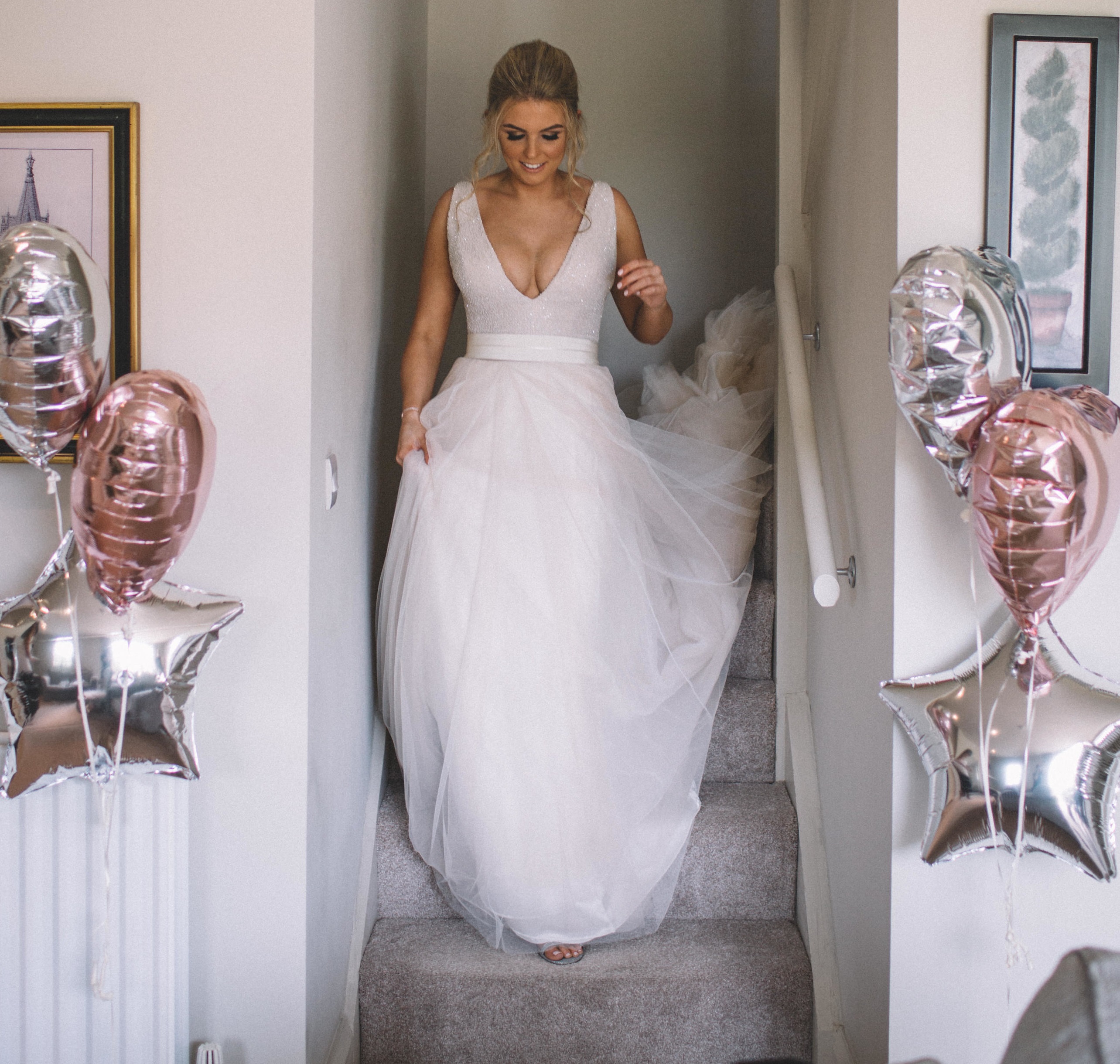 We met working together at Ted Baker when Rich was at university and I was just out of school. 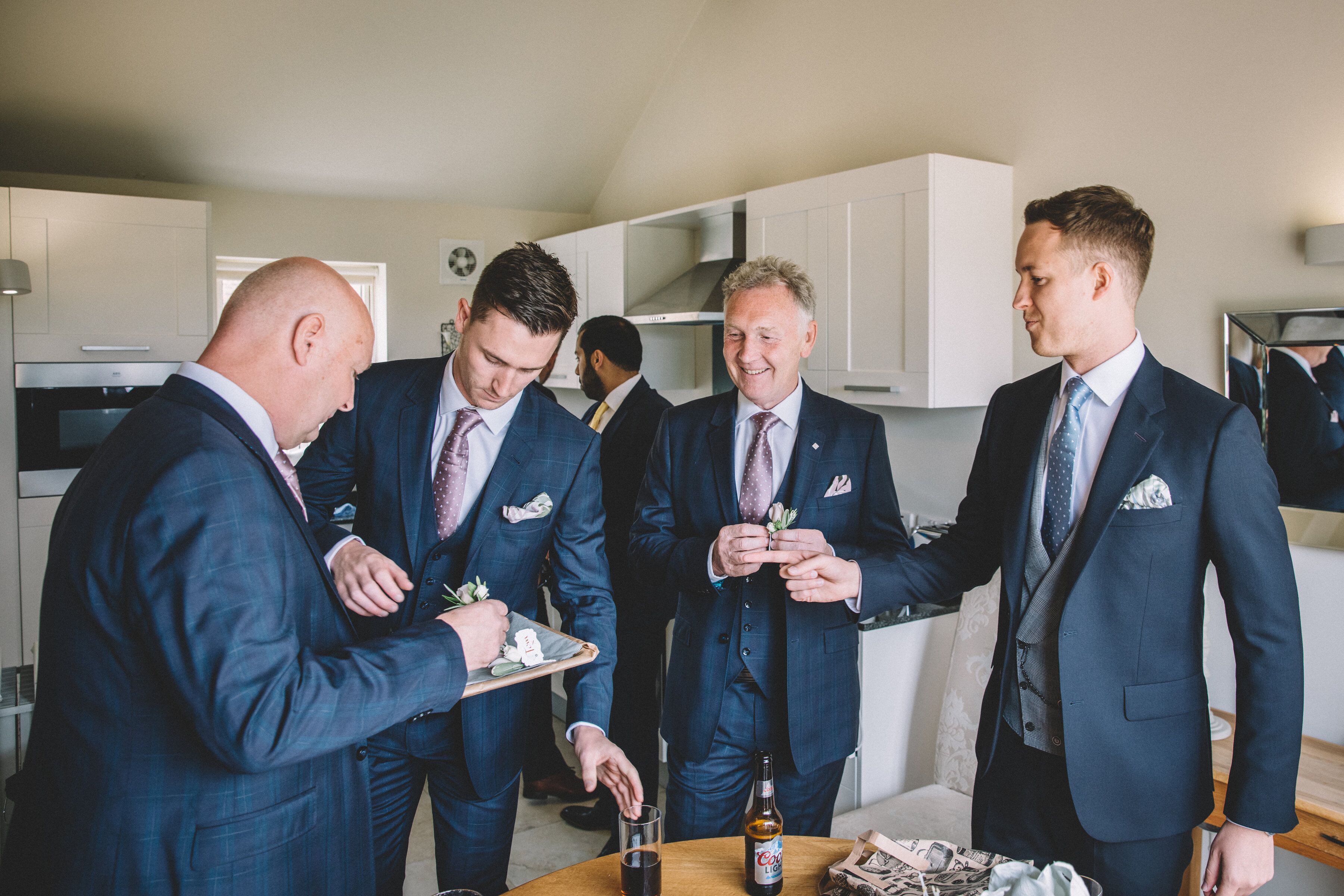 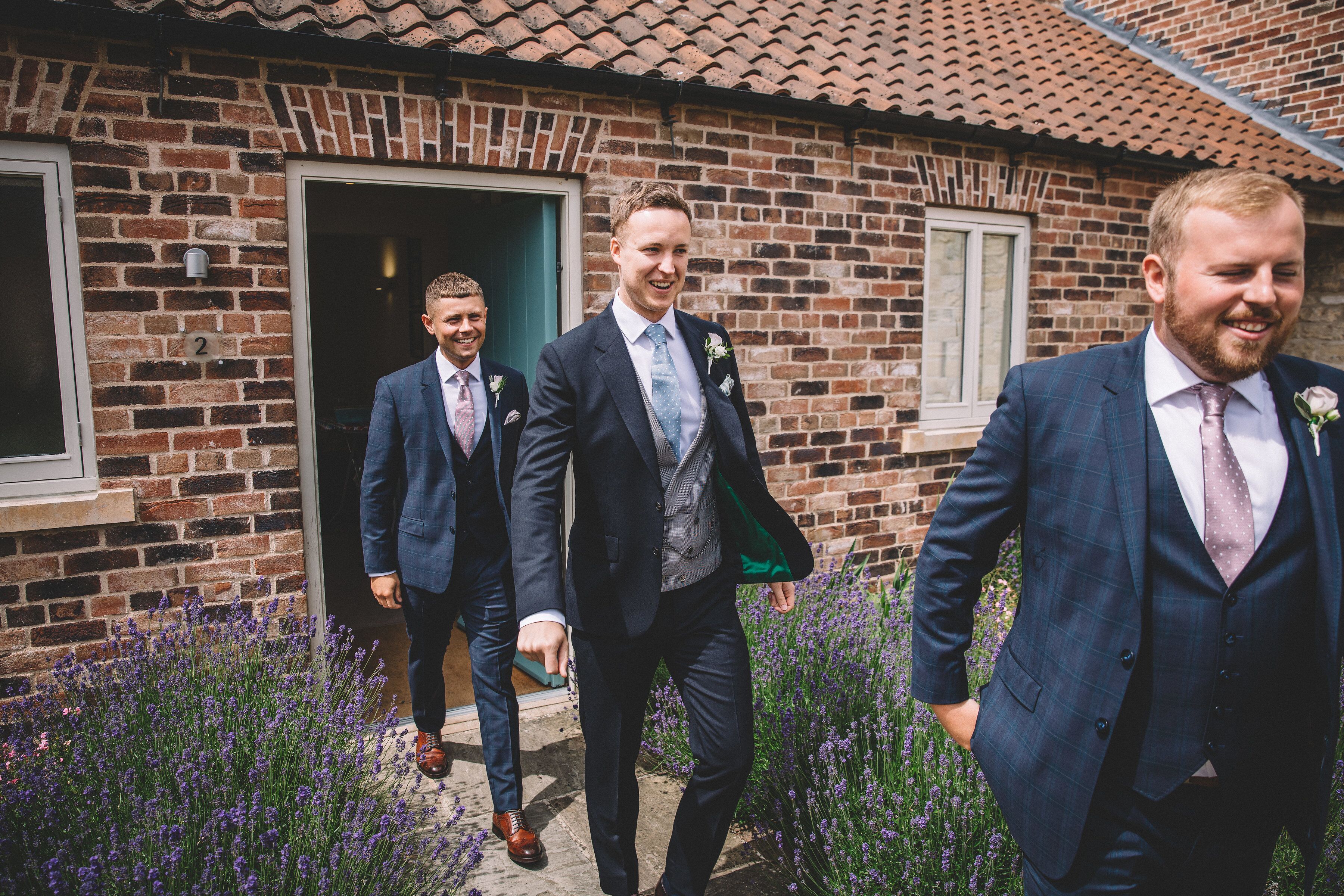 We were on holiday in Costa Rica. He set it up with the hotel that we had won a romantic meal for two on the beach, so I didn’t suspect a thing! It ended up raining so they moved us into a wine cellar in one of the restaurants. He had chosen my favorite food and I thought it was strange how the hotel had known! Little did I know he was about to propose. 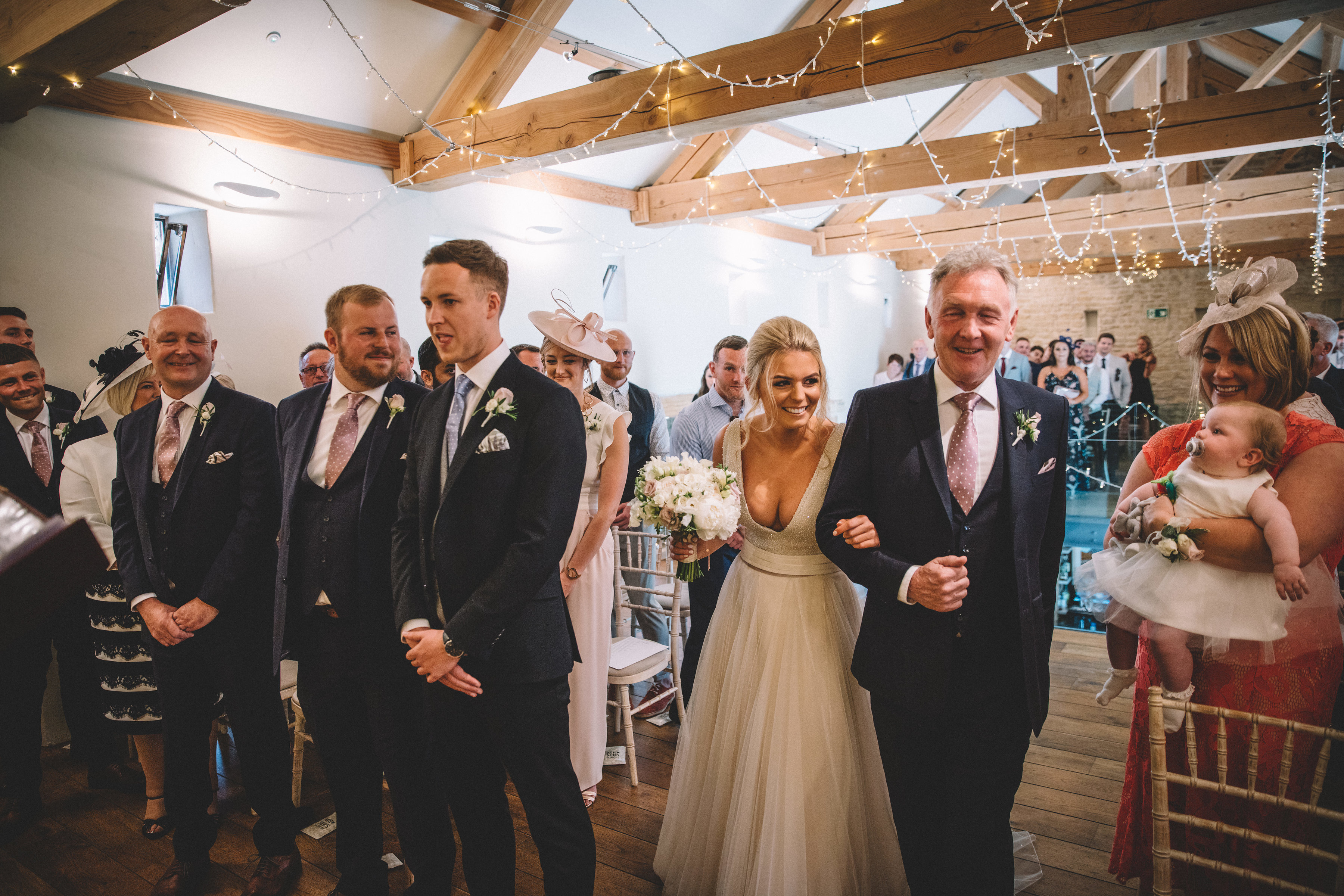 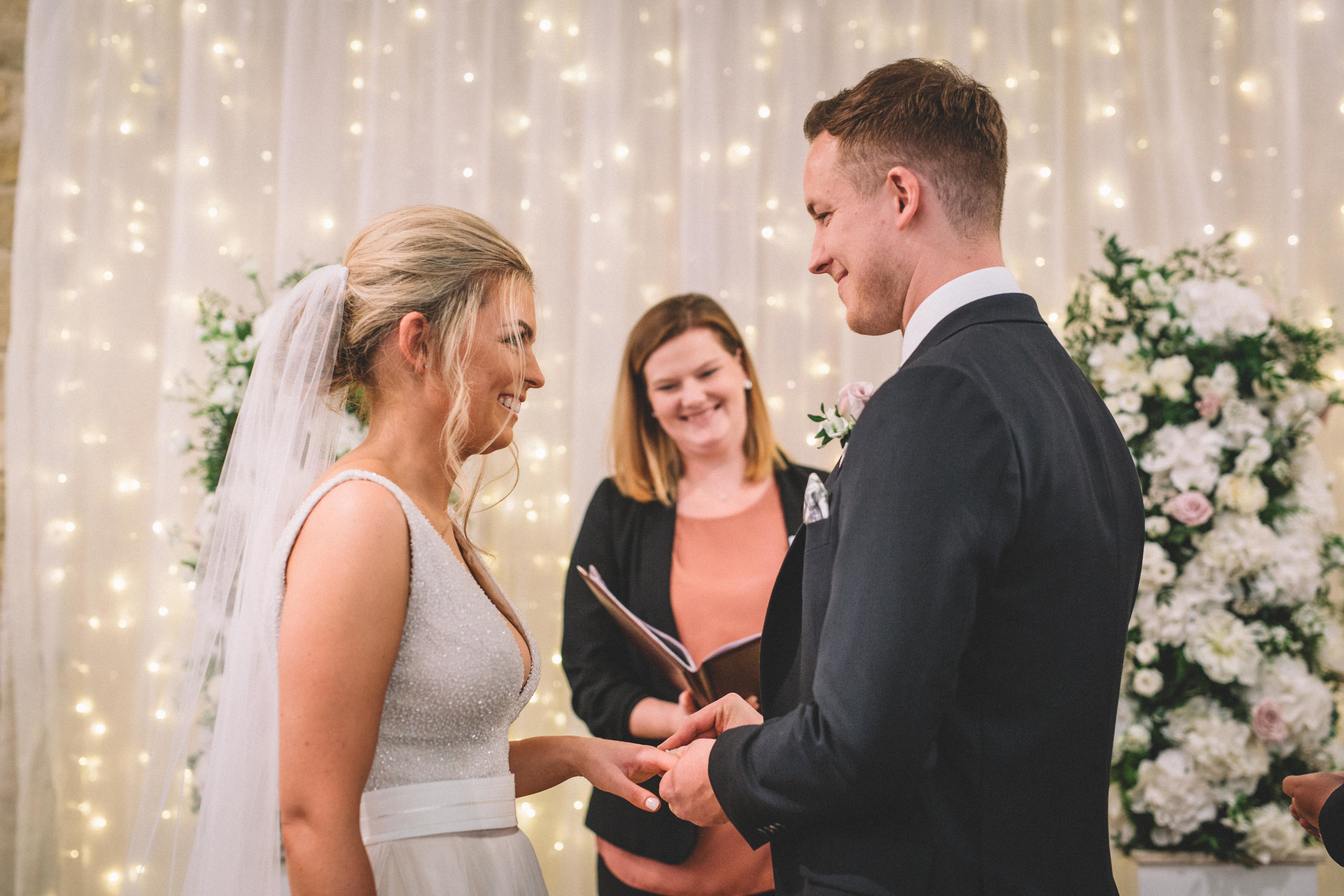 It was the last dress I tried on at The Bridal Collection in Harrogate – it was the first time I had ever tried on dresses and I knew I wasn’t going to be one of those people who went from shop to shop! When I first put it on, I wasn’t 100% but my bridesmaid suggested I try a belt and it completely changed the dress and I loved it! I felt so comfortable in it which is something I really wanted to make sure of and I felt amazing in it. 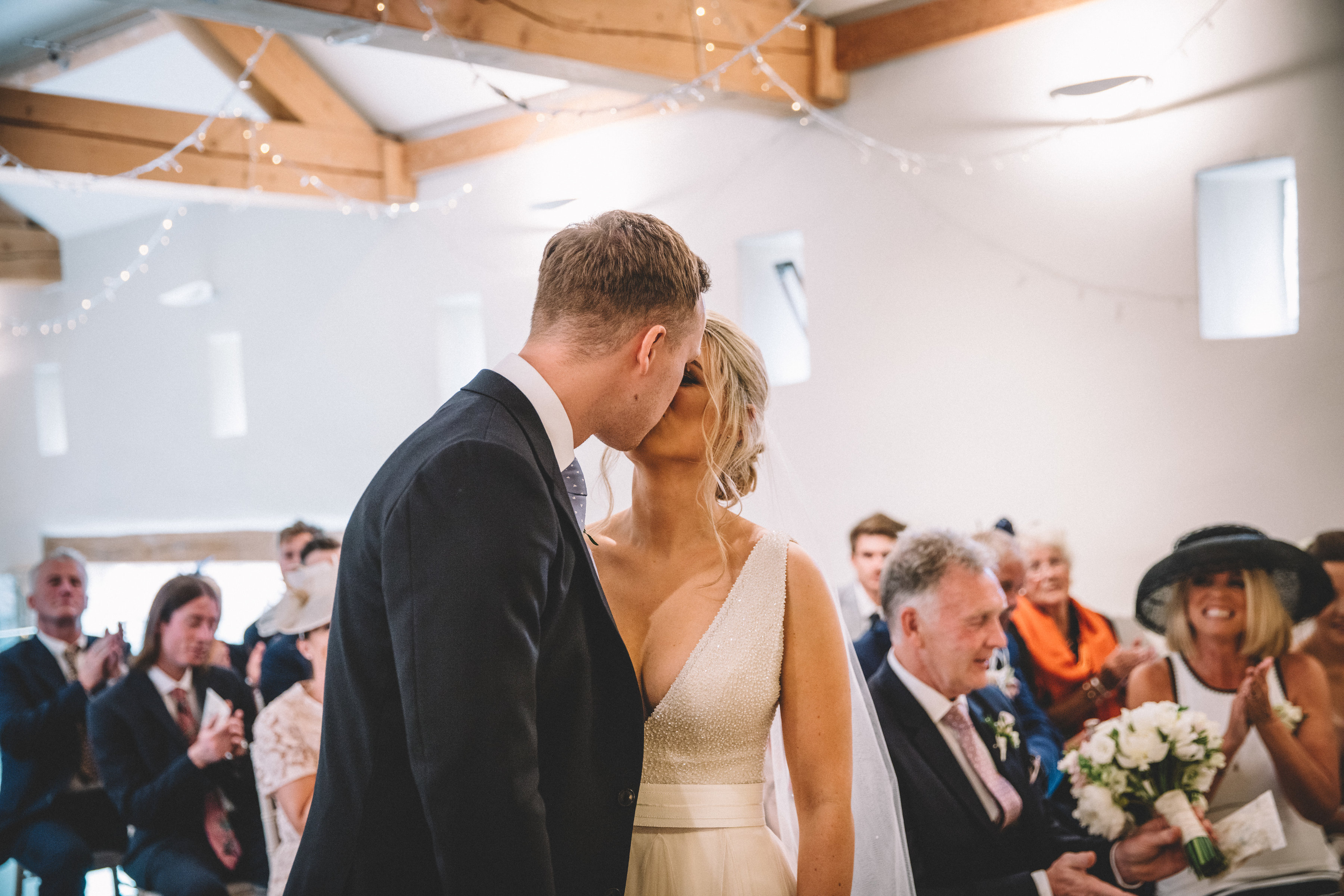 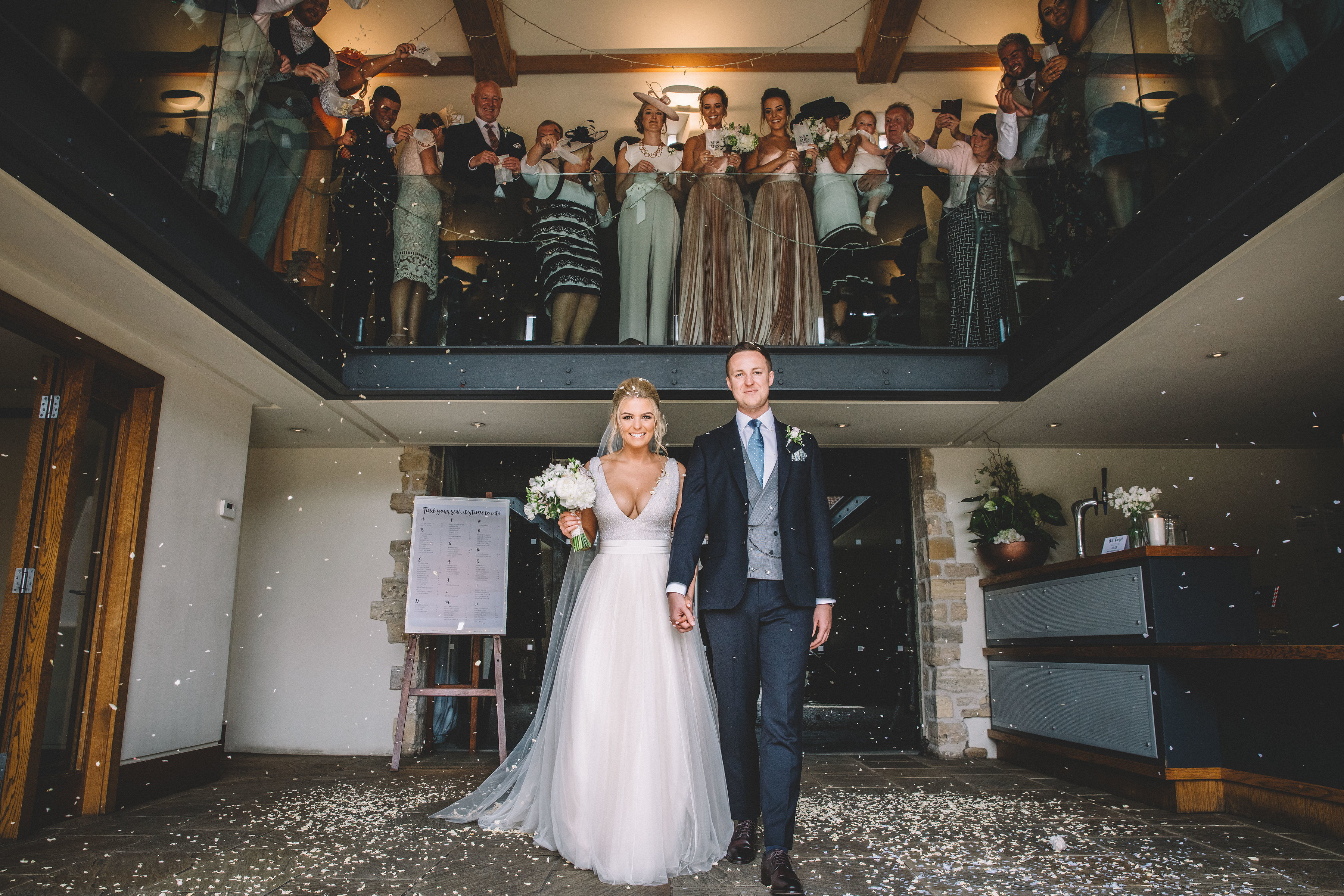 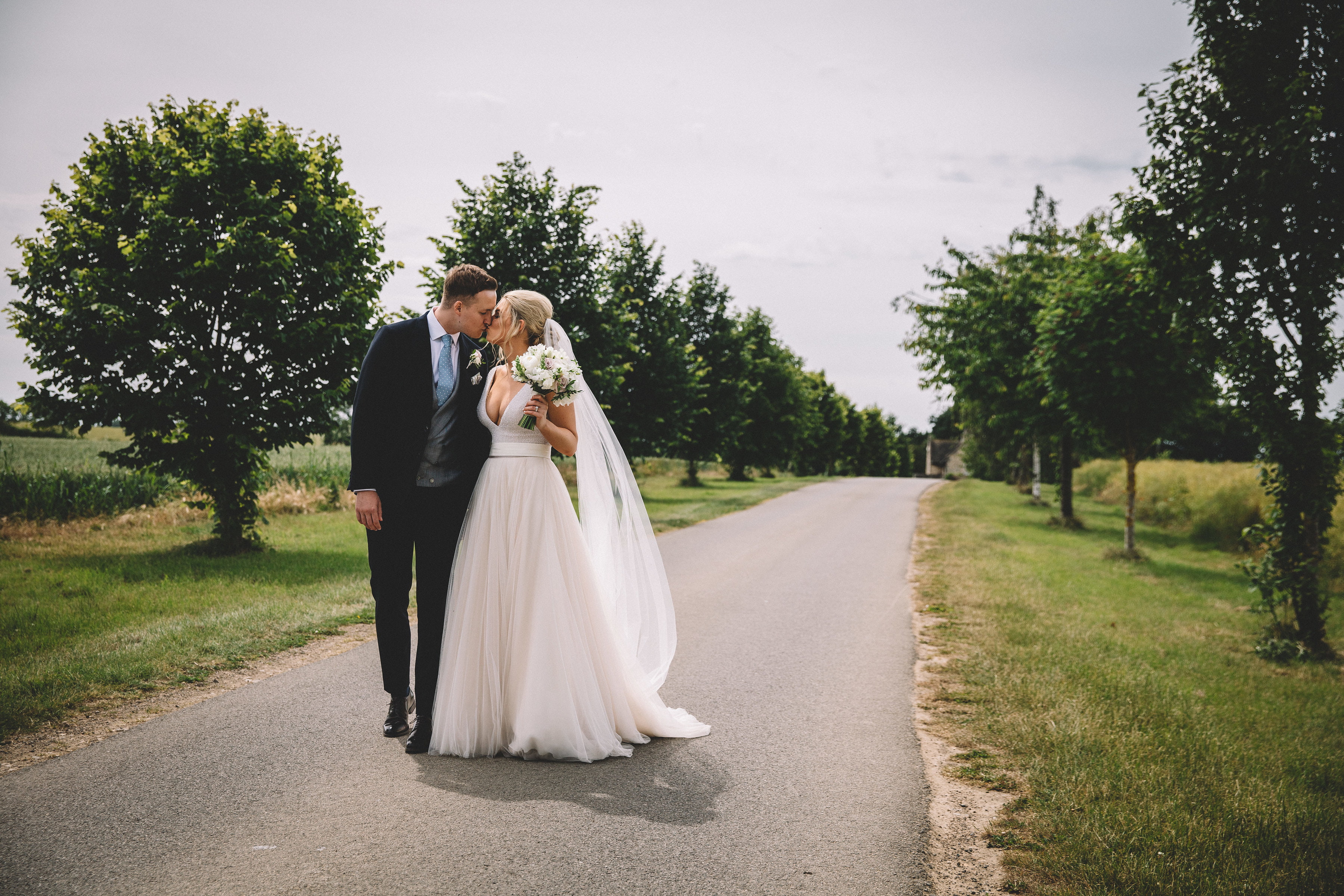 It was the first and only venue we looked at. I loved that we could all stay at the venue and have access to the whole site and the amazing courtyard for 2 days! This made the wedding as all our friends and family could enjoy the run-up and be together to celebrate with us for as long as possible! The day ended up being really warm so our singer and string quartet ended up outside in the courtyard and it was amazing. We are both very laid back so as soon as we went to look we knew it was the one so we went for it! 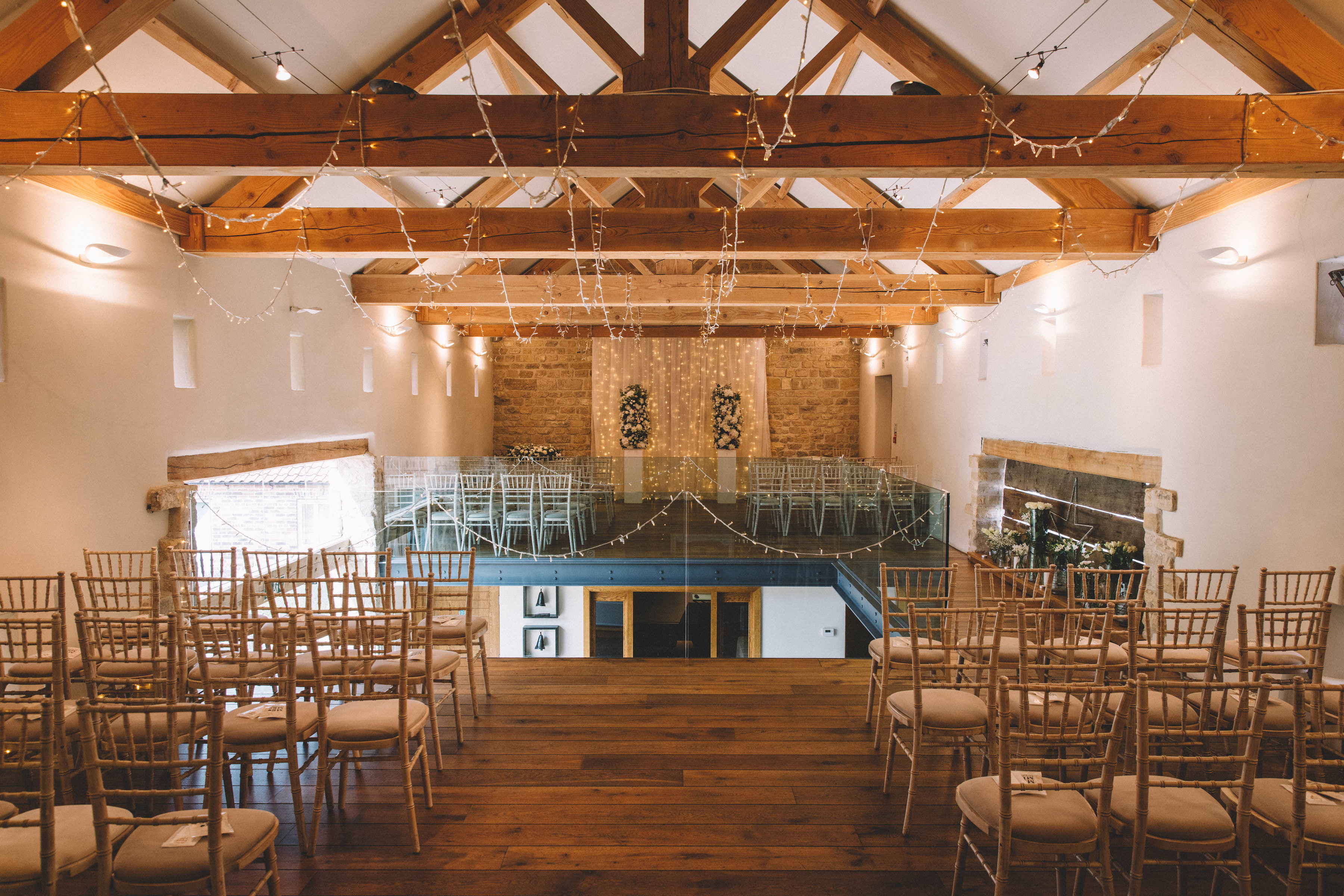 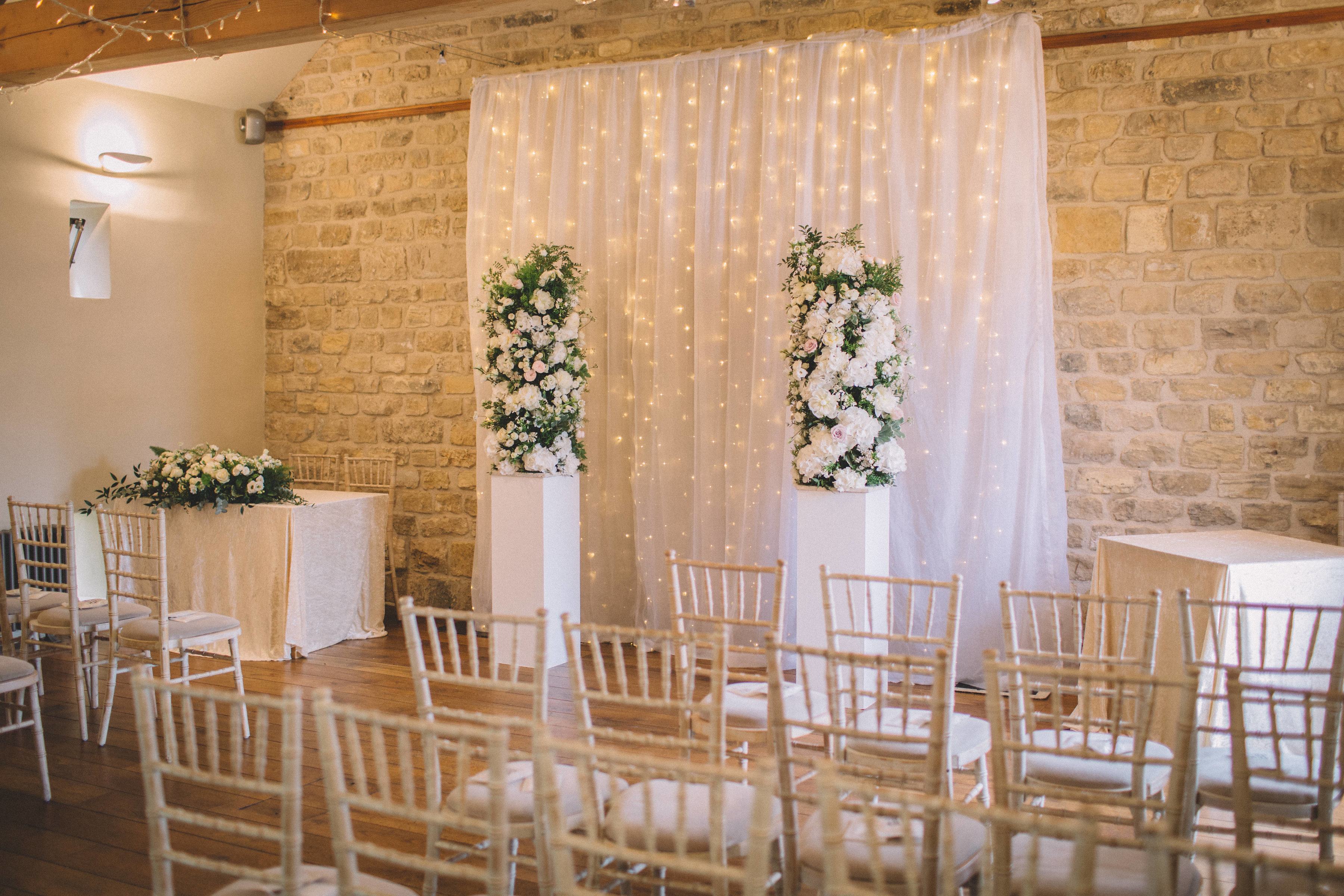 We opted for an all-white colour theme with touches of blush and ivory for contrast and also to tie in with my dress and the bridesmaids. My bouquet was white roses, peonies and blush-coloured stocks with some tiny eucalyptus, we had two amazing floral columns at the ceremony made from white lisianthus, big white roses, white peonies, green bell and white hydrangea. We didn’t want to make it too formal. We wanted everyone to feel as relaxed as possible so we kept things quite simple but with a touch of elegance.

I didn’t want it to become too country themed with being in a barn and all so I made sure the flowers and the decorations didn’t fall into that and brought out a little bit of glamour! We also had an amazing string quartet who were playing at the ceremony. 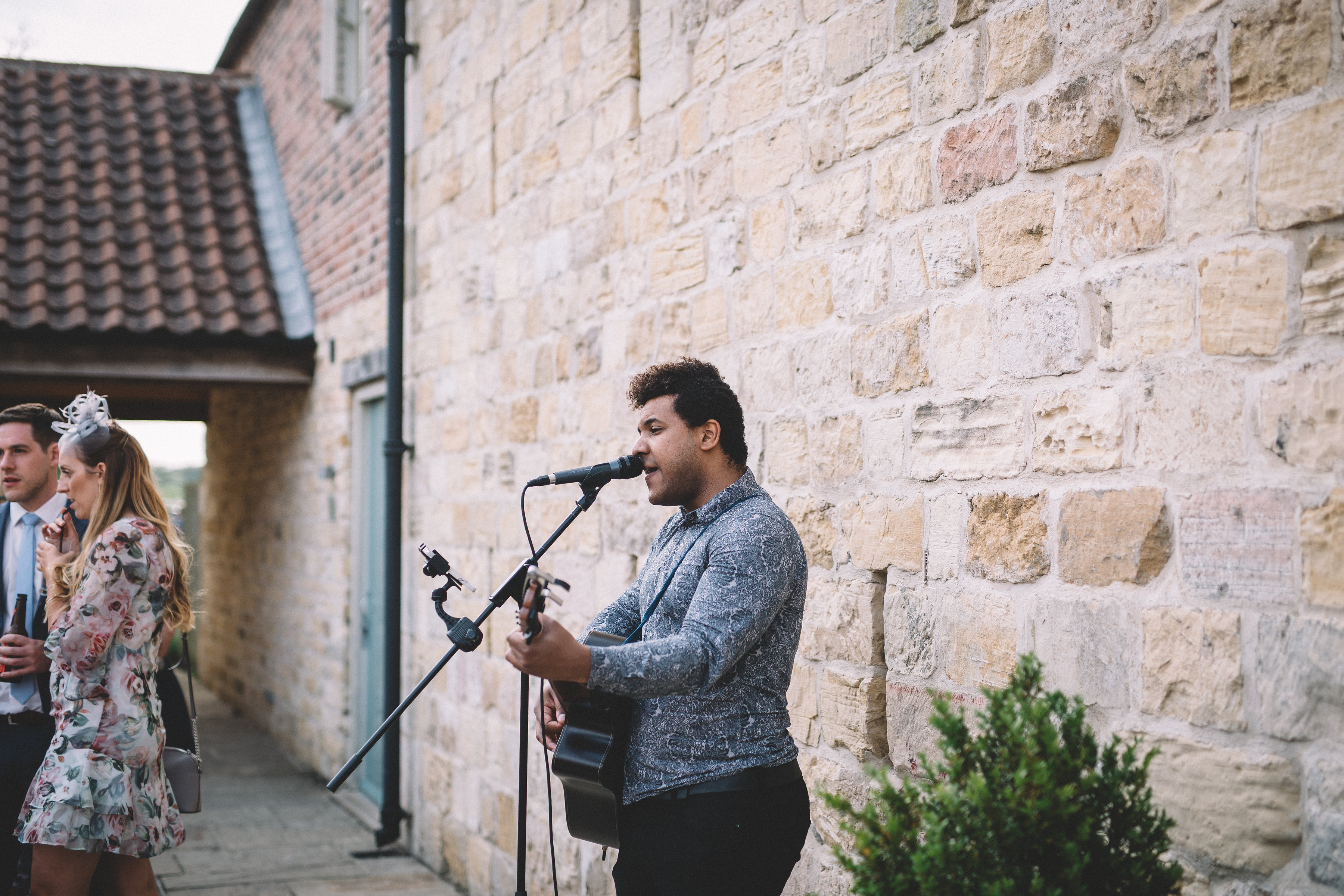 We decorated part of the ceremony room ourselves. There was a large opening which we wanted to fill so thought what’s better than flowers? My mum loves flowers so we ordered from a wholesaler and got some vases and it looked amazing! We also did half the table decorations ourselves which were simple but effective. We also decided to go for half the tables decorated with an arrangement of candles which we did ourselves and the other half with big floral centrepieces that were high and had floating candles to tie in with the other tables. 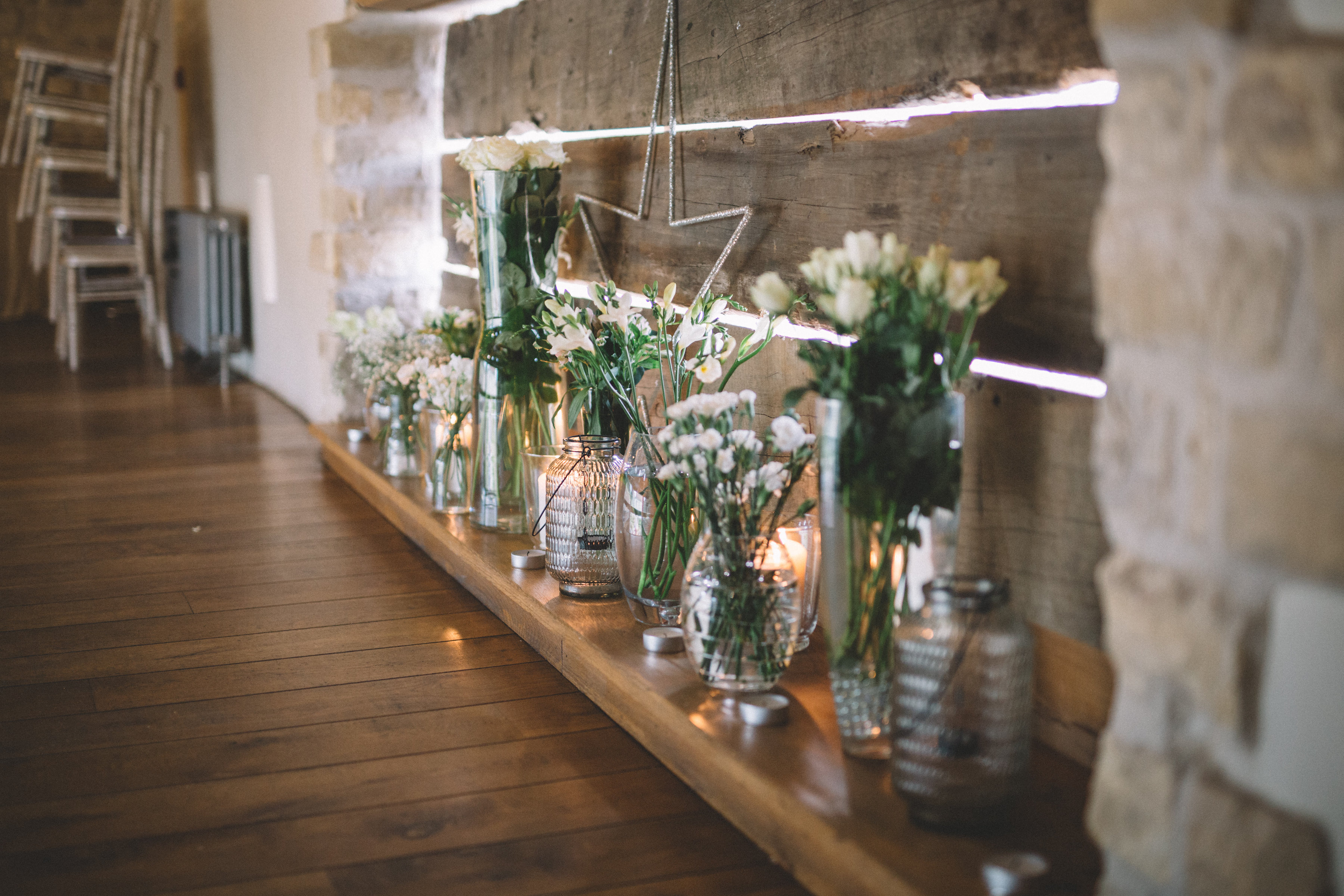 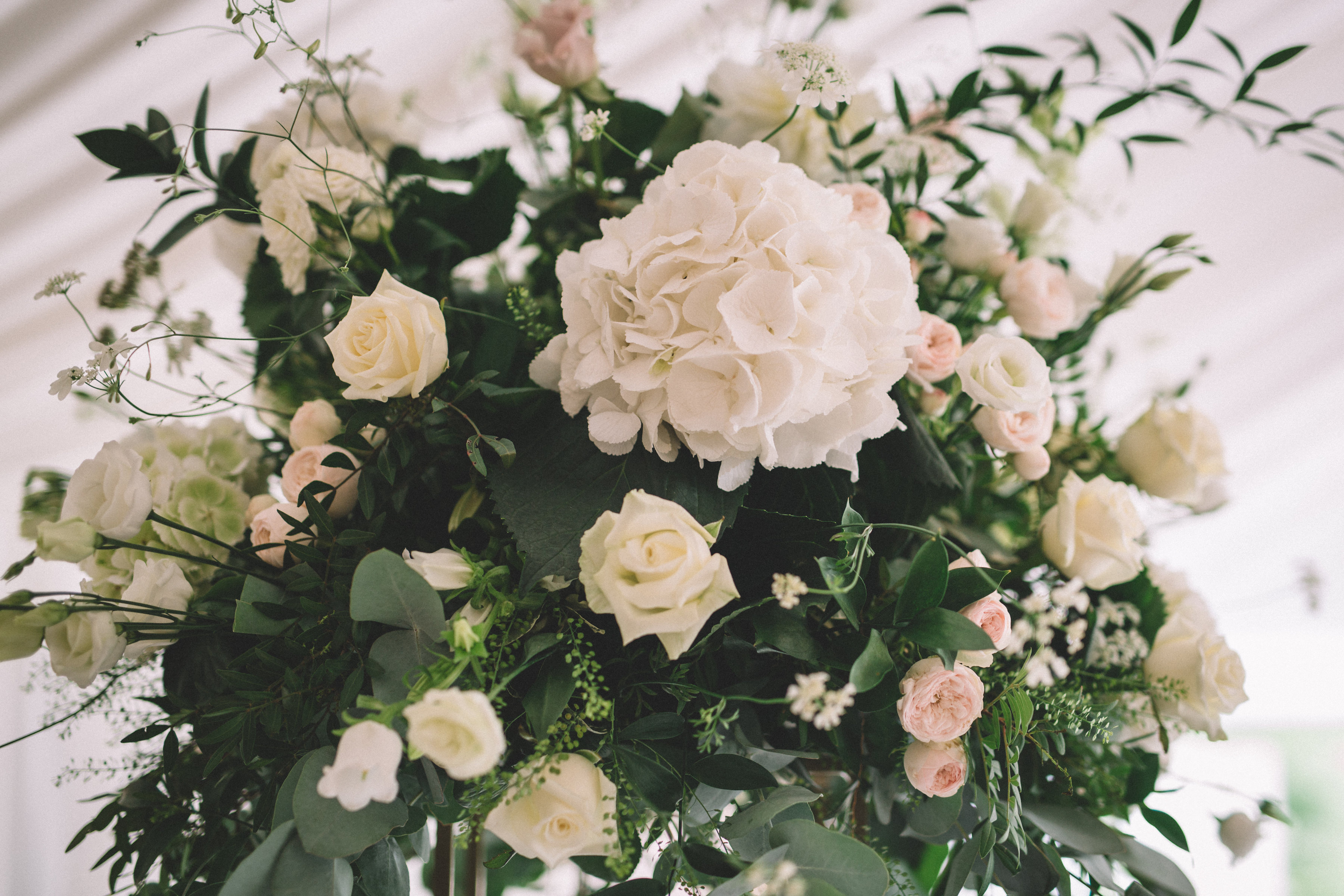 We had an informal BBQ type menu. We didn’t have starters and we increased the number of canapés. For the main, we had the Surf & Turf Grand Skewer which included, smoked Rib-Eye Steak, giant Szechuan king prawns and butter grilled chicken with chunky hand-cut chips, classic caesar salad and garlic and tomato herb bread. For dessert, we had sticky toffee pudding and a cheeseboard.
We also had cupcakes and then just a small cake at the top! The small cake was made by Rich’s mum. They love fruit cake and this was a really nice touch for her to be involved with the making of the cake! The cupcakes were made by a family friend. I didn’t want a huge cake that no one would eat, so went for cupcakes and I didn’t even manage to get one as they all got eaten that quick! We had white chocolate and lemon flavor with a few different icing designs, it was really effective and looked amazing! 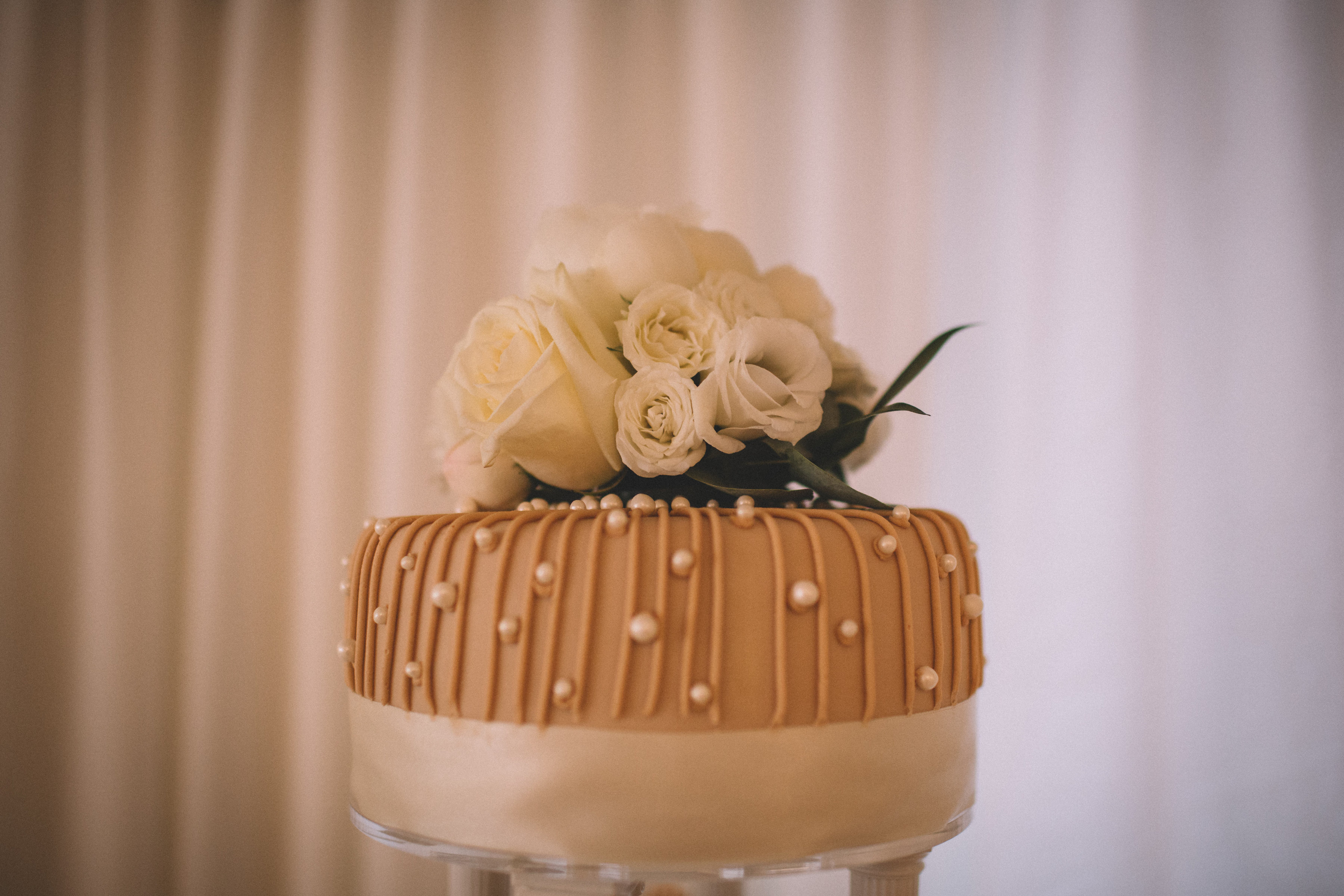 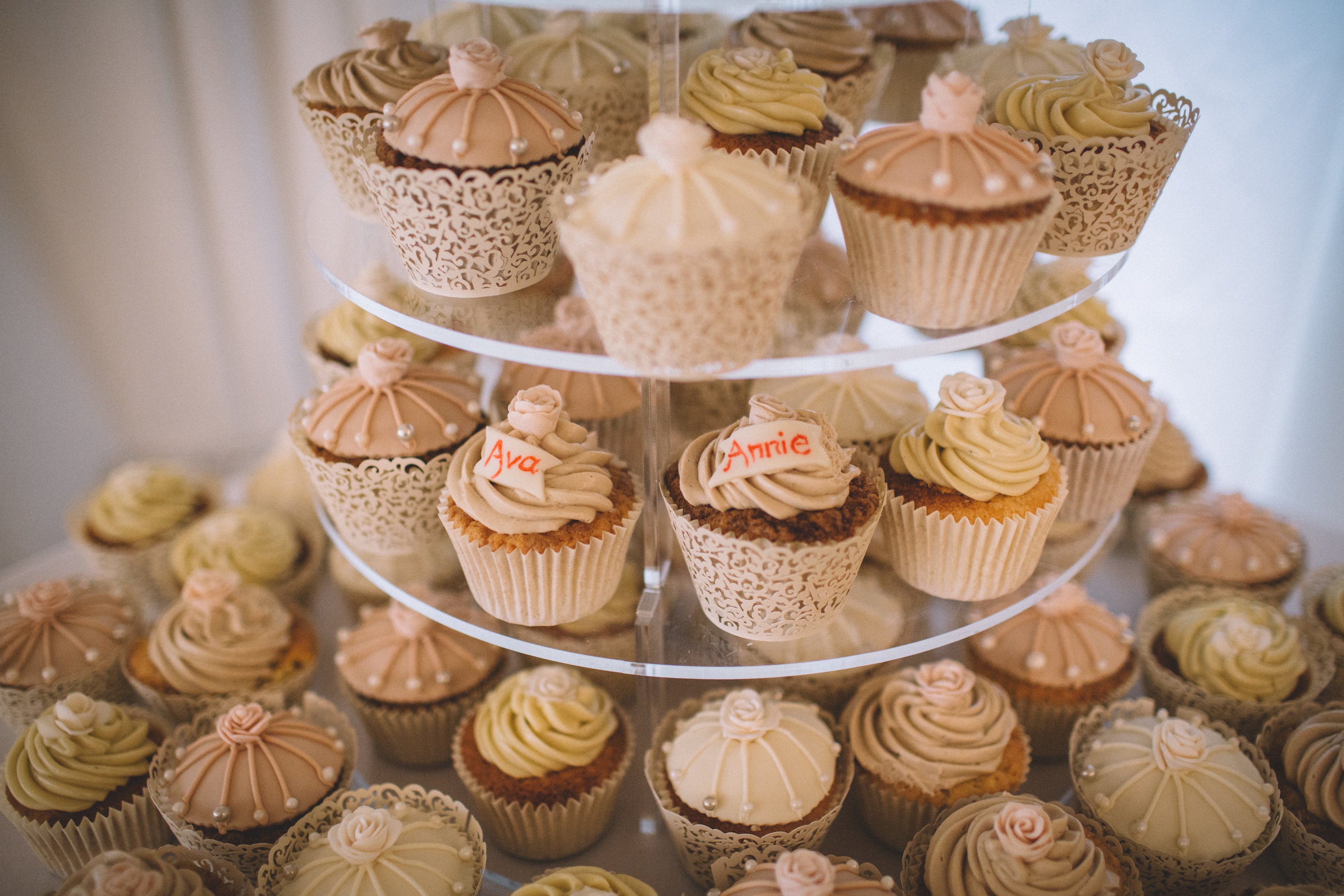 My flower girl (my niece) decided halfway through that she wanted to come up and hold my hand so we had a little guest stand with us for a part, which was very cute! The speeches were all amazing and I don’t think there was a dry eye in the room! Also, my bridesmaids were my cousins who are my best friends. We have grown up together so for their gift we got them a picture of when we were younger and framed into a lovely frame with a nice message at the bottom. 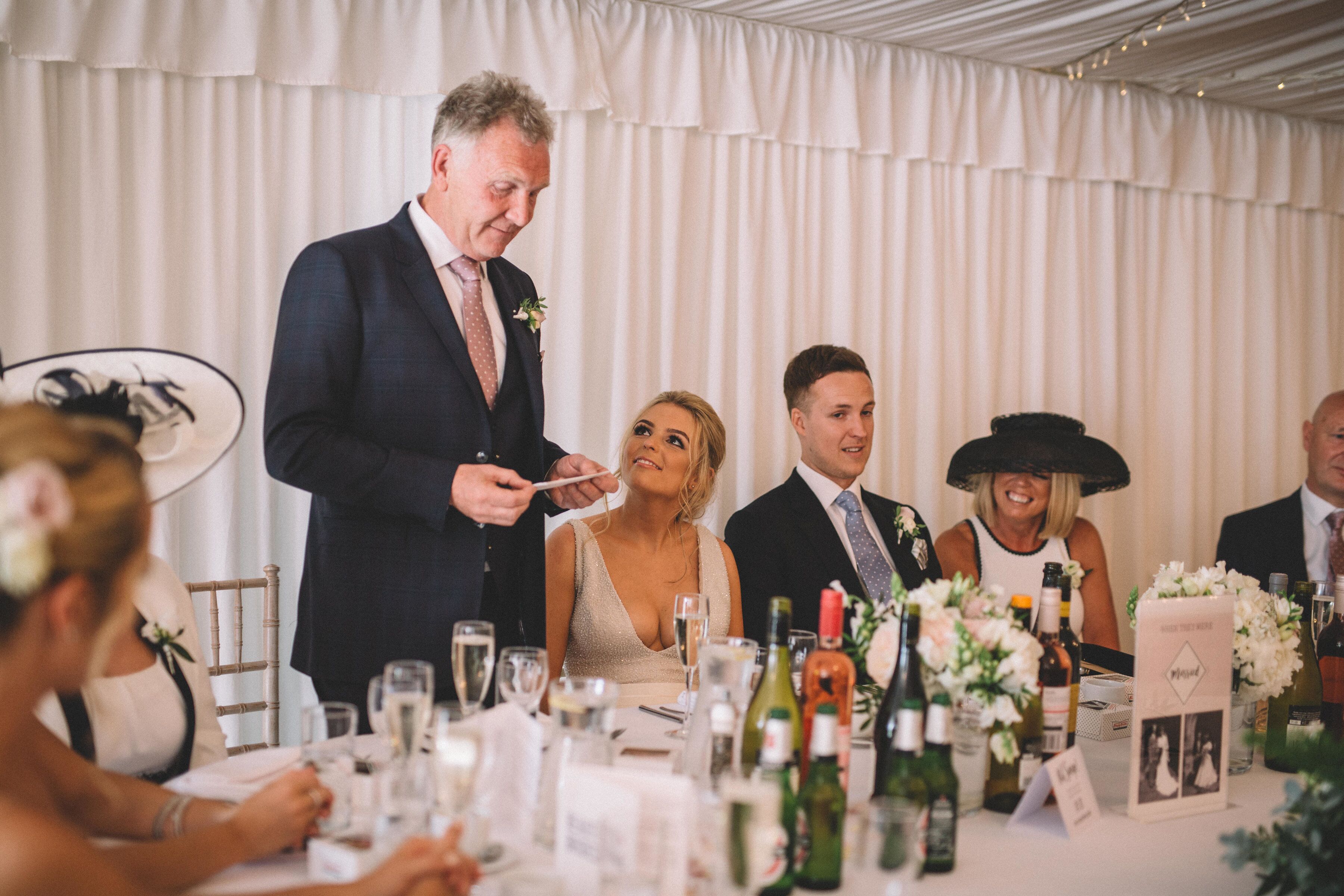 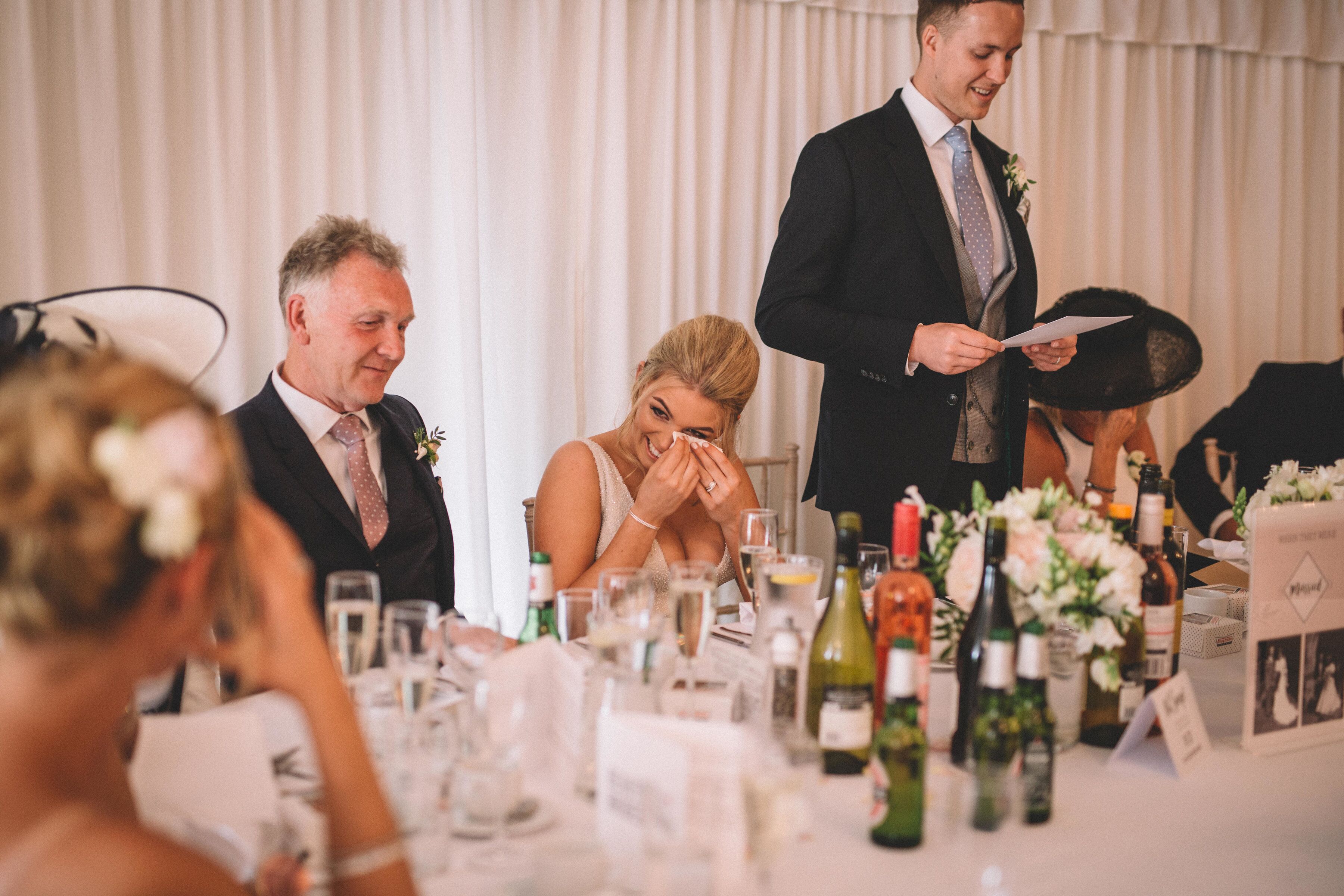 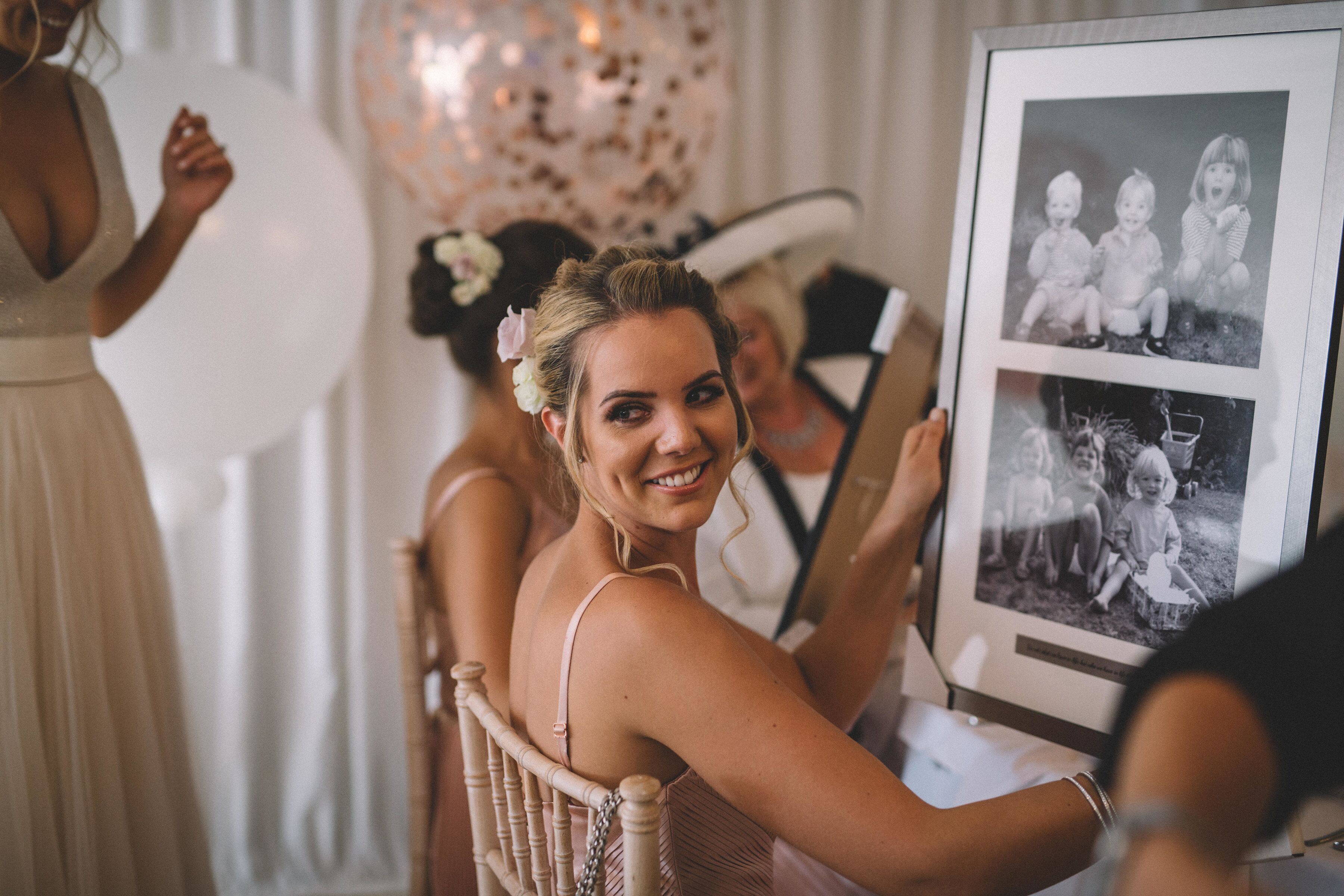 Don’t overthink it! The little things that you stress about are not worth the stress! It was all work out perfectly. 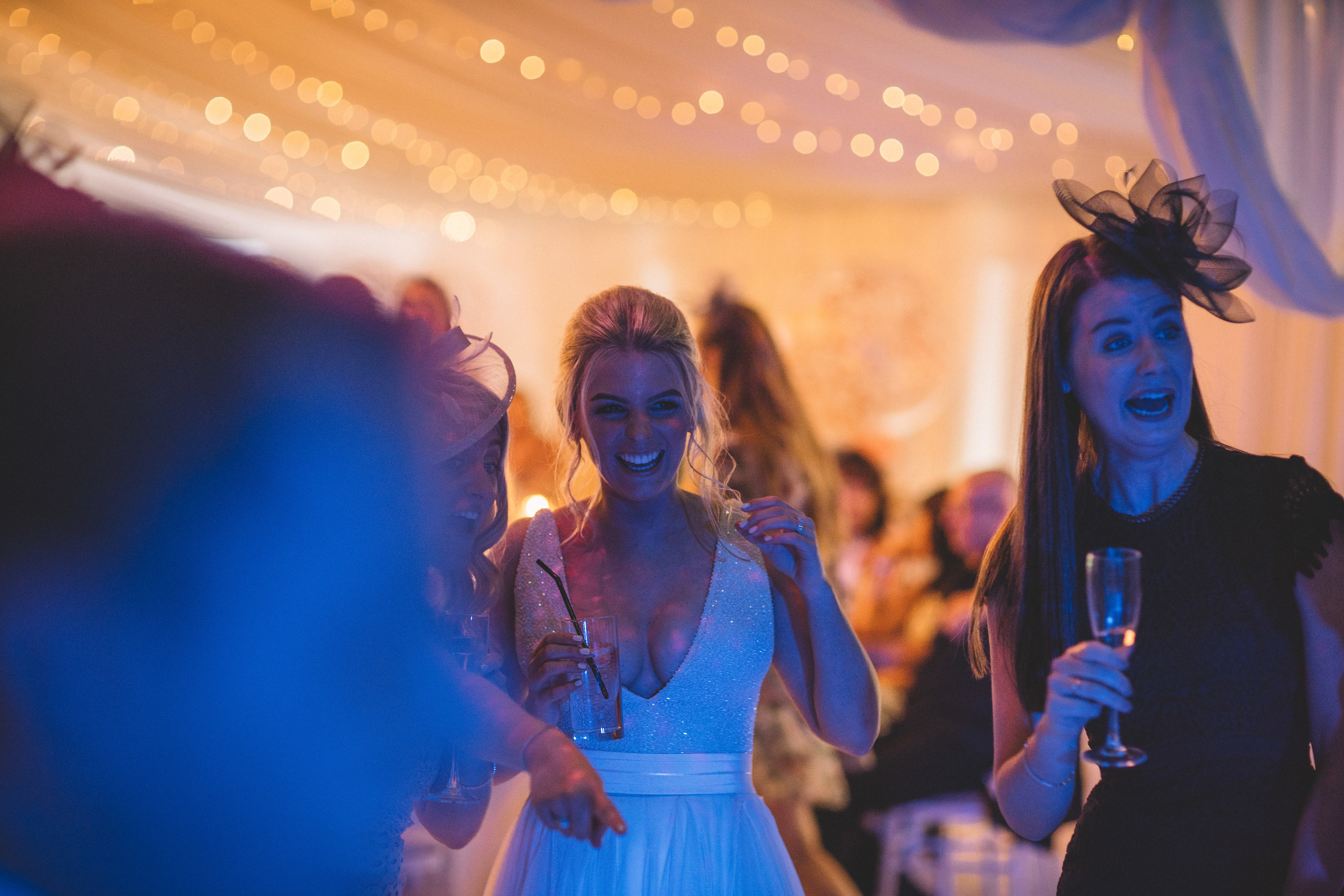 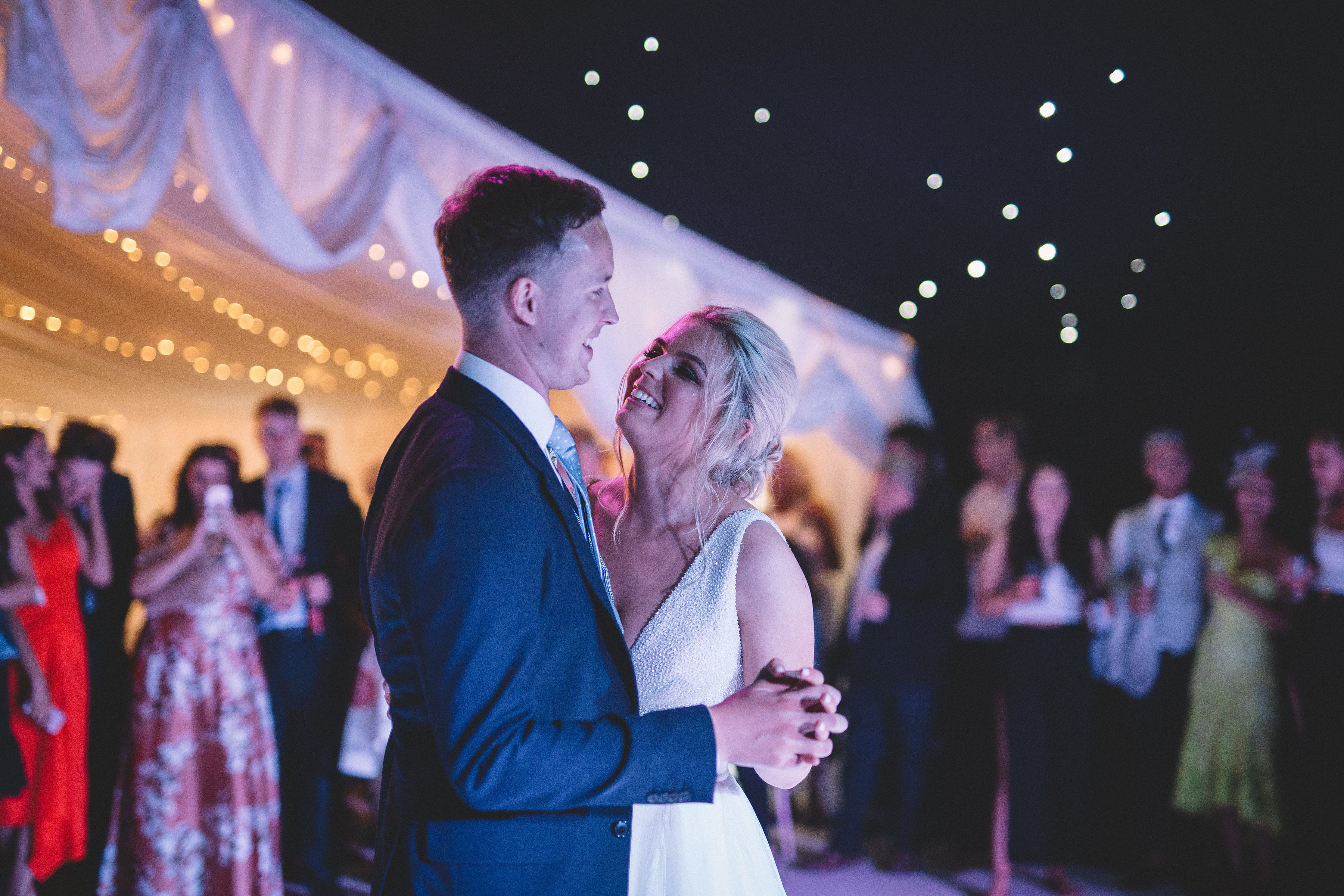 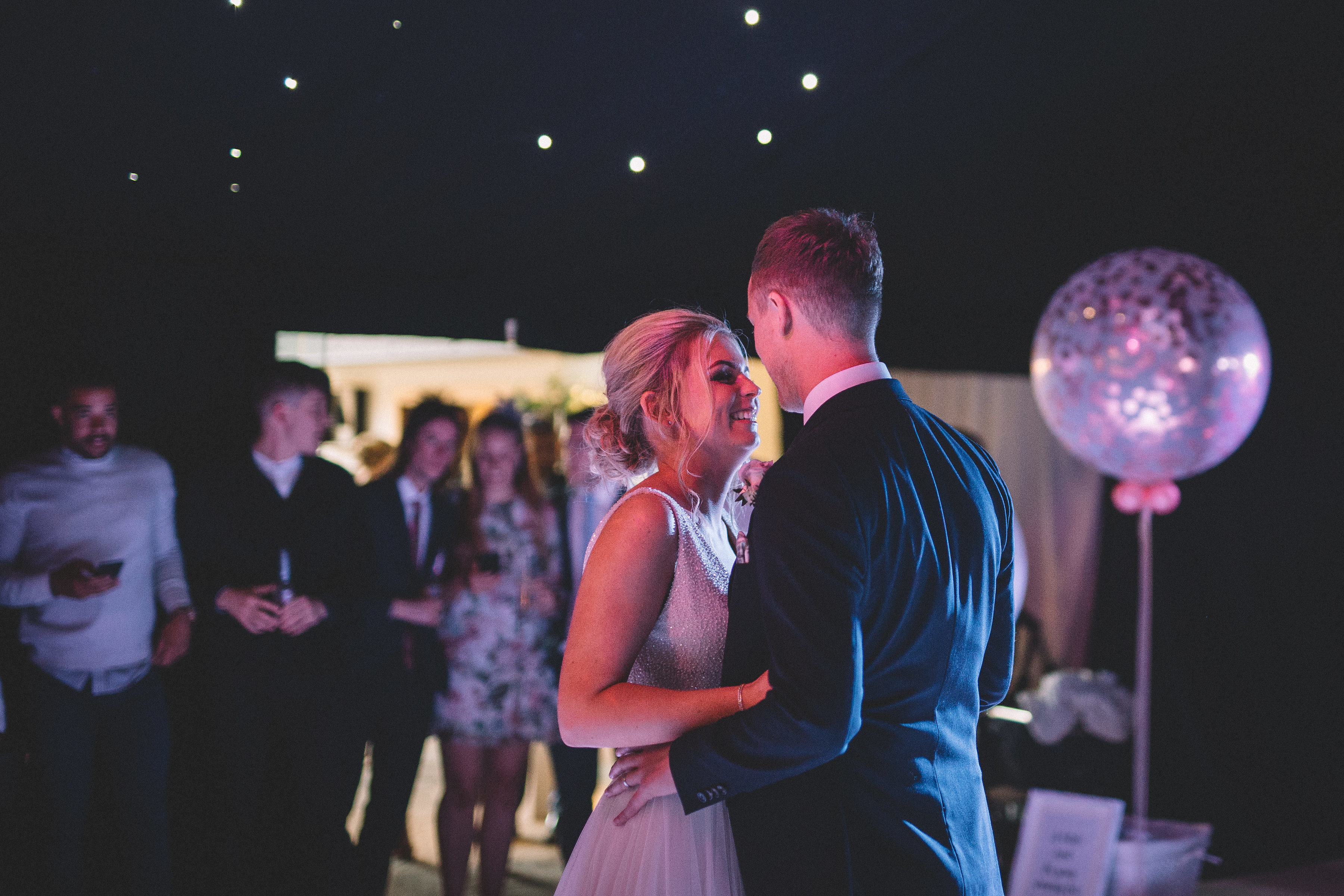