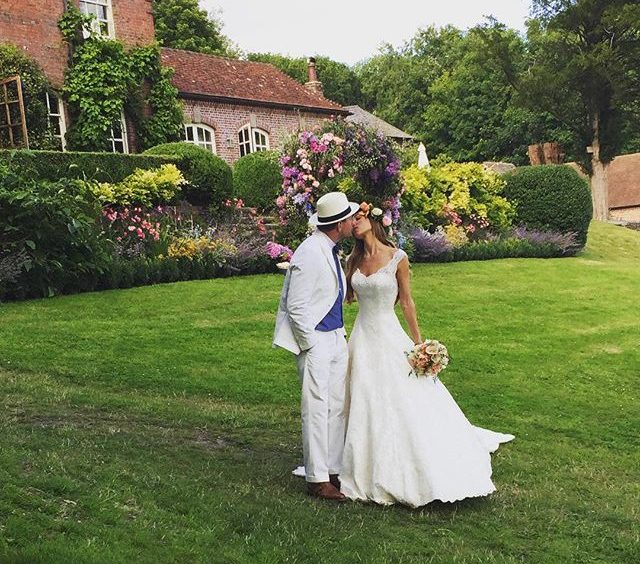 Why weren’t we invited to this wedding? Seriously, film director Guy Ritchie sure knows how to throw a party! Madonna’s ex married his model girlfriend Jacqui Ainsley in a lavish festival themed wedding at their Wiltshire home yesterday.

David Beckham, Brad Pitt and Jason Statham were among the star-studded guestlist and Madonna’s boys Rocco and David were at the bride’s side. Jacqui looked enchanting in a romantic lace gown and flourishing floral headband as David attentively lifted the bride’s train. The couple wowed their guests by erecting tents around the sprawling 1,200 acre grounds of their Georgian manor, Ashcombe House. Decked out in dapper suits, Guy’s pals mingled on the lawn whilst enjoying a drink. Celebrity friends such as Victoria Beckham, who couldn’t make the celebrations, posted touching tributes to the pair on Twitter.

Their excitement leading up to the highly-anticipated nuptials was captured on their Instagram accounts as Jacqui gave a sneak peak of her dress and celebrated with her girls while Guy kicked back with the lads before the big day. Congratulations to the happy couple, we bet it was a day to remember!