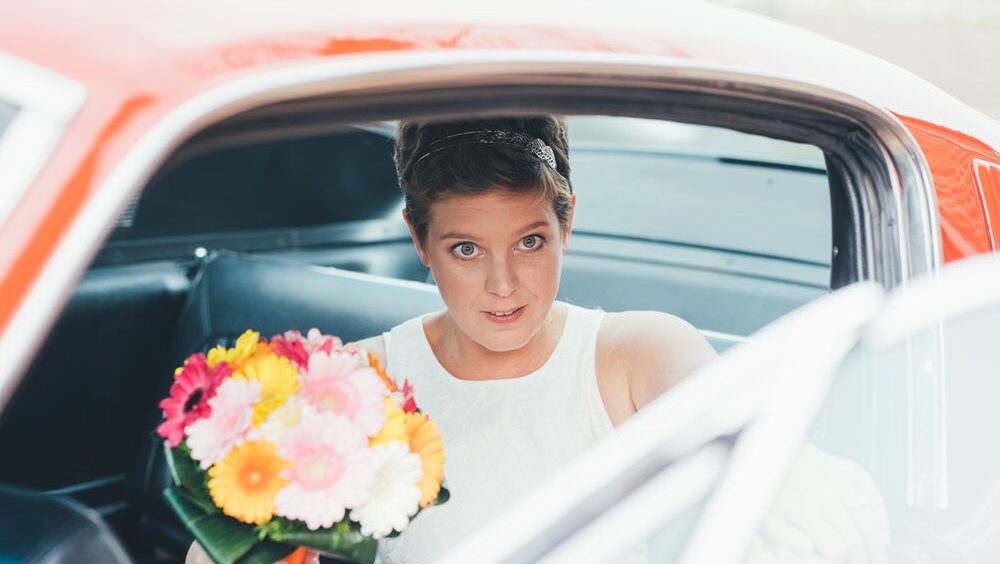 A mirage of sunny colours and a ceremony surprise. Simple yet oozing beauty, this indie-style celebration may just be our most favourite Real Wedding yet!

Incorporating both family and tradition into their special day, Luke and Heidi decided to christen their daughter Stella after they exchanged vows. Passed down through the generations, the pair beamed with pride as their little girl was blessed in a gown which was handmade by Heidi’s grandmother for her mother’s christening day. 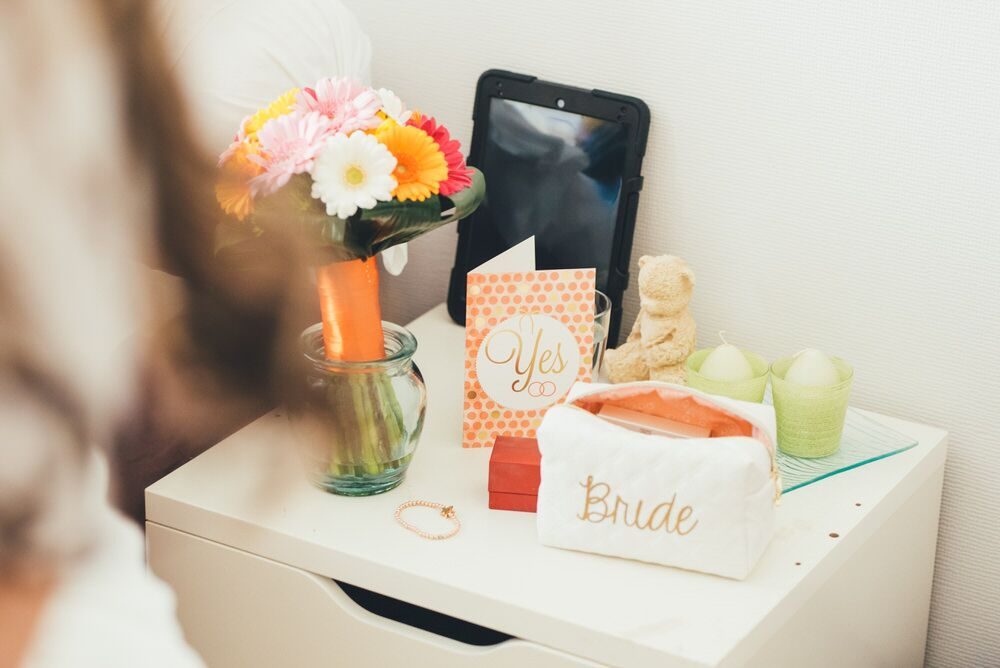 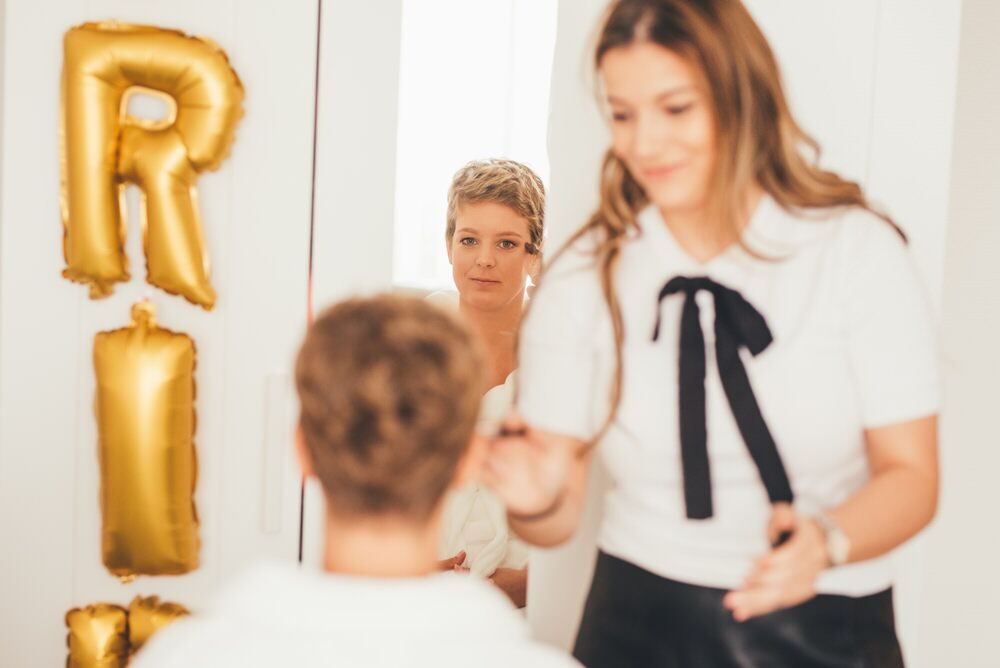 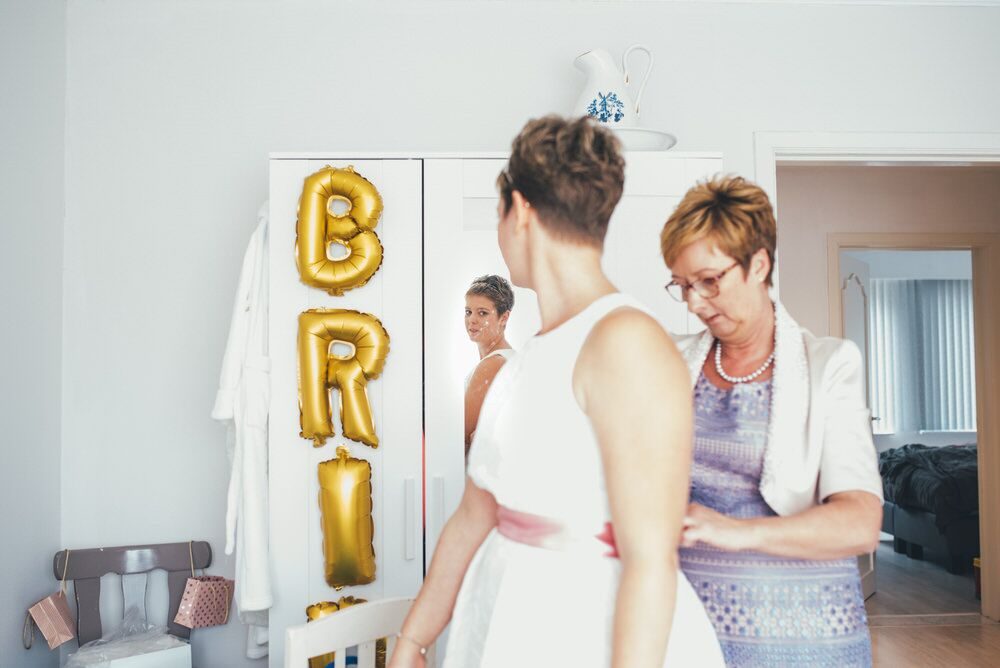 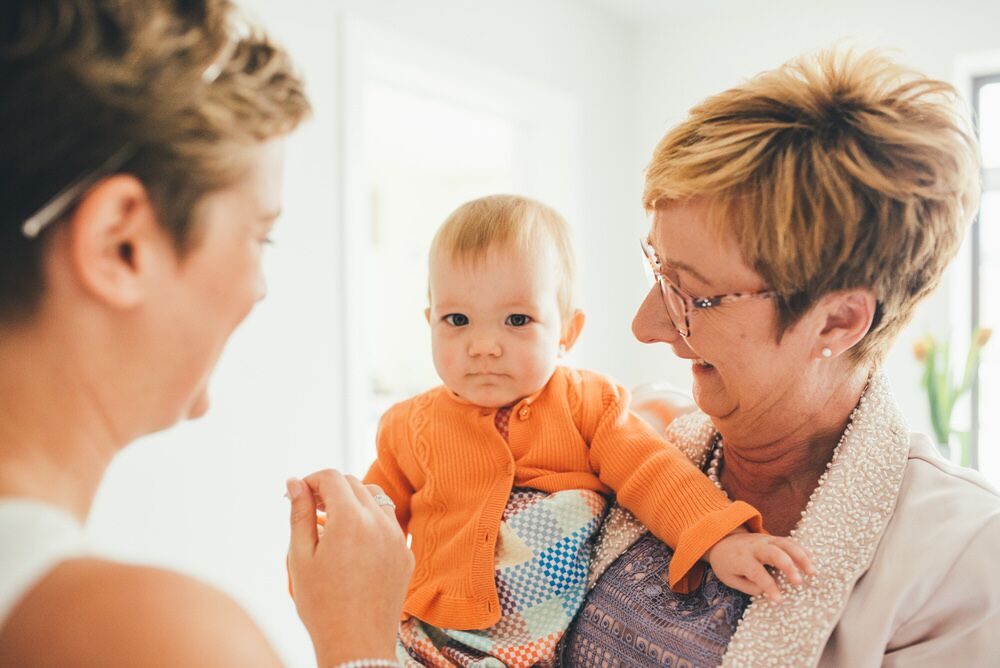 “I went travelling in Australia for six months staying in hostels. I started out in Perth, while Luke worked in the mines in Western Australian, and on his time off he too stayed in hostels around Perth. Two days after I first arrived, Luke showed up in the same hostel where I was staying. The rest as they say, is history.” 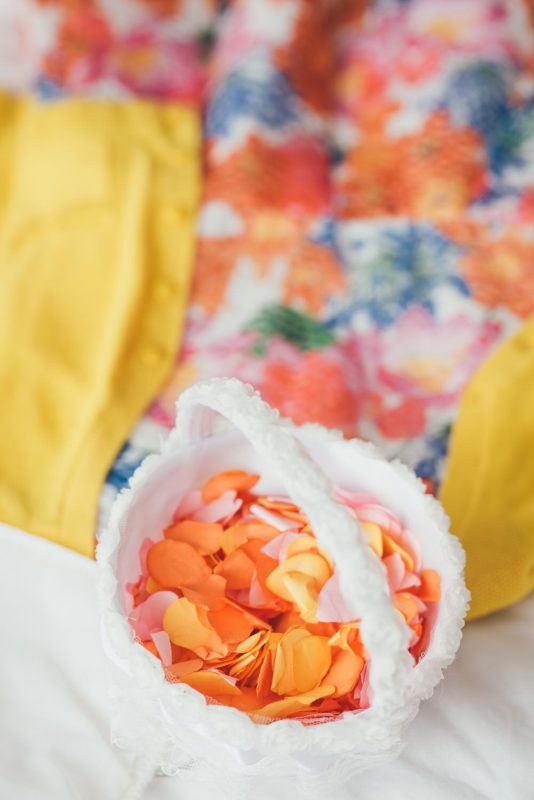 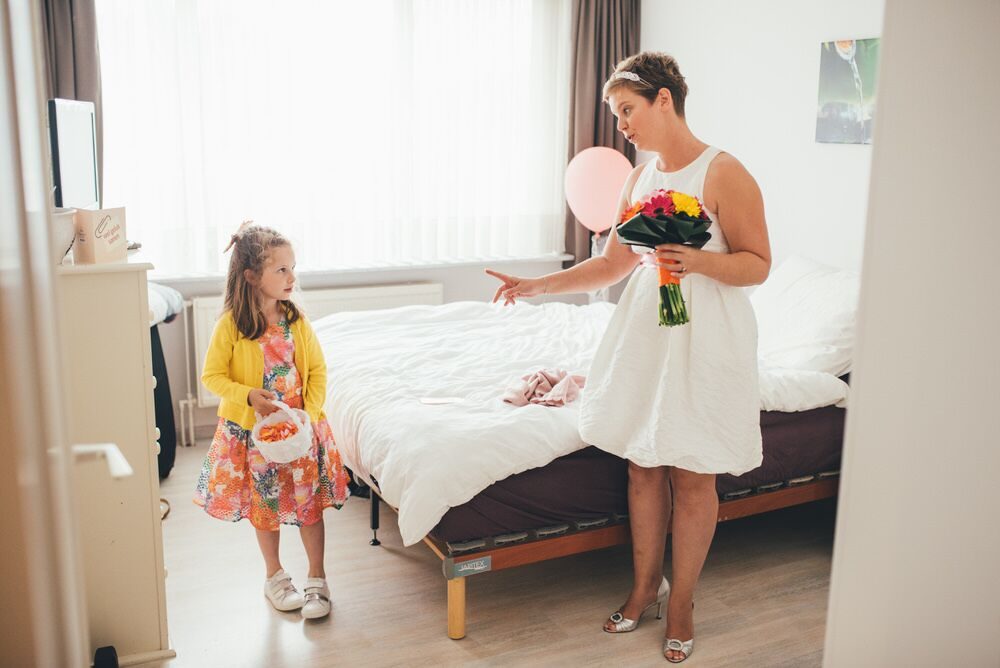 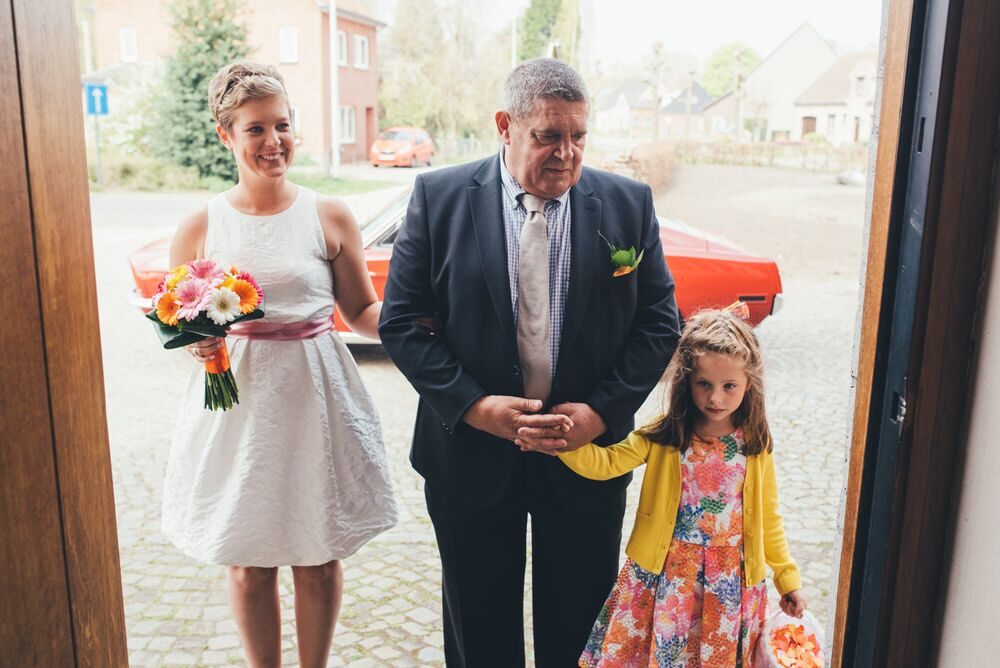 “A few weeks before we moved to Melbourne, he treated me to a few nights stay in Gilgara Retreat in Margaret River, our favourite weekend getaway spot. We went on a beautiful nature walk which we would do every time we were there. And on a little bridge during the walk, he stopped me and popped the question.”

“My wedding gown was actually a Christmas gift from Luke three years before we were married. Around Christmas-time 2014 we were doing our usual shopping. I tried on my wedding dress, but decided not to buy it because it was too pricey and I wouldn’t have many occasions wearing it. We went on to buy another dress, but Luke went back and bought me the Carla Zampatti dress as a Christmas gift. At the time of his proposal, I hadn’t had a chance to wear the dress yet, so I decided that this dress would become my wedding dress.” 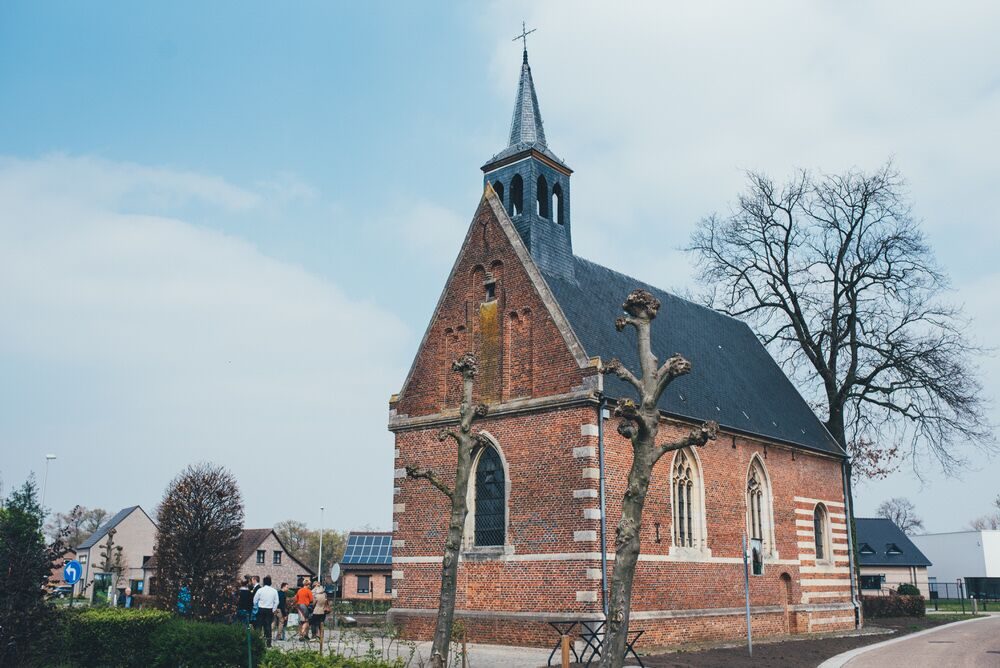 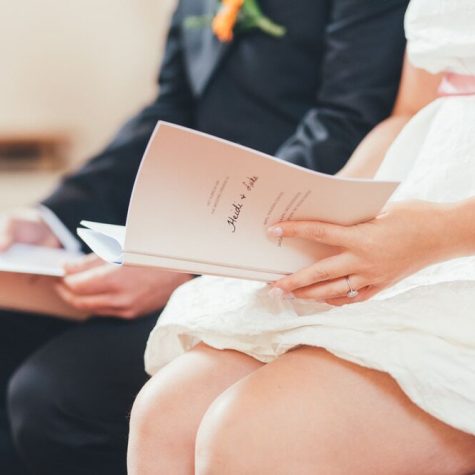 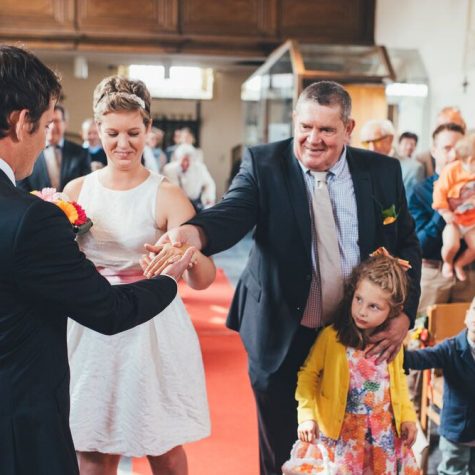 “I booked our wedding night in Ter Dolen, Helchteren, a Belgian castle where I used to work during my University days. I felt this would suit perfectly as the castle had a breakfast, brewery and pub attached. I booked it in early 2015 because our original wedding date was the 24th of September 2016. However, due to medical reasons, we had to postpone our wedding, so I notified the B&B owner. Arriving at the castle on the afternoon of our wedding day, the owner told me they had actually stopped running the B&B from the castle and that she had moved into the castle with her family. However, because we made our reservation so long ago, and because she still knew me from working there, she was staying elsewhere for the night – meaning Luke and I had the entire caste to ourselves, including the family dog!” 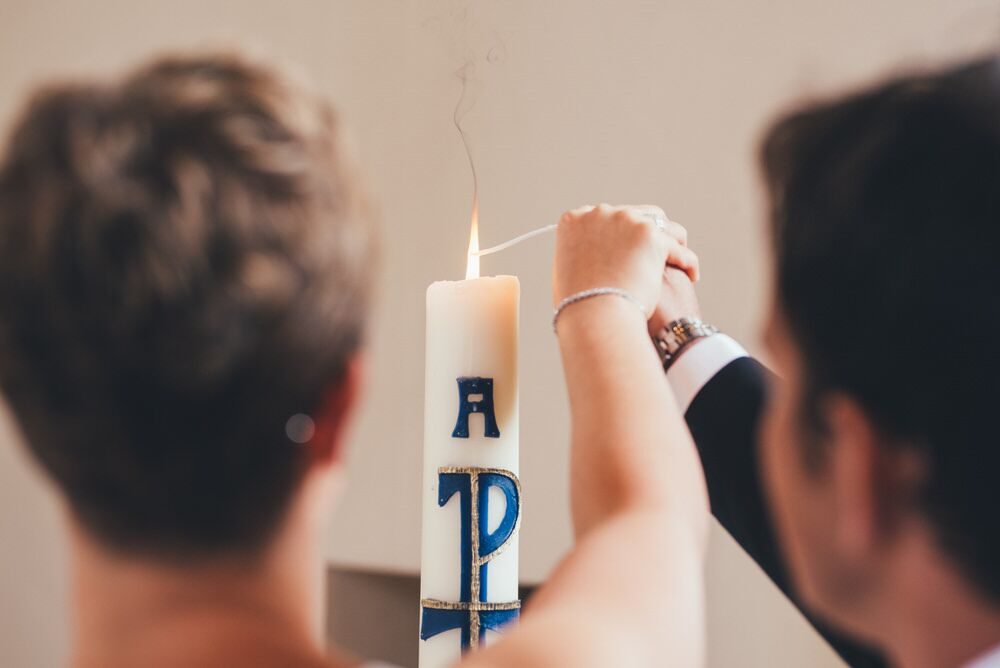 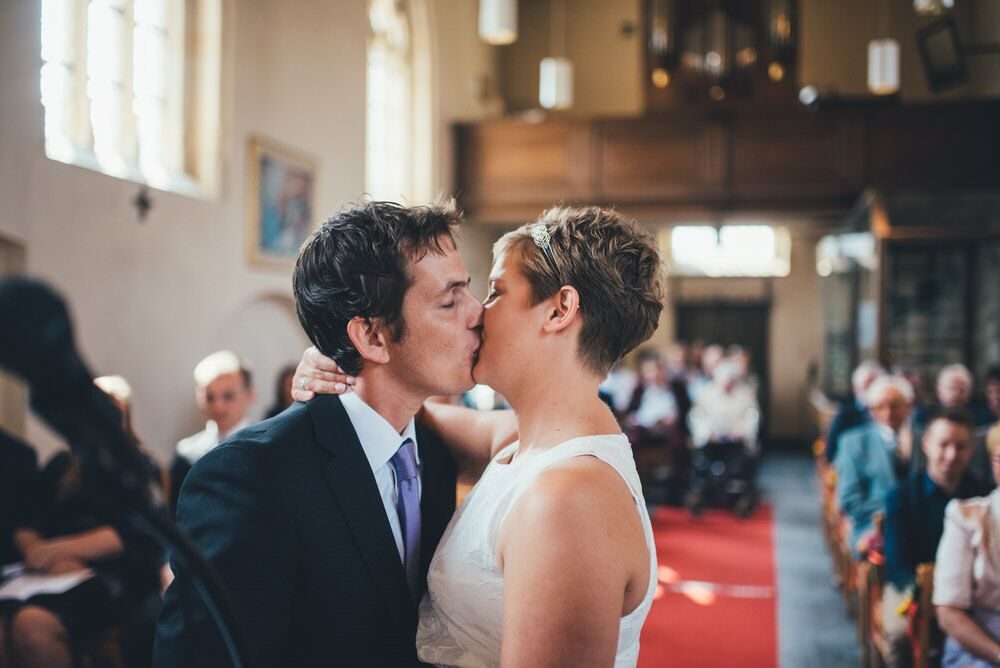 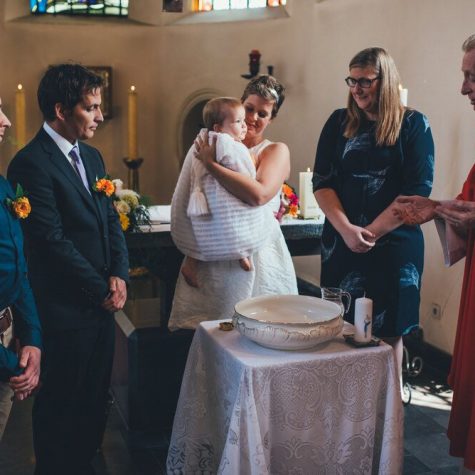 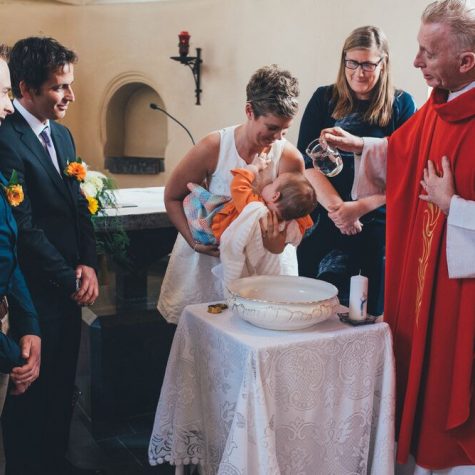 “We had lots of little DIY elements. Little thank you presents for each guest; I bought jam jars and filled them with corn for people to make popcorn. I attached a note to the jar saying ‘thank you for popping by’. At the entrance of our evening venue, I put a frame with two half hearts. Each half of the heart was a map of the town where Luke and I grew up in. Our flower arrangements and my wedding bouquet were made by an aunt of mine.

“I also wrote the entire ceremony myself and made the booklet. Seeing as the wedding was being attended by both my family (Flemish) and my husband’s family (English), I included both languages in the booklet (hats off to the priest who fluently switched between the Flemish and English sections!).” 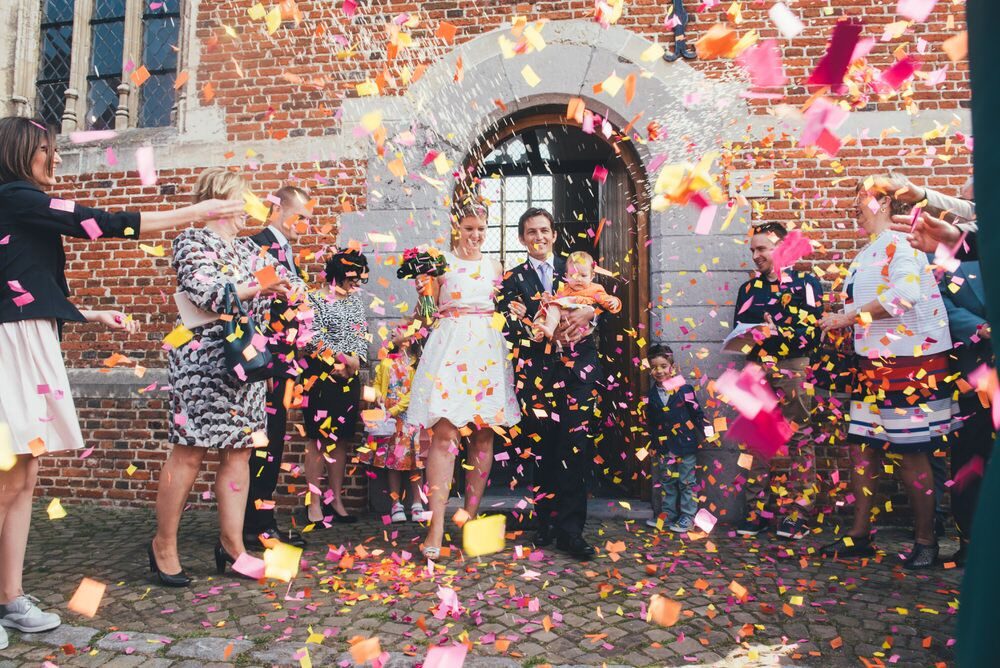 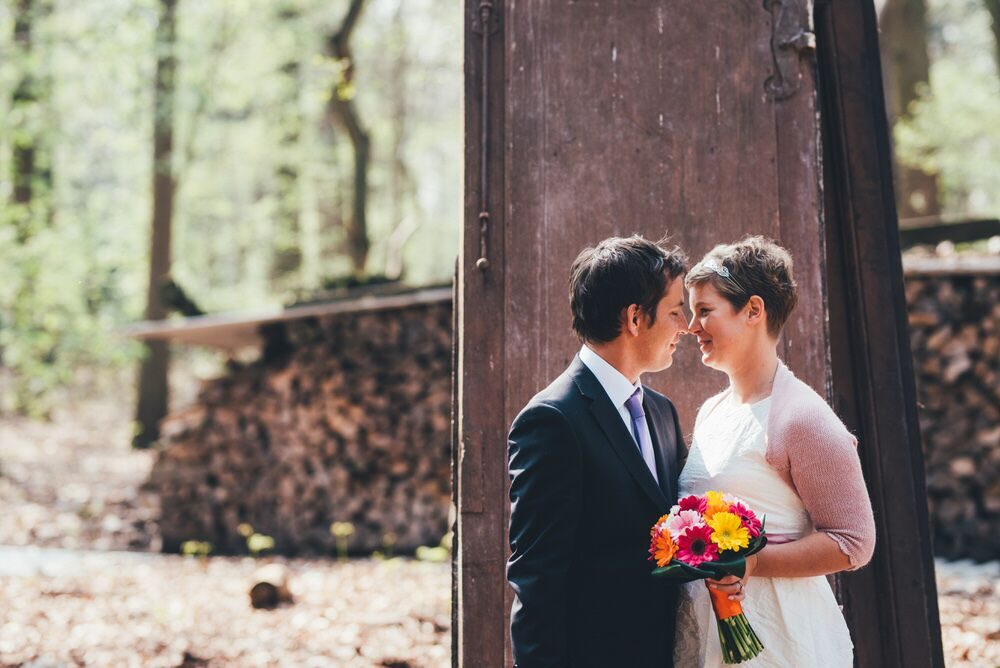 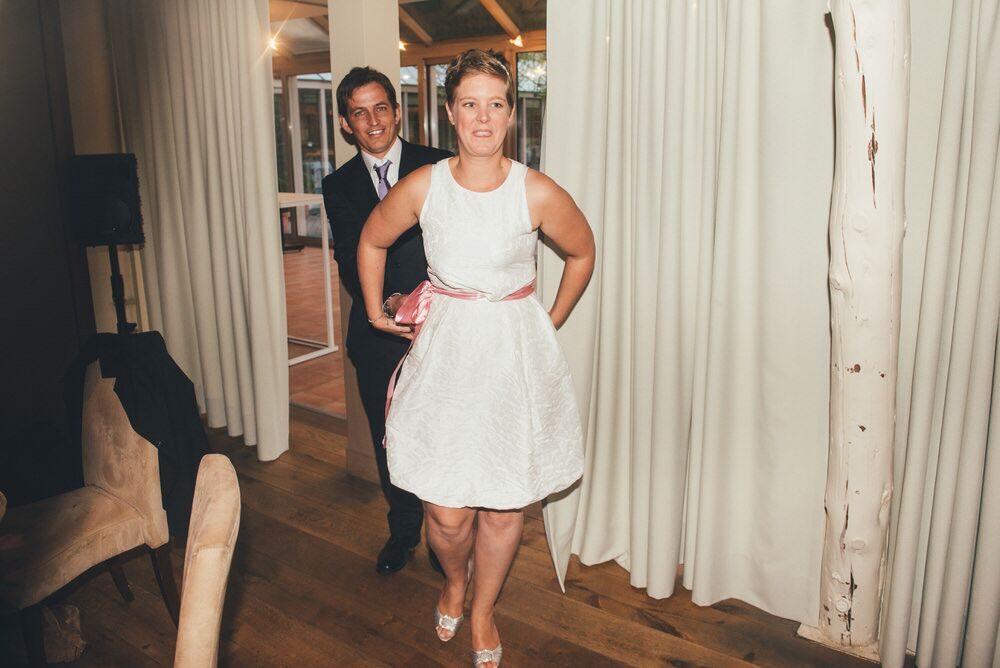 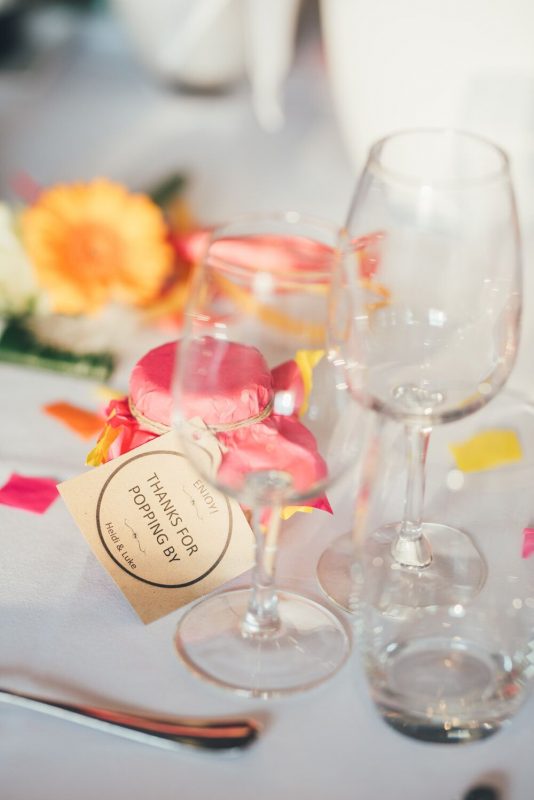