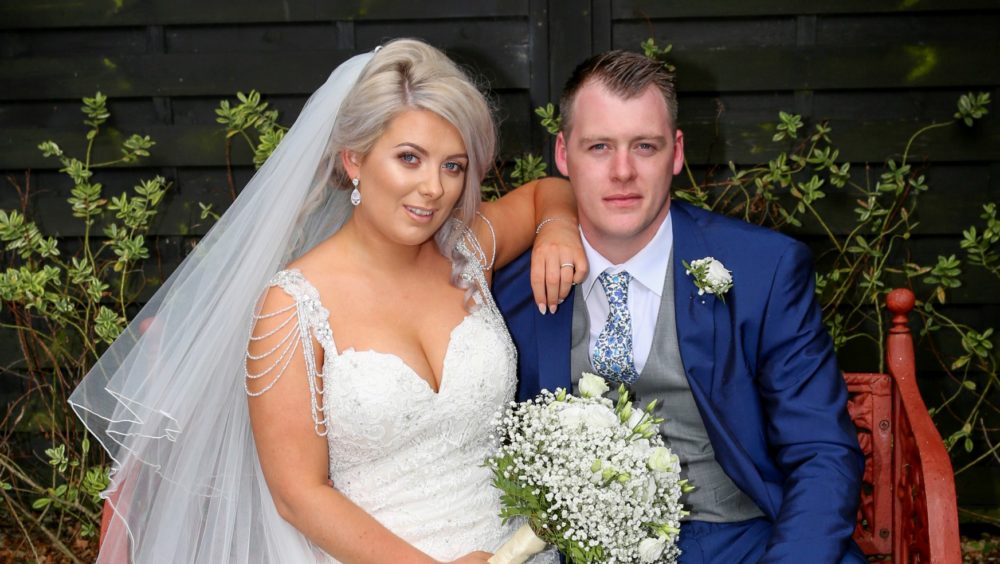 After nine years of love, Natasha and Ryan celebrated their special day at the White Horse Hotel in Derry.

It seems these two were only meant to be, as their paths had most likely crossed many times as children. Years later they were introduced by a mutual friend and the rest is history! Apparently, the groom was a bit nervous on the day… with his beautiful bride walking down the aisle, we can’t blame him! Natasha looked gorgeous, shining from the inside out in her dreamy gown embellished with lace and beading and a floor-length veil.

Take a look at these sweet smiles and their joyful celebrations at the White Horse Hotel captured by McLaren Photography.

“Nine years ago we met through a mutual friend and have been together ever since. Little did we know some of our families were friends and that we probably knew each other from we were younger as Ryan would of ran around with a few of my cousins up at my granny’s house so I most likely was playing football with him before ha-ha.”

“Two years ago we were in Florida with my brother and sister in law and to my surprise, this is where we got engaged. It was a surprise Ryan never told that many people though, he did ask my dad for his approval to propose but he and my dad never even told my mum ha-ha.  We went up to go on the Orlando eye one night at this point Ryan had told my brother he was going to propose but he didn’t tell his wife. So my brother said he didn’t want to go on it because he was scared of heights so his wife was huffing with him because she wanted to go on it. I told her to come on it with us but she was still huffing so she didn’t bother. We were in a cart on our own and on the way up I was saying about how I thought there would of seen a lot more to see considering how high up we were and Ryan said I didn’t just bring you up here for the scenery you know lol and I was like what do you mean he then took out the ring and opened the box I was in shock and obviously said yes was over the moon then we couldn’t wait to get back to the bottom to were my sister in law had forgiven my brother for not going on the Orlando eye because it was part of the plan lol.” 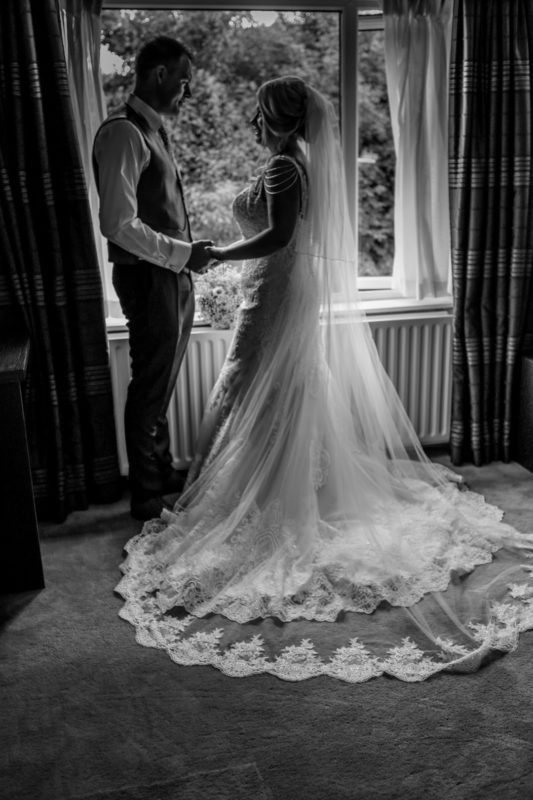 “We decided to go to a bridal open day in the White Horse Hotel one day as we had stayed in the hotel before and loved it. We loved the look of their packages as there is quite a lot in them and we ended up just booking it that day. It was somewhere different for us and for almost all of our guests who had never been at the hotel before. But we were so happy with the choice we made.

I was impressed with absolutely everything about our venue. Our rooms were decorated beautifully the champagne reception and chocolate fountain on arrival was amazing. The rooms were first class nice and modern. The food was beautiful. Our wedding coordinator Kimberly was just the icing on the cake for us and all of our guests. Everyone commented on how amazing Kimberly was she went out of her way the whole day to make sure everyone was ok and that everything was going well. Kimberly and the rest of the staff at the White Horse Hotel made our day amazing and made us feel at ease the whole day nothing was of any bother to them.” 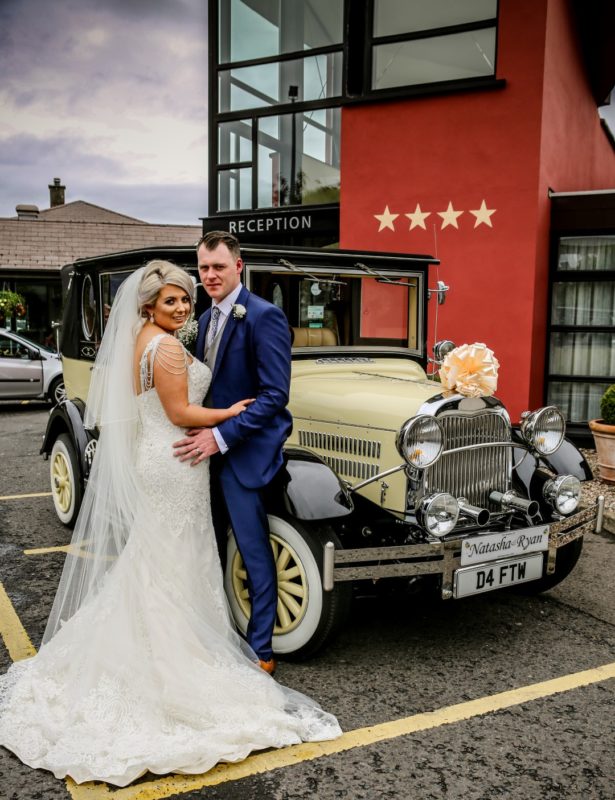 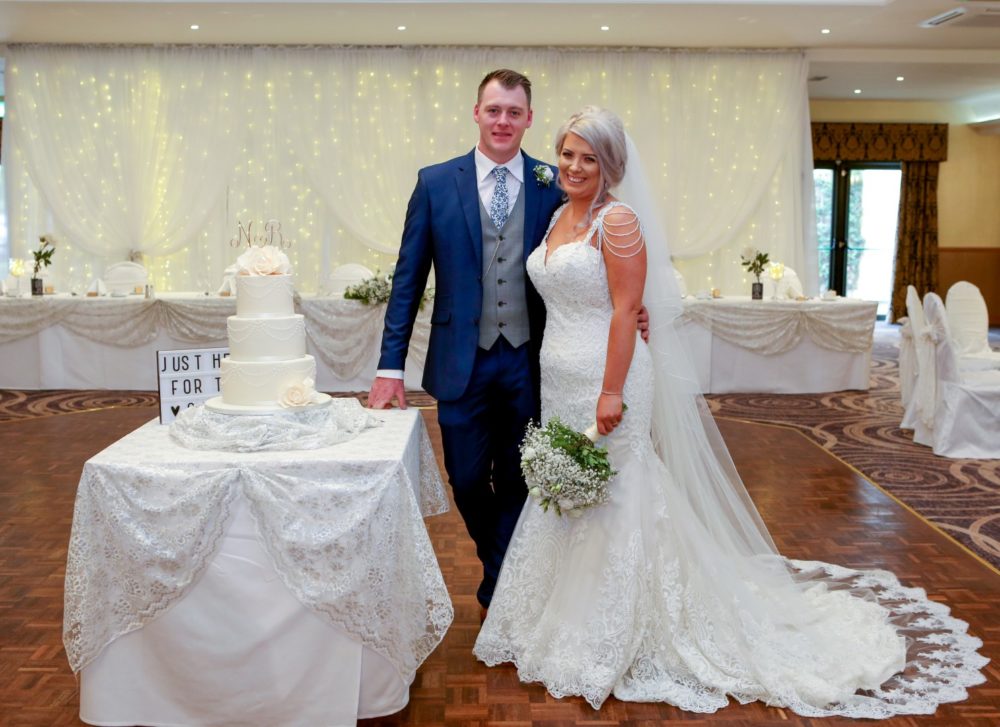 “I decided to my own theme of having my table plan done out as names of different Gins instead of just table numbers. I like my gins so this is why I came up with the idea. I got different Gin bottles for each of the tables and placed them on a ladder with a cork in the top and had my seating plans for the table stuck into each of the bottles. Then I had the same gin bottle on the table with a nice wee flower on it. So the idea being, for example, your table on the seating plan was Bombay Sapphire then you find your table with the Bombay Sapphire bottle on it. It turned out really well everyone loved it. It was something different. We loved the idea of having shots for our wedding favours as well so we done them gin themed also.” 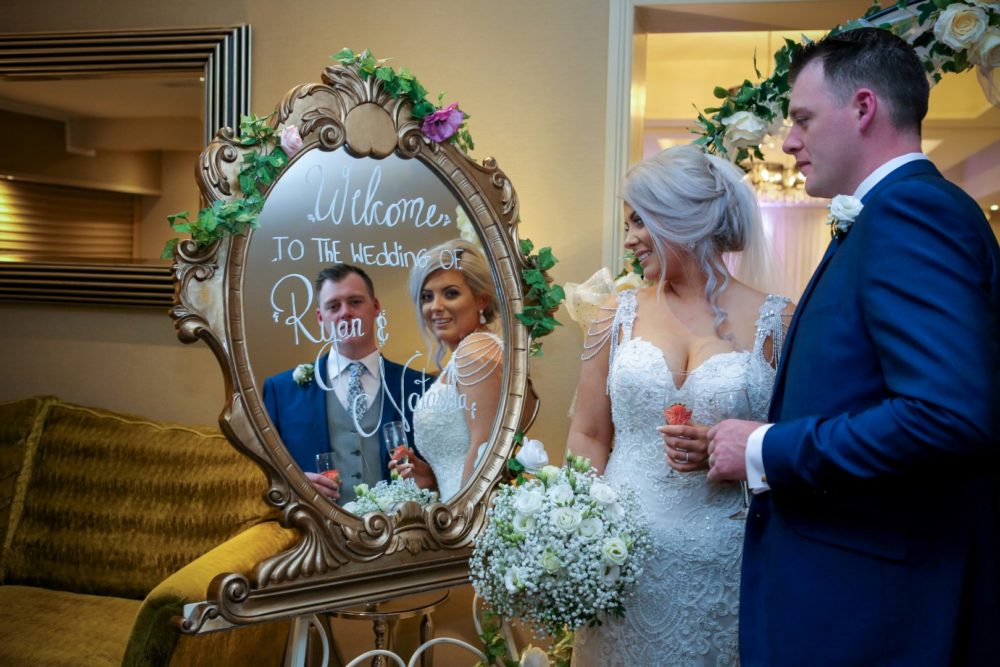 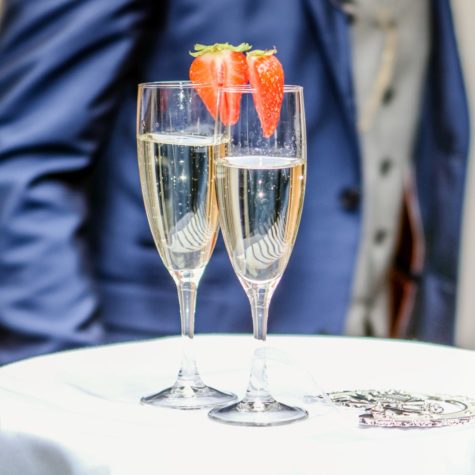 “Was unsure of what dress I would like. Seen divinity bridal on Facebook and said to myself I am bound to go one in there as they had a huge range in their pictures. So got an appointment and went. The girls were so patient and easy to work with. They were so helpful so I picked a few dresses I liked they picked a few they thought would suit me and then picked a few random ones. So I tried on a few wasn’t fussed on them then the girl gave me a strapless dress I said I didn’t want a strapless dress as I don’t feel comfortable in them and the girl told me straps could easily be added so I tried the dress on and loved shape and detail in the dress then the girl set these beautiful embellished straps on my shoulders and that was me sold loved the dress ever since and it was a stunning dress on the day. The men also got a great deal on their suits. There was 7 in total and the wedding centre Randlestown do a great deal to buy them for £179 each which includes 3 piece suit with shirt cufflinks and shoes as well. Brilliant deal and the suits turned out beautiful. The bridesmaid dresses I seen on ASOS and loved them just got my dressmaker to add a nice wee embellishment to the waistline and they turned out perfect.” 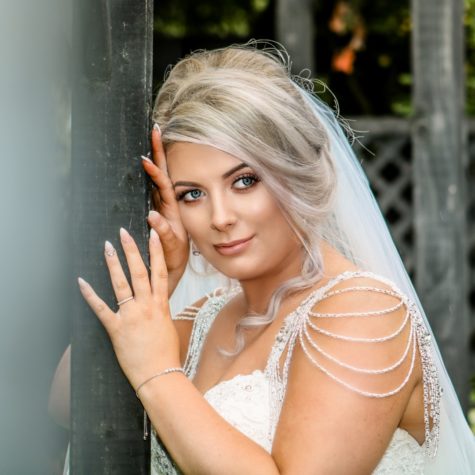 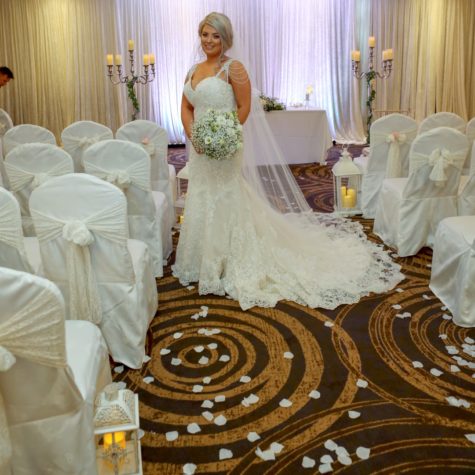 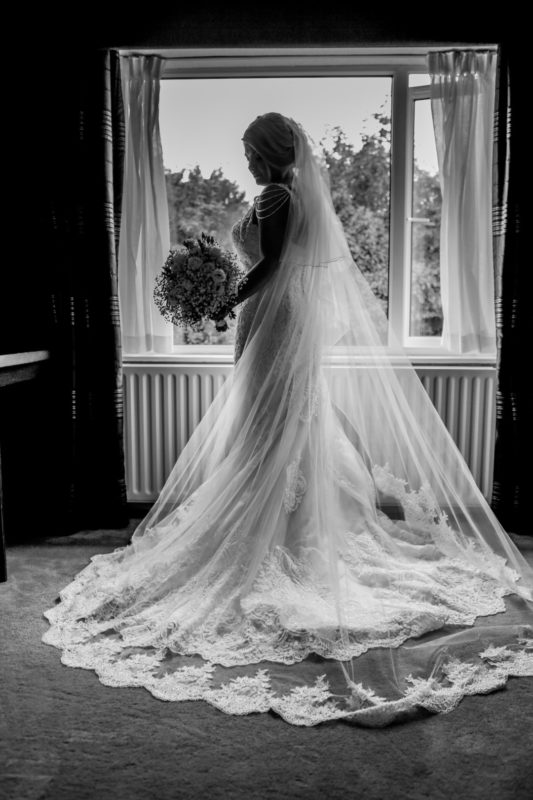 “Our photographers were amazing. Two really lovely people and such a pleasure to work with. They were both so easy going from they came to the house that morning until they finished up for the evening. They know exactly what they are doing and know how to make you laugh so they can capture the enjoyment in the pictures. It all shows in our amazing photos how good they are.” 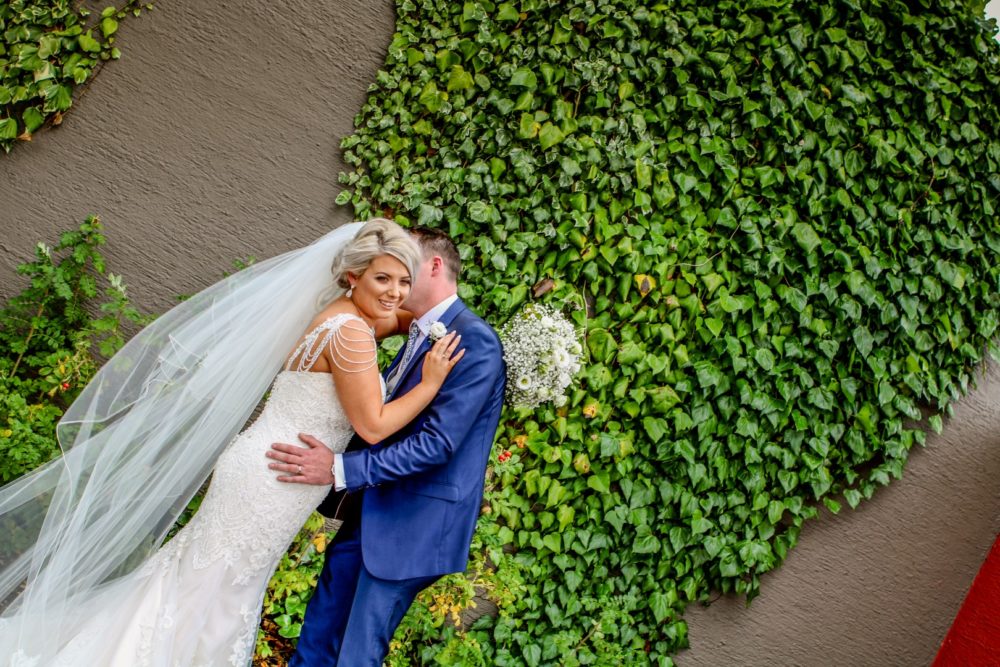 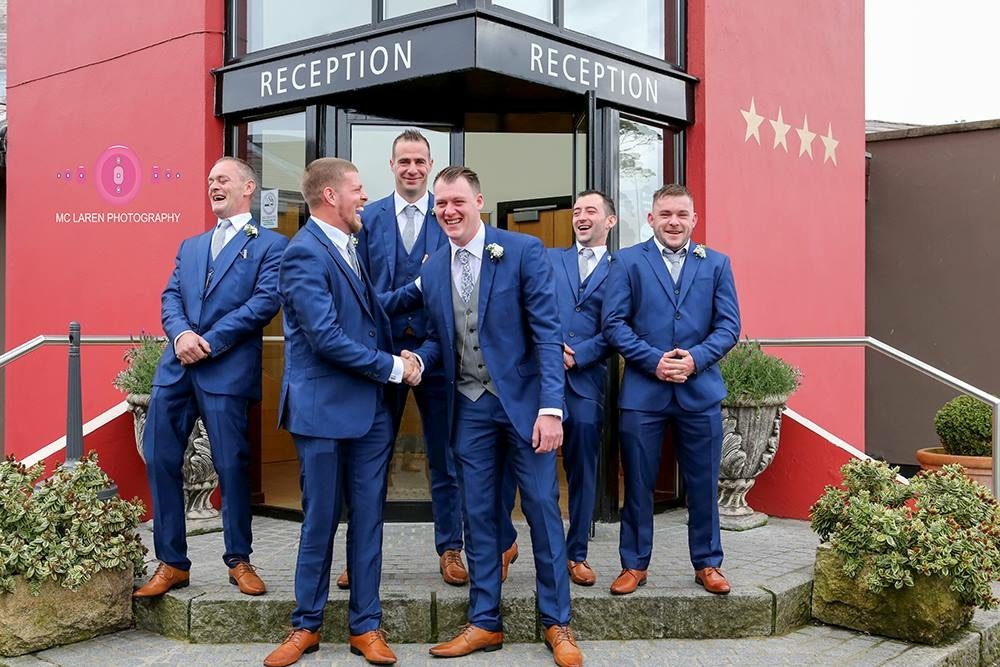 “The whole day was just special. I just enjoyed every minute of it. Would do it all again no problem. The funny thing was I was so nervous about it all as I would be nervous anyway and Ryan was so calm saying there was nothing to be nervous about and it ended up me being completely fine on the day and Ryan being a nervous wreck ha-ha. In the vows Ryan forgot his own name lol. Ryan was also too nervous to even finish his speech so he just said I am just going to say what I want to say the end lol.” 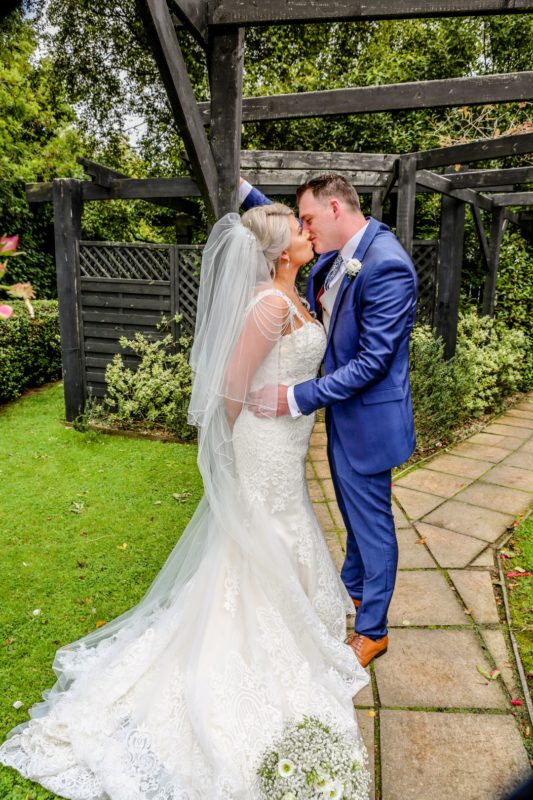 “We would like to thank everyone involved in making our day the most amazing day of our lives. Everything was better than we ever imagined. Our entertainment for the da,y The Just Adam Band, were absolutely amazing. From the drinks reception to the band itself and the disco at the end. It could not of been any better. Best band ever. Such lovely guys everyone loved them. My brother has them booked for next year too so can’t wait to see them again.” 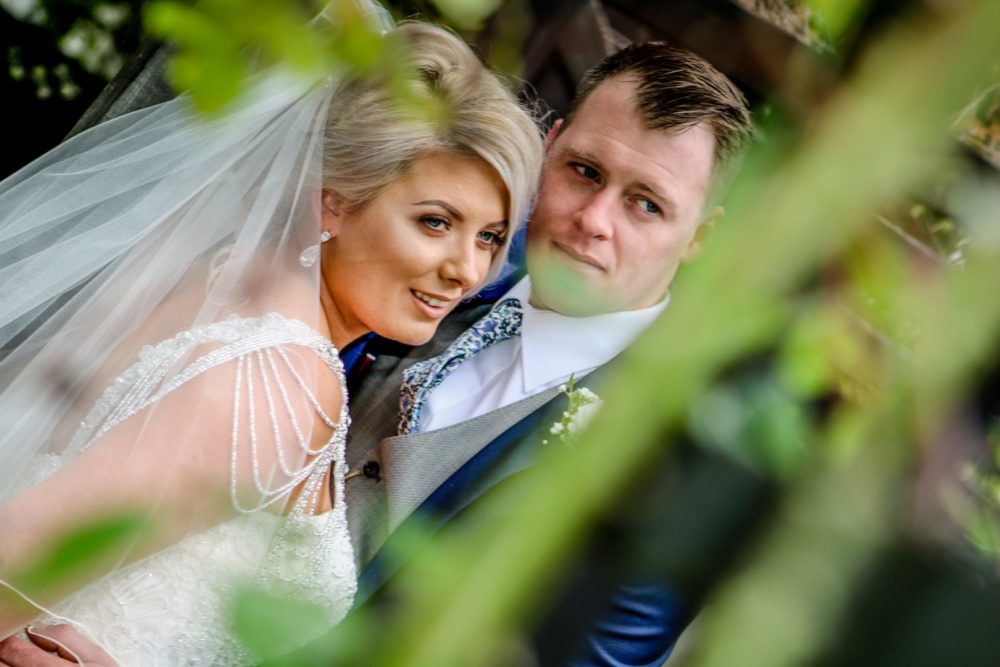 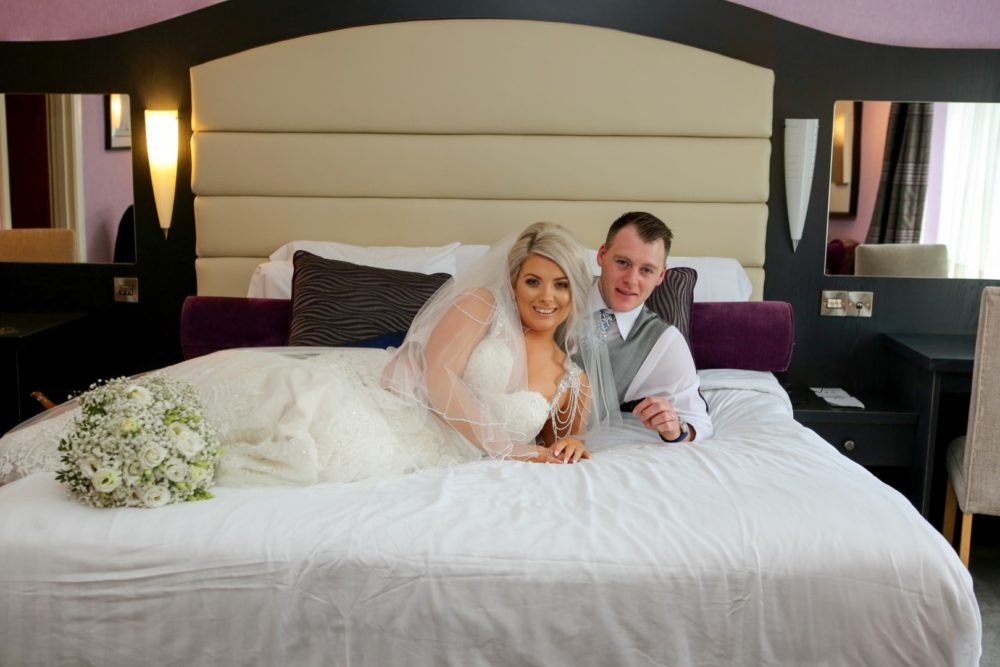