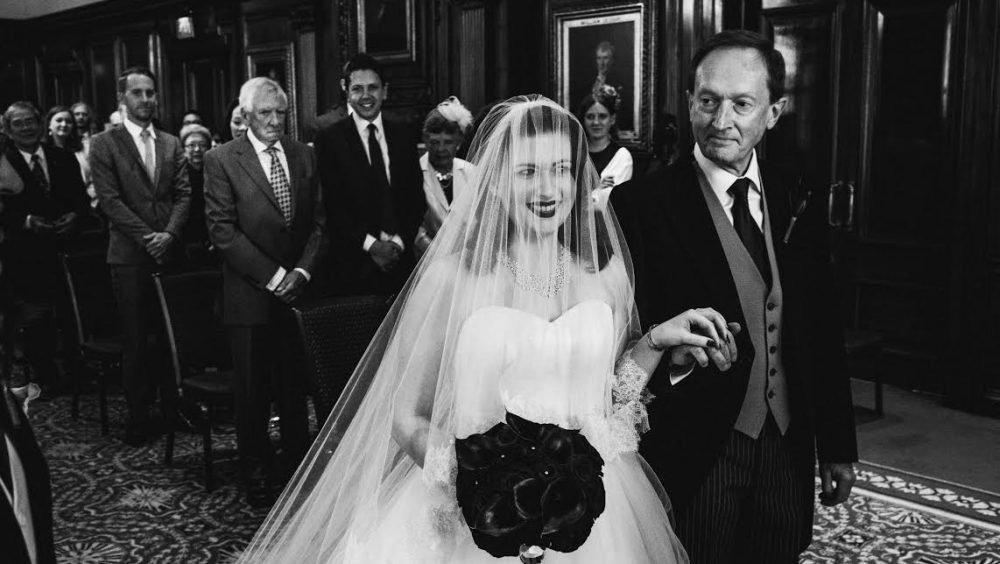 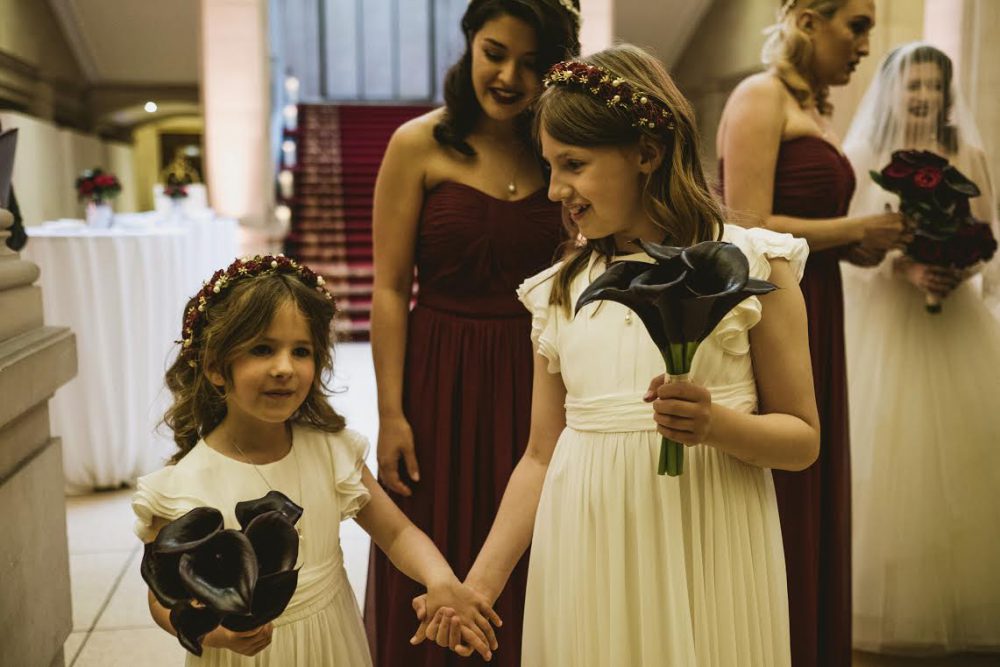 Ahead of One Great George Street’s Wedding Showcase on Tuesday 27th September 2016, we decided to tell the love story of the loveliest couple who celebrated their special day in the heart of London last May.

Like passing ships in the night, Sarah and Will moved in the same social circle for years but never met. But, love prevailed and proved it was indeed fate for them to be together. After finally meeting through a mutual friend, that very same day a dating website’s algorithm matched the pair up and they discovered over 80 mutual friends between them on Facebook!

Their engagement at RuPaul’s Battle of the Season’s 2015 London Show was out of this world!

“Will was in drag as we felt going as a heteronormative couple to the event would not be the right thing to do. We wanted to show our love and support for the LGBTQI community so Will asked me to give him a drag makeover and I wore a fabulous headdress and kimono. We went on to the VIP afterparty and were dancing on the stage with a bunch of people when suddenly Will got down on one knee and pulled out a ring box. He said, “Tonight I’ve been your queen, will you do me the honour of being mine?” 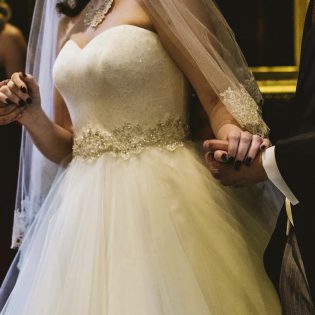 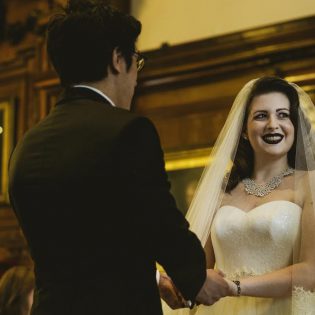 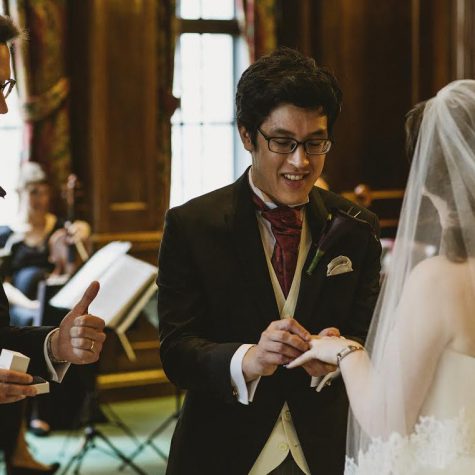 “We wanted to have a venue that would be elegant and traditional for older family members as well as in the heart of London for family members coming from other countries. We also wanted a venue that was up for getting quirky with us – and One Great George Street met everything on our wishlist.”

“Gabrielle, the Events Manager,was amazing. She’s such a professional and nothing was left unchecked. I knew she and the team at One Great George Street would make the day perfect and it was. We’re all still grinning from ear to ear.”

“There were two real wow factors for us and our guests. The first was looking up at the rotunda in the main hall during the drinks and canape reception. It was incredible. The amount of natural light it lets in is stunning and it makes for wonderful photo opportunities from above too. We had confetti thrown from the rotunda and were photographed and filmed from both above and below as it fell. It was really beautiful.”

“The second wow factor for our guests was the Great Hall. It had 43ft high ceilings with fresco and gilded pilasters on the walls with uplighters giving the entire room real elegance and drama. It felt almost regal.” 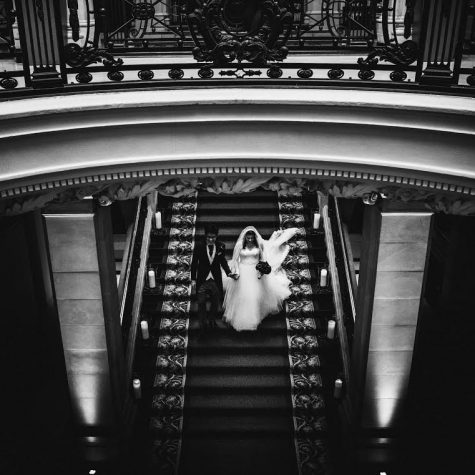 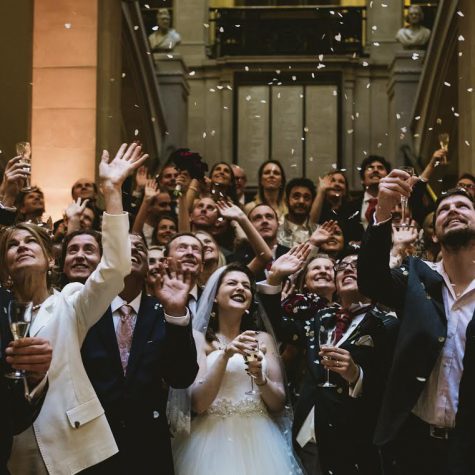 “Our wedding photographers were simply amazing. Dom and Liam from York Place Studios were genuinely interested in us as a couple and our dynamic from the very first email. They asked all the right questions, so they could really get a sense of us and know how to shoot the wedding perfectly on the day itself. I think we’ve accidentally turned them into drag fans in the process!”

The beautiful bride creatively made the couple’s DIY cake topper to add a magical finishing touch to their seriously WOW-factor wedding cake.

“I made the ethically sourced taxidermy mouse bride and groom cake topper myself and I sell them on my online store too. You have to be careful with them but as long as you sterilise the base and avoid brushing the mice against the cake then it’s fine. I make them to order and you can message me on my Facebook page -the mice can be tailored to match the happy couple, just like I did for mine and Will’s wedding.” 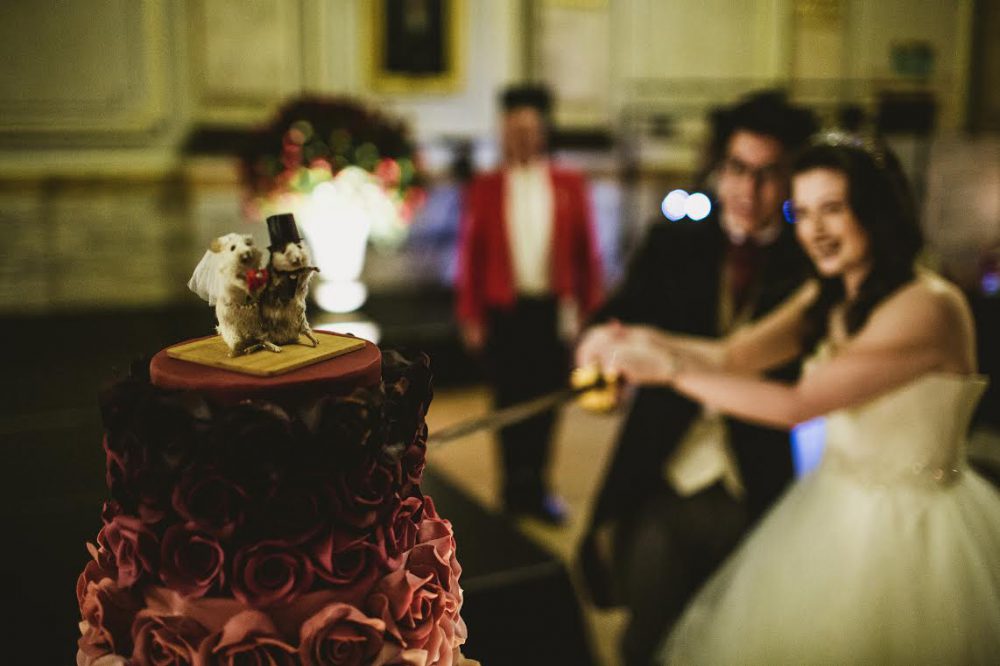 One Great George Street’s Events Planner, Gabrielle, built a stage with catwalk for the highly-anticipated first dance – which turned into an EPIC flashmob and lipsync to Sissy That Walk by RuPaul.

“Will and I started off a romantic first dance to Nat King Cole’s ‘Unforgettable’ before the track screeched to a halt half way through and ‘Sissy That Walk’ kicked in. Will rushed off the dance floor and the bridesmaids and I took to the stage to do a routine with fierce catwalk run. During the second verse Will entered the stage in heels, a wig and stockings and sissy-ed that walk down the catwalk. As he finished lipsyncing to his verse, his three groomsmen strutted out too and the guests were shrieking with excitement. It was a great way to break with an evening that was otherwise quite traditional.”

Huge thanks to Sarah and Will for sharing their utterly fabulous wedding day with us and to their photographers at York Place Studios for allowing us to publish these beautiful shots. For more information on weddings at One Great George Street, call the Team on +44 (0)20 7665 2323. To register for an exclusive invite to their Wedding Showcase, go to www.onegreatgeorgestreet.com/wedding-showcase