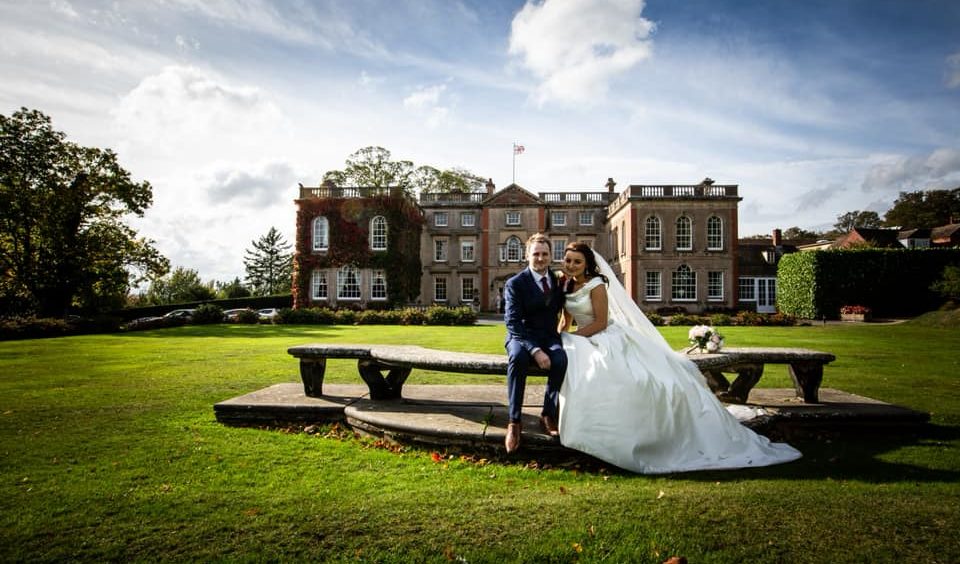 The Place For Us: Sam + Luke at The Elms Hotel & Spa

There’s nothing like the glow of an autumn wedding…

It may not have been love at first sight, but this couple is the perfect example that sometimes it’s the best things in life that take time.

From spectacular grounds to fiery foilage backdrops, Sam & Luke’s October wedding day at The Elms Hotel & Spa was simply radiant. Although the Worcestershire manor house was the first on their viewing list, there was no comparing its historic beauty and idyllic setting for the couple’s upcoming nuptials. With an award-winning wedding coordinator by their side, Sam and Luke were able to plan a day they’d always dreamed surrounded by loved ones.

“We first met when we were both working at Dudley Zoo, Luke was a bird keeper and I worked in the gift shop. We didn’t hit it off straight away, however, after getting to know each other properly we decided to go on a date and a year later we were living together.” 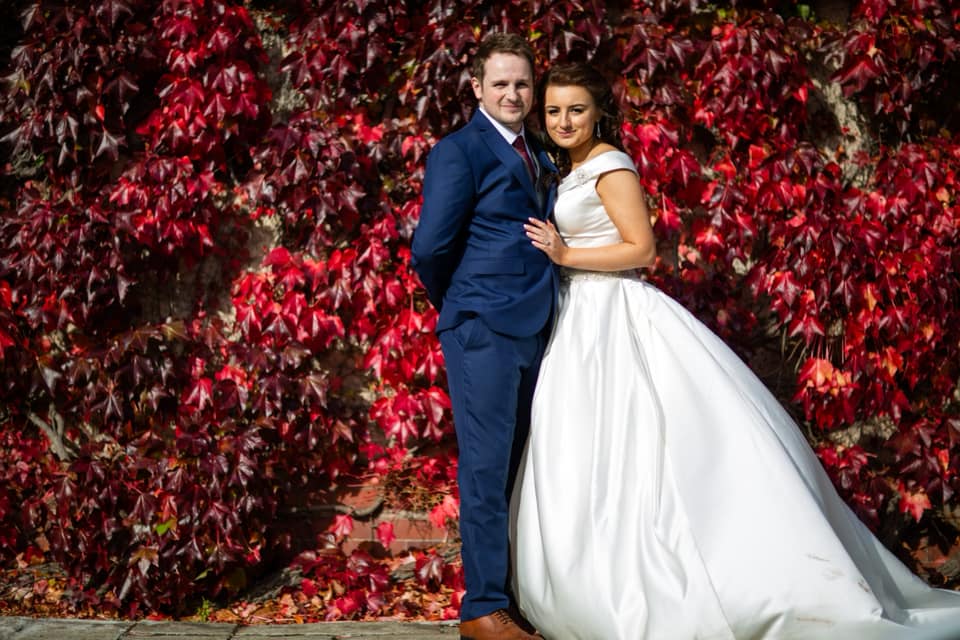 “I originally thought that Luke planned to propose on Christmas Day 2016, however, he had a different plan and, on a dog walk around Hurcott Lake on New Year’s Eve 2016 he asked me to marry him. Luke told me had ‘spotted a bird’ across the lake and handed me the binoculars so I could see it, and when I turned around to complain that I couldn’t see anything he was on one knee holding out the ring.” 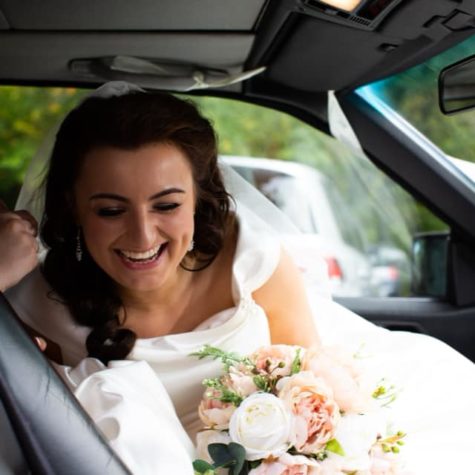 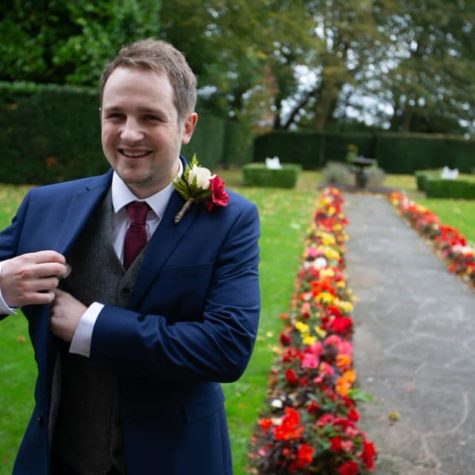 “The Elms was the first venue we went to look at and from the minute we walked in Luke had decided that it was the place for us. We only went to see two other venues and neither of them compared to how we felt when we looked round The Elms. It was also in the perfect location, halfway between my family and Luke’s.

Having an October wedding, and knowing English weather, an important factor for us in choosing our venue was that the inside would be suitable to hold all our guests, all day and look beautiful in pictures. The Elms not only had that, but beautiful grounds as well, which we were lucky enough to be able to take advantage of. All of our guests commented on how amazing The Elms was and how great all of the staff were, and it really suited the feel we wanted for our day.” 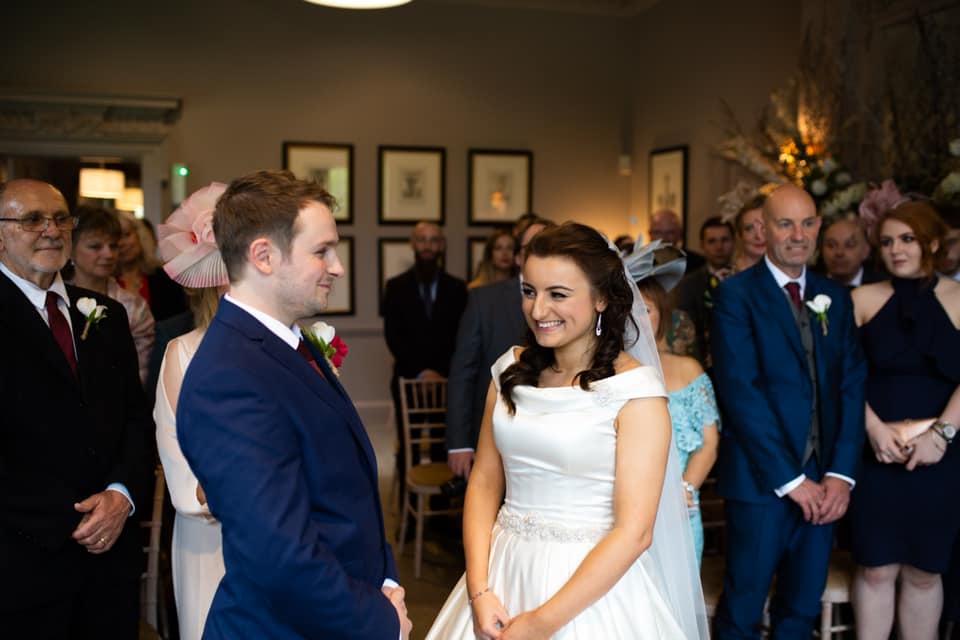 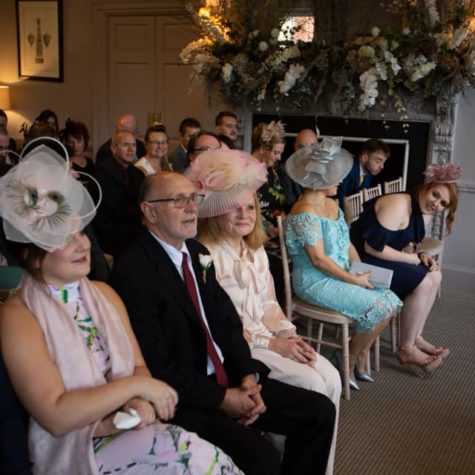 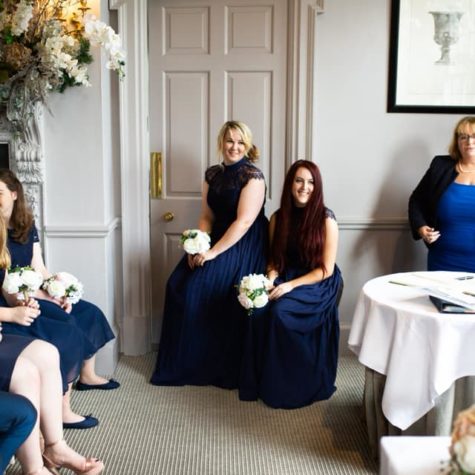 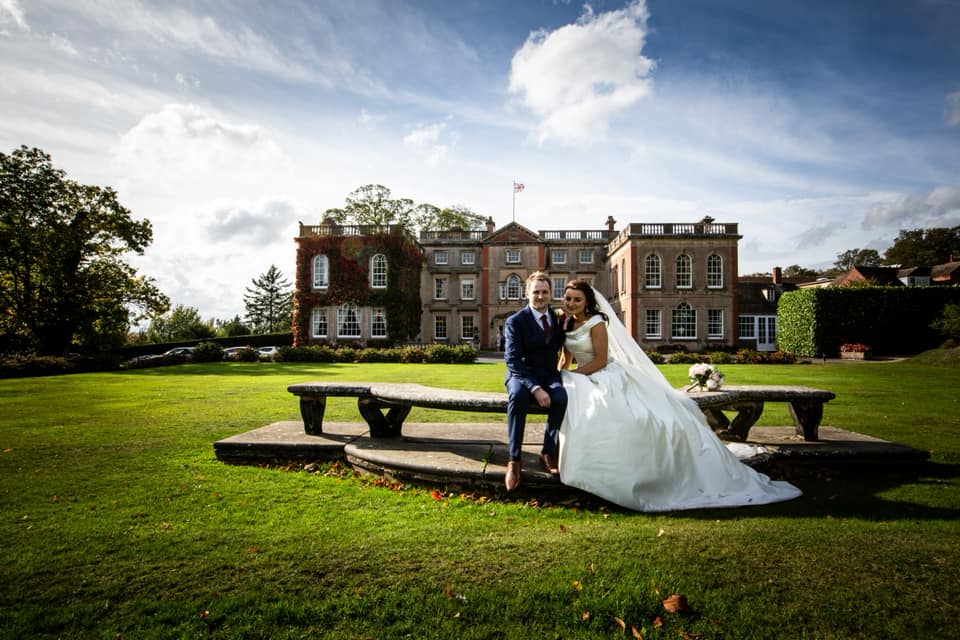 “I met Aaron at a wedding fayre and knew straight away that I wanted him to photograph our wedding, and, after showing Luke some of Aaron’s work, he was easily convinced as well. We love all of our photos and he captured some really amazing moments throughout the day. Everyone commented on how great he was and how at ease he made everyone feel while photographing them.”

“We wanted to DIY as much of our wedding as possible so the centrepieces, bouquets and sweet table were all made by ourselves. We decided that we didn’t want too much floral decoration around The Elms, as it looks so nice regardless, so the only flowers were in the centrepieces. Throughout the day we had a ‘selfie station’ with props and selfie sticks for guests to use and a crate of various games which was used a lot by the children we had present.” 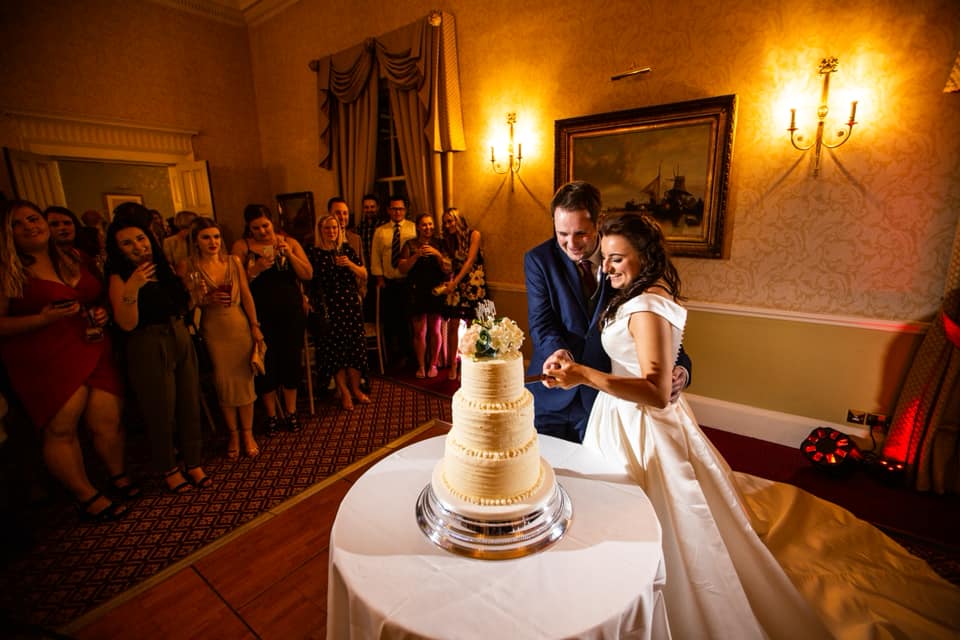 “My dress was purchased from The Dressing Rooms in Halesowen, and although it wasn’t what I had originally planned on wearing I knew as soon as I put it on that it would be the dress I got married in. For the bridesmaids and best men, we knew we wanted something that they would be able to wear again, so we purchased the dresses from Littlemistress.com and the suits from Next. Luke’s suit was also from Next with a tweed grey waistcoat rather than navy blue to make sure he stood out.” 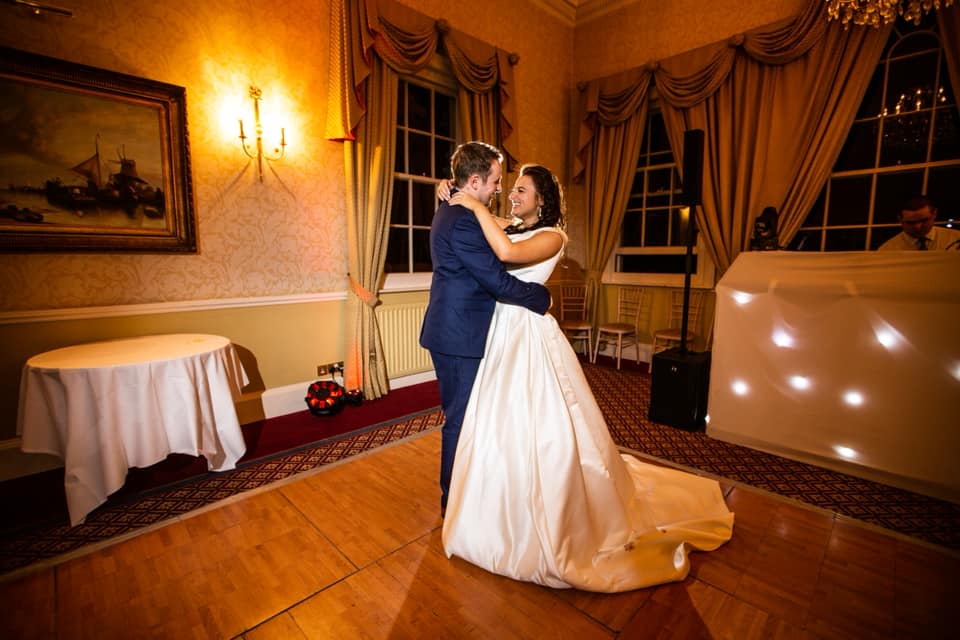 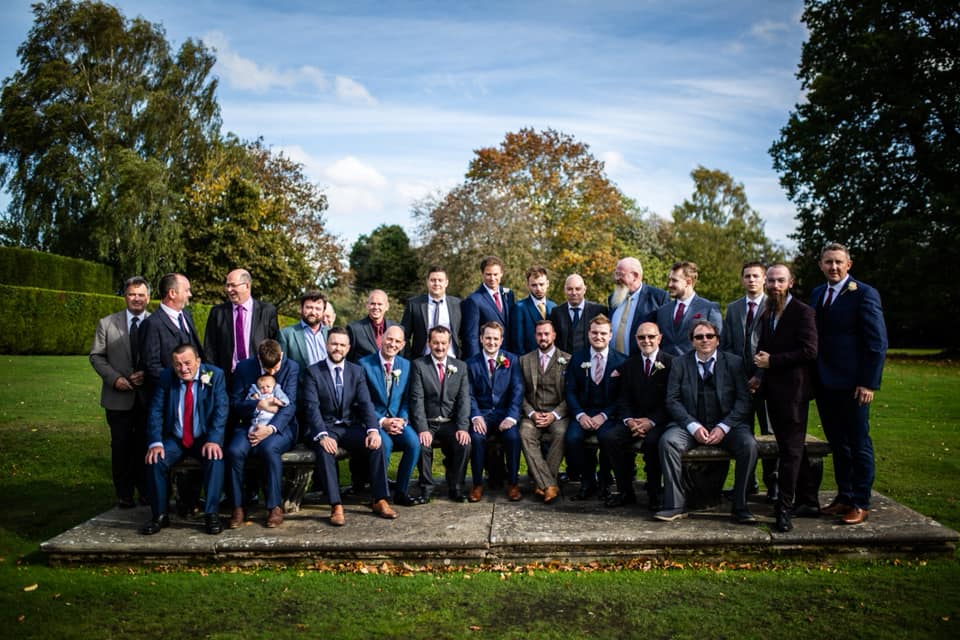 “For me, the most special moment was meeting Luke at the end of the aisle and realising that it was actually all real. – Sam

I thought that I would get emotional walking down the aisle, however, my dress was so big that it kept getting trapped and I ended up laughing at the fact that my dad had to stop me from tripping over.” 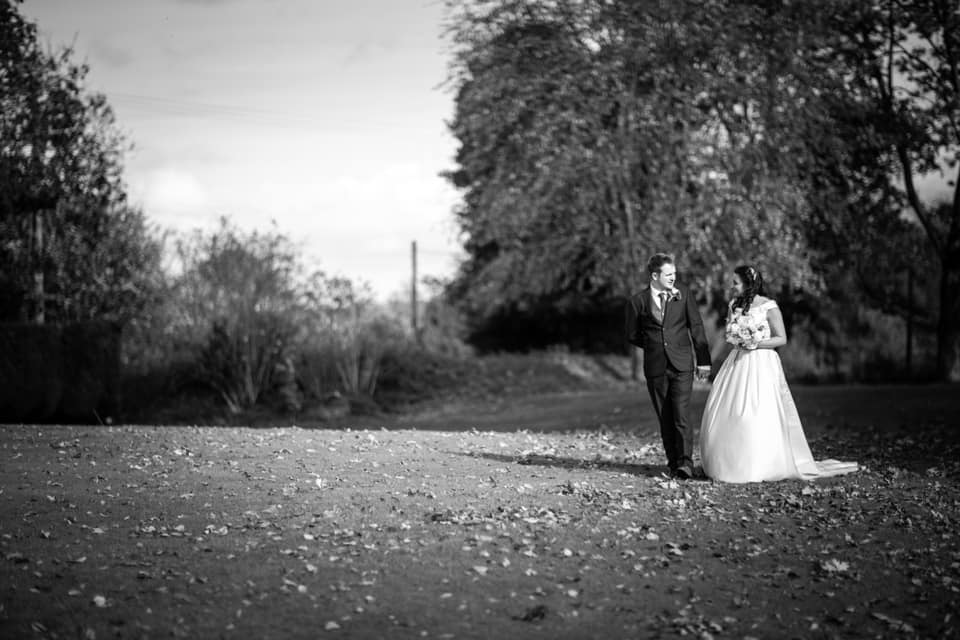 “We can’t thank the staff at The Elms enough, they really did make our wedding day perfect. Emily was such a star from beginning to end and I know I would have been a lot more stressed without her reassurance!” 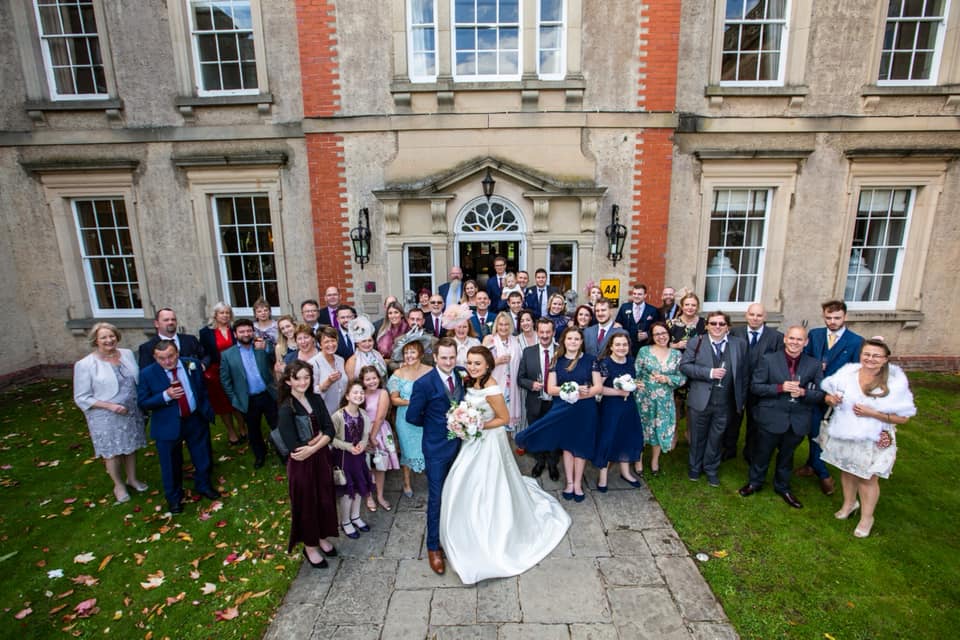